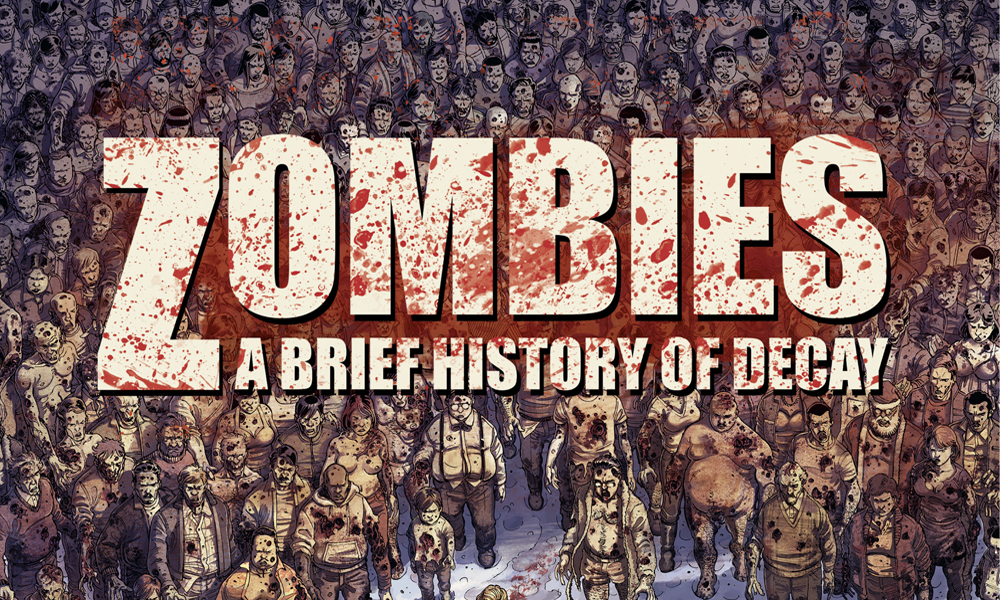 Zombies: A Brief History of Decay is part of a new line of hardcover graphic novels from Insight Editions. The series originally saw print in France from 2010 to 2013. Despite being produced in France this post-apocalyptic zombie plague tale is set within the United States. 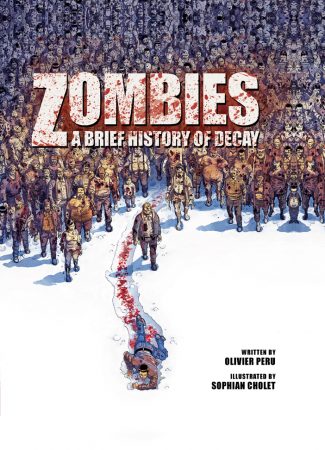 As is usually the case with zombie plague stories the narrative picks up after well into the plague with only small pockets of human survivors eking out an existence. One of those survivors and the protagonist of the story is Sam Coleman, an everyman unique in the fact that he isn’t unique and has survived in a worlds of billions of walking corpses more through dumb luck than his survival skills.

While we see Sam nearly driven to suicide, he is driven on by one sole purpose…to find his young daughter that he was separated from at the onset of the plague. A desperate call from his daughter leads Sam to Seattle where he begins the near impossible task of searching an entire city for a single child while avoiding becoming a meal for the undead. Sam indeed finds a child but not his daughter. Instead he finds Josh, a 12 year old boy with epilepsy who has lost his entire family to the plague.

Sam quickly becomes a surrogate father to the boy as they rummage for supplies and live in relative safety on a boat in the nearby harbor. They are soon shocked to encounter a large group of survivors, inexplicably led by Serge Lapointe, a Canadian actor known for b-movie horror roles. The pair is welcomed into the community with Josh even finding several other kids his age. But the illusion of their safety will soon be shattered as a massive group of zombies…millions in fact, is moving relentlessly towards them. 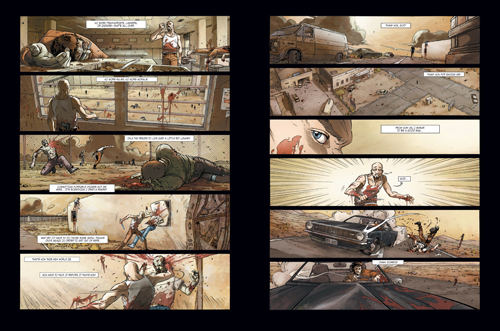 Zombies: A Brief History of Decay is obviously influenced strongly by The Walking Dead. And this can be both good and bad depending upon whether you are a fan of the show. Like that series the graphic novel puts character development well above zombie action. Olivier Peru is veteran comic-book writer, screenwriter, story boarder, and designer for film and television. His story reads much like a TV show with hits complex plotlines, fluidity of story, and rich characters. Hardcore zombie fans might lament that there’s not enough blood and gore but what’s there is used to great effect and certainly graphic enough to satisfy gore fans. One complaint I have is that the story utilizes fast zombies as opposed to the slow moving shamblers of The Walking Dead. I abhor fast moving zombies! They already have us outnumbered, they don’t have to run faster than us, too!

This was the first comic series for artist Sophian Cholet, a former layout artist and animator at Disney. His art is gritty and not unlike that of Walking Dead co-creator Charlie Adlard although less detailed. Topping it off is the mood-setting colors of Simon Champelovier.

While Zombies: A Brief History of Decay doesn’t break any new ground in the zombie genre it is a solid, although at times slow paced bit of work but definitely worth a read.