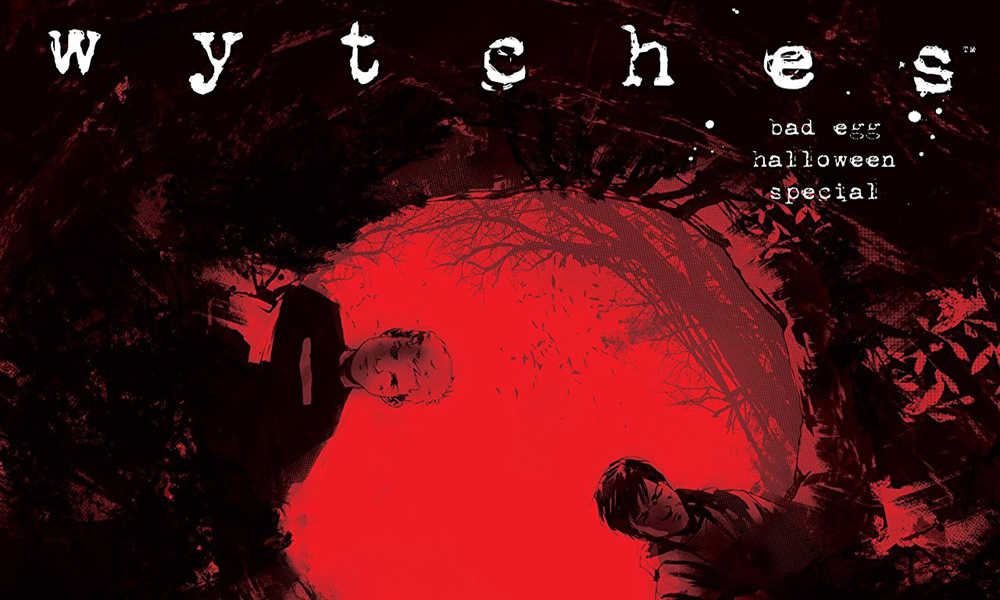 Serving “as both a stand-alone story in the Wytches world and a prequel to the highly anticipated Wytches Volume Two”, this sixty-six page story-line proves just as disturbingly disconcerting as its Eisner Award-winning creators’ previous six-issue mini-series, with its pulse pounding opening featuring a boy being fed to a monster housed in the back of an everyday transit van, and subsequent focus upon Sebastian’s increasingly close friendship with a neighbour who is destined to meet a similar fate down the bottom of a woodland pit. However, whereas in his previous storyline Scott Snyder seemed keen for his audience to piece together his unwholesome tale’s grotesque puzzle for themselves, in this Halloween Special he seemingly prefers to tell the reader almost straightaway how this gore-fest should conclude, and then sits back as the palpable tension builds towards the comic’s frightening finale. 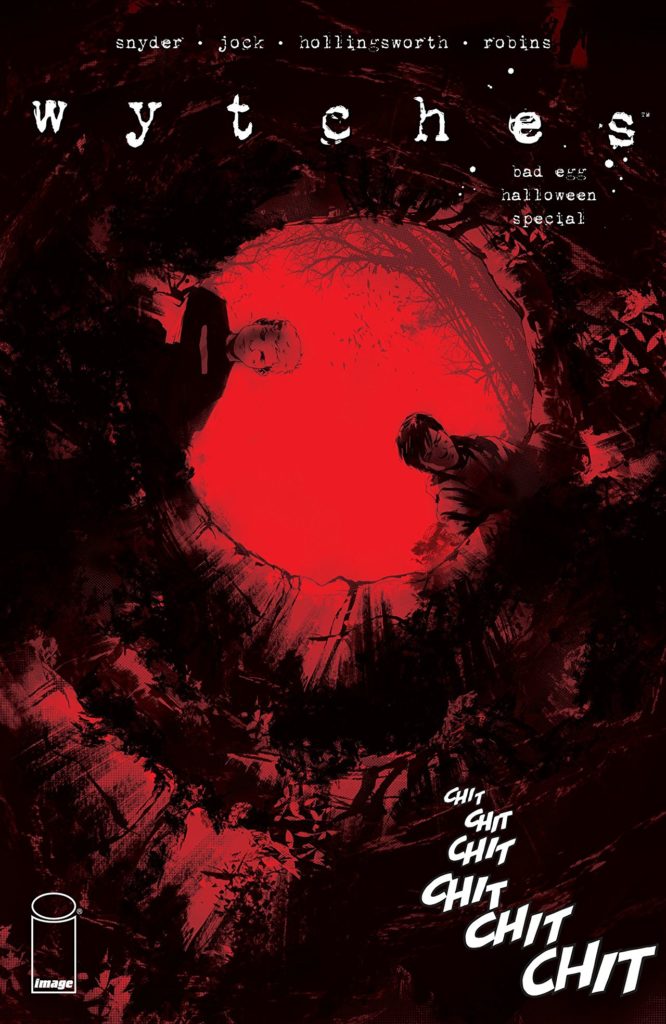 Interestingly though, just because the anticipated ending to this “horror-filled romp” is soon made evident doesn’t mean that it isn’t still packed full of plenty of surprises, as the relationship linking this book’s “two innocent teenagers reared on opposite sides of the eternal struggle between good and evil” continually appears to threaten the truly sickening plans of both boys’ parents; whether that be to have the teenage Seb brutally murder his schoolmate just before they attend a local slot-racing championship so as to end an “age-old blood feud”, or willingly present their “ripe” child to a mercilessly slavering forest-dwelling monster and then gleefully watch him being eaten alive… Indeed, perhaps this perturbing publication’s biggest hook is that despite Ruby and Karl’s best intentions their distressingly macabre machinations only ever partially reach fruition, making the American author’s narrative enthrallingly difficult to discern whether the cast’s various fates are already sealed or not.

Also infinitely adding to this tale’s foreboding aura of creepiness is Mark Simpson’s eerie-looking storyboards, which genuinely imbue even something as innocent as Jackson’s impressively large track layout down in his basement, or a seemingly innocuous school lesson in family trees, with an unnervingly oppressive atmosphere of dire dread and menace. Moderately masked by a gossamer veil of paint splatters and disconcerting light sources, Jock’s instantly recognisable drawings are particularly impactive when portraying the scarily-toothed monstrosity at the end of this tale, and the fiendishly fast creature’s gruesome demise at the hands of the child it was expecting to consume; “Go on, ‘Cough’ baby sister! Beg! Beg Me! Beg!”