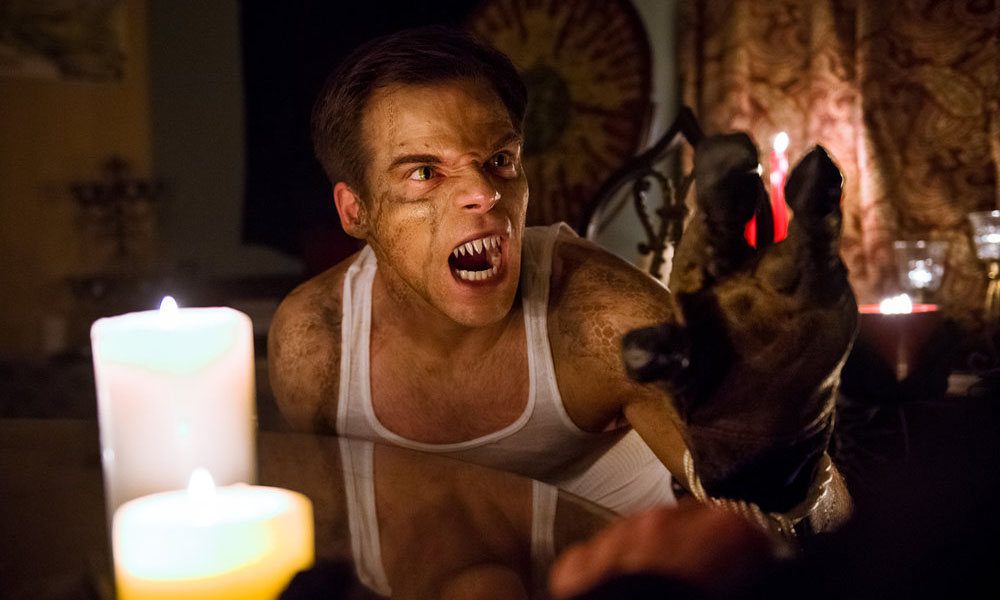 Sometimes a title is just so good in your mind you have to make a movie out of it. 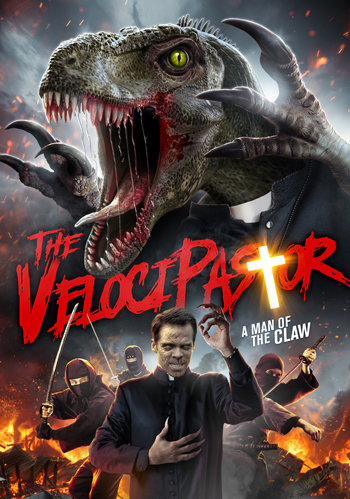 Granted you may not have a budget or talent to make that movie, but that never stopped anyone throughout the history of guerrilla filmmaking. Velocipastor is an intentional throwback to an era of experimentation in cinema when the attraction of films changed from being something high class that needed to wow with special effects or impress with an all-star cast and instead could be some something shocking, schlocky, cheap, bizarre, and entertainingly offensive. The Grindhouse aesthetic in which scrappy teams would shoot ambitious genre pictures in a couple of weeks and reap the rewards of a low overhead if they could entice through creativity or the promise of drugs, sex, and explosions. Even at the time the seams would show with bargain bin costumes and cardboard sets, but what attracted the masses was the thrill and danger of seeing something forbidden and raw: dangerous stunts, controversial themes, unapologetic crass thrills galore.

The problem arises that it’s all basically been done. We’re no longer truly offended by anything to the point that we have to invent reasons to be offended. Blood, guts, sex and invectives are so ubiquitous in every form of media it doesn’t pop any monocles anymore. Even the concept of parodying junky VHS era entertainment is so old hat that major studios are already releasing sequels to their own spoofs on the matter.

So Velocipastor has an uphill climb to either be an impressive sincere attempt at a B-movie or a fresh take on parody. Maybe that’s why it doesn’t attempt either.

Velocipastor is a no-budget student-film quality vacation video in which a bunch of friends had a great couple of days playing around in the woods. There’s nothing here you haven’t seen anywhere else done a hundred times better. The film wears it’s influences on its sleeve, with so much borrowed from Lloyd Kaufman he should get a producer credit, but has so little personal identity it’s not so much a spoof of B-pictures it’s a gigantic joke on itself. Which may have been intentional. Nobody here is an incredible actor but they’re all having a great time saying the cheesy dialogue, goofy jokes, and having little to no understanding of either Christianity, dinosaurs, ninjas, or prostitution despite each featuring heavily. There’s no lack of passion, but there’s a lack of effort. From the flat cinematography in duty-free forest clearings and back alleyways to the truly awful dinosaur costume this is bottom of the barrel production that doesn’t take itself seriously, but does lead to an interesting question.
Who is this for, besides the cast and crew?

Fans of B-films won’t find enough action, creativity, enjoyably terrible moments or really anything here to justify the time investment. Fans of trash cinema can find better and more sincere efforts that fell flat despite someone trying hard, which makes the failure more enjoyable than if like Velociraptor nobody tried at all from the beginning. It’s not sexy, gory, or even offensive enough to impress and it’s not funny enough to be a solid spoof.
I’m not angry or disappointed with this film. It set out to be garbage, and it succeeded in its limited ambition. but like a child’s first finger-painting you can applaud the potential but you cannot feign being entirely legitimately dazzled. It’s not pretentious, kind of adorable, and as much as it tries it will not make anyone that angry about the subject matter. It’s so generic it might seem cynically conceived, but it’s so hilariously inept it’s impossible to believe this was anything but an excuse to play around with some friends.
The only galling aspect of Velocipastor to me was how it cribbed well known genre jokes and seemed to believe itself incredibly clever for doing so. If you’re a connoisseur of B-pictures a gag at the end may either make you chuckle or facepalm hard.

Regardless, nothing new, nothing too inventive, but if you want to see people having so much fun doing silly things they are literally breaking up laughing in the middle of scenes this might be worth a watch with your own friends to laugh at the jokes and the effects alike.