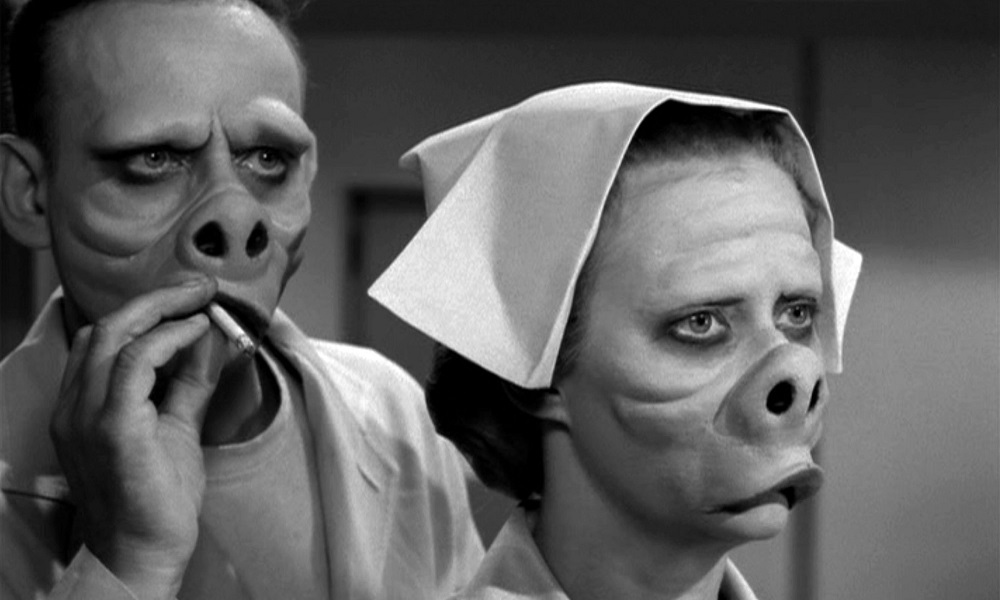 We return once again to the nebulous realm of double-dipping. With a perfectly decent version of The Twilight Zone already available on Blu-ray, CBS has seen fit to release a slightly stripped-down new rendition this Christmas, with different packaging, but the same basic content. That’s not necessarily a bad thing, especially if you don’t yet own a copy. And few TV shows demand inclusion in any Blu-ray set more than this one. 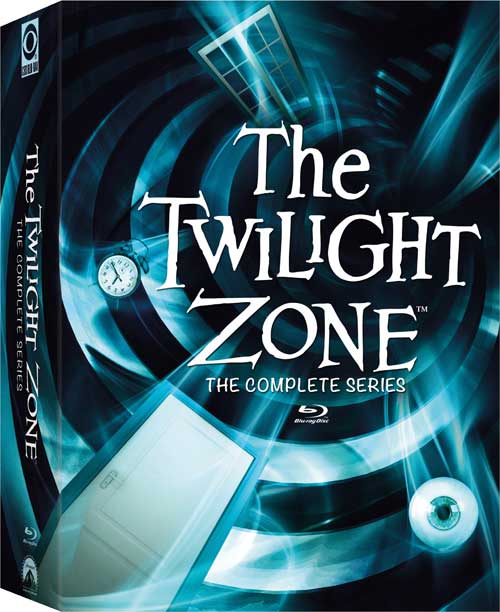 Indeed, with the possible exception of the original Star Trek, no show is more important to the development of the genre on TV than this. The anthology series quickly became renowned for its sharp writing, pointed social commentary and those O Henry twists that we all waited for with finger-rubbing glee. It’s hard to go too far wrong simply by showing us the goods, and with digital restoration and a plethora of audio options, every one of the show’s 156 episodes look sharper than ever.

Of course, not all of those episodes were masterpieces. The benefit of the anthology format meant that Rod Serling and his team could walk away from the stinkers with no casualties. The show rarely dipped that far, but mediocrity cropped up more often than we might like, especially during the 4th season which abandoned the half-hour format in favor of longer – and ultimately more bloated – stories.

But when the show sang, nothing on this Earth could touch it, particularly with its most beloved episodes like “Nightmare at 20,000 Feet” and the still-so-terrifyingly-pertinent “The Monsters Are Due on Maple Street.” And the oval quality of each episode remained surprisingly high: every season contained its share of masterpieces, and even the pretty-good episodes outpaced the misfires by a huge margin.

If you don’t own the earlier sets, this one makes a slightly more economical buy: costing a bit less than the 2012 Blu-ray release, and still delivering the sparkling quality that this show deserves. Sound and image are perfect, and the set offer viewers the option of listening to a remastered audio stream or the original audio stream. Utility is the name of the game: the set stays focused on the shows themselves above all, which is as it should be.

That isn’t to say there aren’t extra features: everything from recorded lectures from Serling himself to interviews with key players like Richard Donner and Richard Matheson. They include a few genuine oddities (including audio plays from modern actors, for you eager millions waiting for that Fred Willard version of “The Howling Man.”) but always provide loads of fresh insight into episodes we thought we knew by heart. The better episodes get more love, of course, but the extras provide a reliable balance overall.

Indeed, one of the few real complaints is the fact that the special features are scattered throughout the set, though that carries more logic than it sounds. Each feature is paired with its pertinent episode, meaning that you need only look for the episode you want to find out what kind of bells and whistles pertain to it. It feels counterintuitive, but you quickly get used to it. (Some of the interviews go awry too, with the interview simply unable to get out of his subjects’ way.)

Of course, that doesn’t mean much when you already have the 2012 release. It includes no new features and nothing else that justifies a double dip: just a more compact case and a slightly cheaper price. I can’t say I prefer this version over the earlier one, and at the end of the day, it’s about a wash. But the show itself remains evergreen, and if you’re looking to pull the trigger on a set this Christmas, the lower price will get you what you need with a little money left over in your pocket. The packaging matters far less than the content: one of the greatest science fiction series ever made that demands a permanent place in your collection. You could do a lot worse than this one, and lose nothing important by a little judicious bargain hunting.