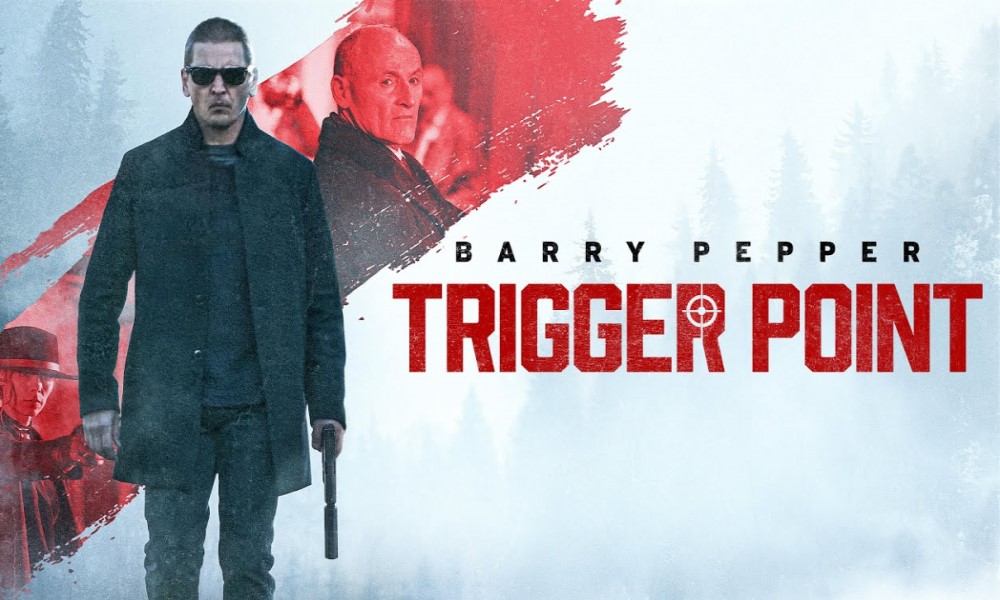 Point one: silenced pistols do not sound like high pitched nearly silent abrupt whistle. I know this is a trope you’ve gotta use nowadays or nobody will buy a ‘silenced’ pistol anymore, but it never ceases to amuse me that silenced guns in movies are both brighter and quieter than they should be. 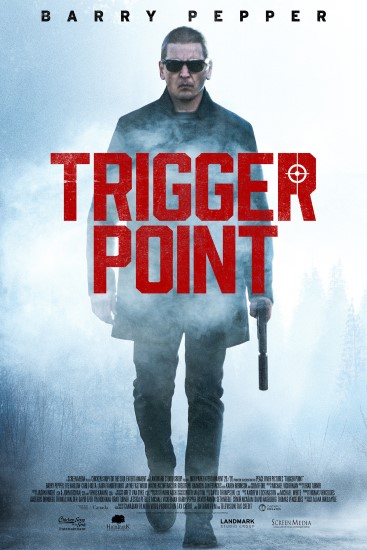 Regarding the film itself, Trigger Point is boring John Wick.

Nicholas Shaw, our taciturn ‘antihero’ (although that term implies he has more dimensions than just another squeaky clean protagonist who kills only bad people) is a retired assassin/agent who is lying low in a small town, splitting his time between deeds of selfless charity and operating his absurdly sophisticated drone surveillance security system. Everyone in the agency has names like ‘Kane’ and ‘Logan’, speak in perpetual growls, and have decades of backstory the modest budget cannot afford to show.

When a few old faces from the bad days resurface Nick must follow the leads to track down a compromised agent, deal with a rising new threat, uncover a web of intrigue and betrayal and you’re already falling asleep aren’t you? The major difference between Trigger Point and the films it tries so hard to emulate is that movies like John Wick get to the point in record time. As if acknowledging their plots are probably a bit on the stale side and people are really just waiting to see what flavor of action plays out, a majority of spy action flicks will provide cursory exposition and then focus on creative set pieces.

Trigger Point is under the mistaken impression that Nick and his story is so original and enthralling we won’t mind creeping through it at the speed of molasses. There’s some pretty scenery and decent directing going on here, but the cast is fair to middling so they can’t bring a lot of gravitas to roles that usually amount to muttering and snapping at each other and most of the establishing shots show nothing beyond ‘yup, this next scene takes place in a barn somewhere’.

As for the action, a thrilling sequence of fraught encounters tends to imply some form of even feigned threat. Nicholas is just never in meaningful danger. He’s the kind of guy who takes only somewhat aimed shots at the vicinity of his enemies and they hurl themselves stricken with instantly mortal wounds. At least they mix up the CGI muzzle flashes with some practical effects now and then.

The movie Kill List kept a potentially dull series of assassin movie tropes fresh by focusing on the emotional turmoil of the characters and blending in some surprising elements of horror. Trigger Point provides nothing new in the slightest and just stumbles along until it concludes on a vague sequel plea. Who would want to follow the continuing grumpy adventures of Nicholas I can’t imagine.

I guess it’s the kind of quality you can expect from a writer whose previous credits were Warriors of Virtue: the giant ninja kangaroo movie.