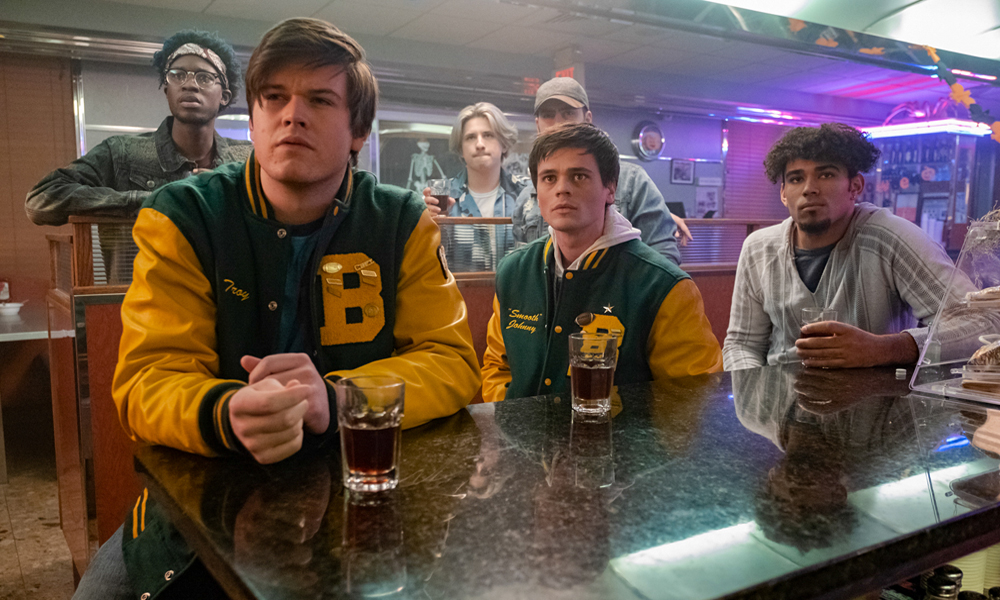 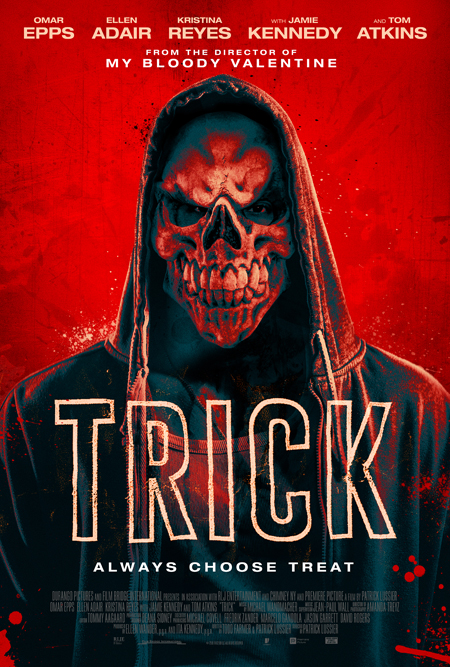 On Halloween 2015 Patrick “Trick” Weaver snaps and starts killing his classmates. He is stopped by a classmate and captured only to later escape from police custody while he is being treated at the local hospital. Over the next four Halloweens Trick returns to terrorize locals and the police who are trying to put an end to his killing spree.

It’s now Halloween 2019 and it’s been four years since the killings began. Former Detective Denver (Omar Epps) has finally convinced Sheriff Jayne (Ellen Adair) Trick must be dealt with. I mean it’s been four years and he’s left several people dead, including FBI agents and sheriff deputies, but hey, let’s not take these serial killings seriously or anything Sheriff.

Odd story logic aside, one likeable aspect of this film is Trick is not the slow lumbering killer like Jason Voorhees or Michael Myers. Trick a teenage boy growing into his early 20’s. He’s not picking people up with one hand dangling from the edge of his machete, he’s slicing and stabbing with the speed of a practiced fighter.

He doesn’t slowly stalk his victims in the dead of night waiting for them to bump into him. He taunts his enemies in broad daylight. He whistles and invites them to chase and lure them to their doom. He’s also not just picking on teenagers by the end he’s attacking law enforcement.

Broken down, Trick isn’t amazing or groundbreaking in any meaningful way. The story has been done in some form or another over the years. If I threw out some names of movies it resembles, you’d more than likely be able to pick the story apart, But, just as we are familiar with the story of the special orphan boy with the magical powers who is destined to a great hero and defeat the big bad guy who threatens his world, sometimes even though we know what is coming, we still want to see the journey and conclusion.

Trick, for me was the same way. I knew where it was going, how it was likely going to end, but I still wanted to see it and was willing to be entertained by it.

The movie is a bit gory, but at the same time, it usually feels like just the right amount. Special effects wise, the worst effects are in the beginning of the film when Trick, spoilers, gets shot and falls out of a window.

The CGI shots and him hitting the ground below are noticeably jarring. The blood from the shots is fake and seems to be transposed on to the scene. Trick hitting the ground seems ill-timed and unnatural, but other than this minor scene, the rest of the effects were better and less intrusive.

Trick is directed by Patrick Lussier whose directing credits include Dracula 2000 and My Bloody Valentine 3D as well as being an editor for Wes Craven on the Scream films, he’s joined in Trick by Scream Alumni Omar Epps and Jamie Kennedy, with an appearance by the very great Tom Atkins of Halloween 3 and numerous other horror movie fame as well as Lussier project My Bloody Valentine 3D.

The cast for the most part is brilliant, with few misses in performances. Though I would knock the script on originality in places, the movie still feels fresh in other aspects. Is Trick a groundbreaking genre changer that others will try to imitate? No, but it is still an enjoyable movie and a fun ride.