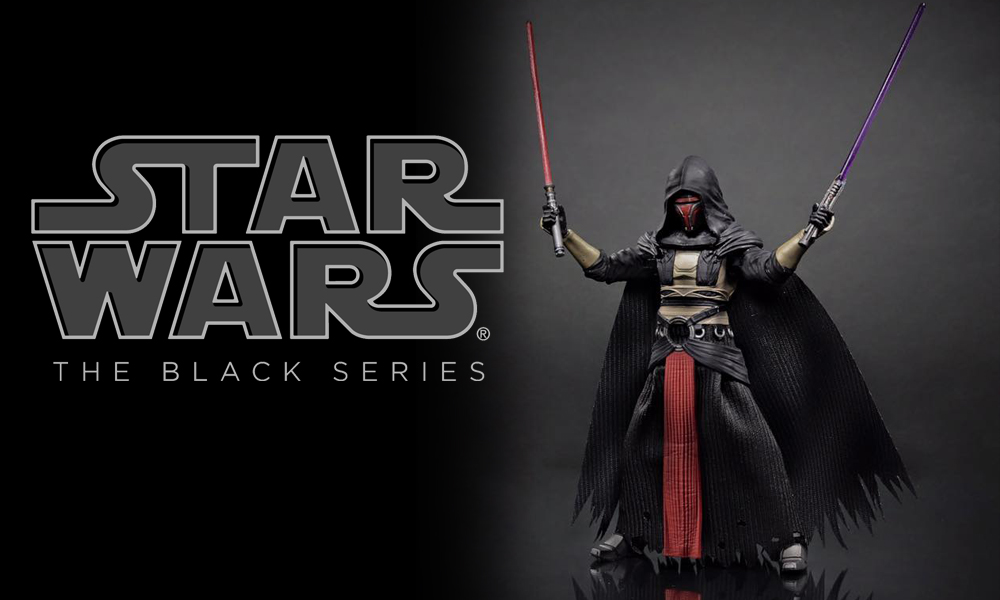 The International Toy Fair took place in New York City over Valentine’s Day weekend. This is a trade show featuring reveals by the toy industry for products that will arrive in 2016. Hasbro, who produces toys for all the Star Wars properties, hosted a press only event on Saturday and unveiled new editions to their uber popular Black Series line.

The Black Series figures are 6 inches tall, highly detailed, and have multiple points of articulation. The figures average about $20.00 (US) and are ideal for collectors. In 2015, Hasbro had a fan choice contest where Darth Revan (header image and pictured at the bottom) was picked as the next Black Series figure. Ironically enough, Revan is an expanded universe character and not featured in a movie or cartoon series. The runner up figure was Sabine from Star Wars Rebels (pictured below). Some of these Black Series figures were announced at the New York Comic Con, but it is a real treat to see them up close. Enjoy! 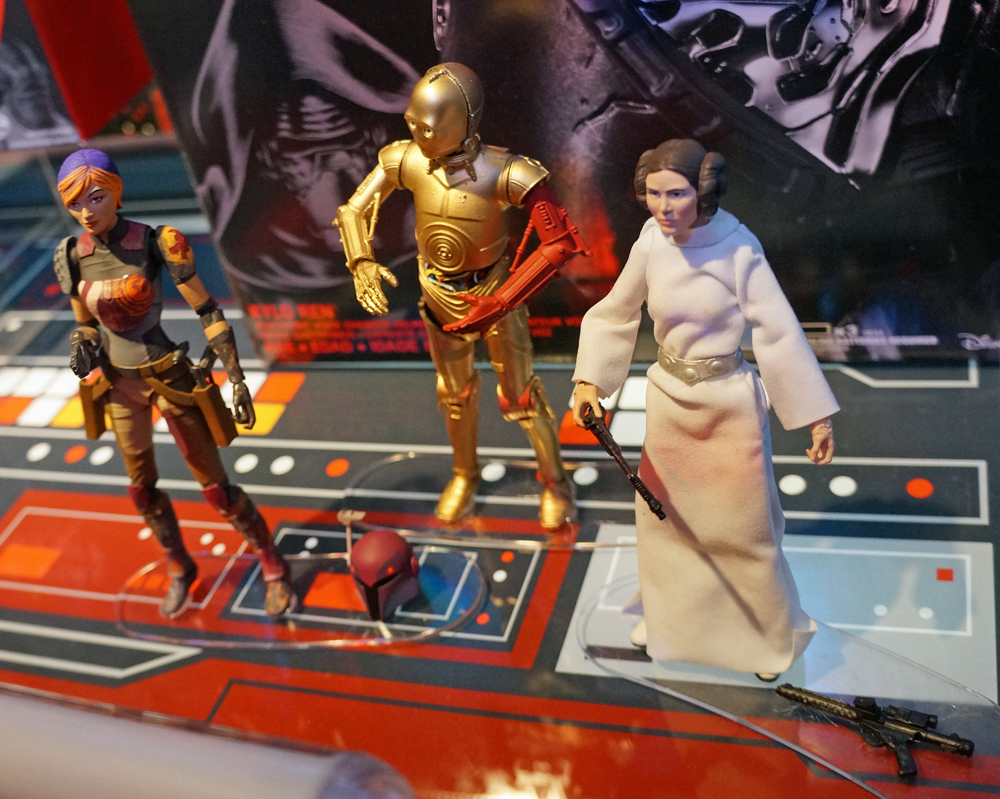 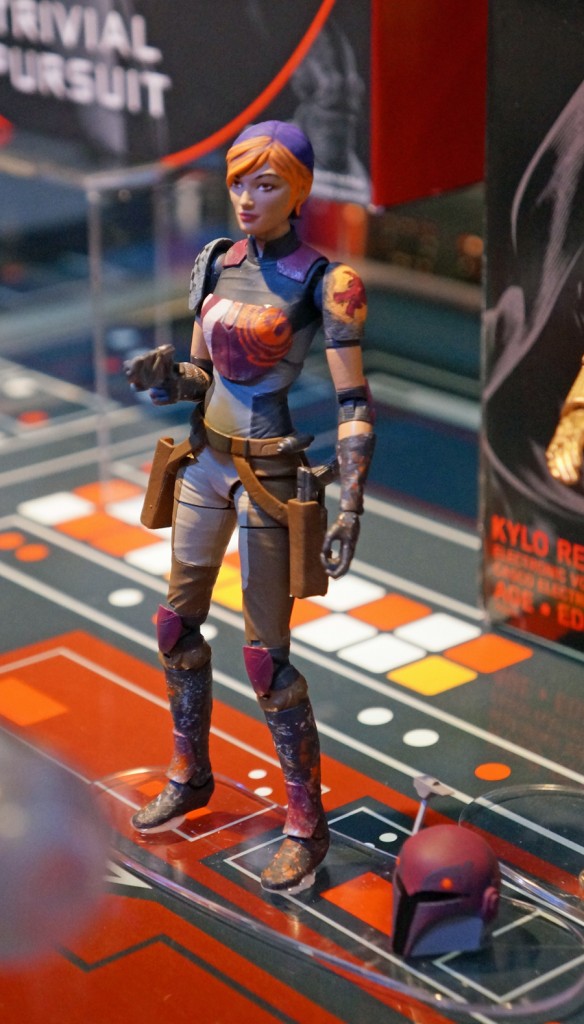 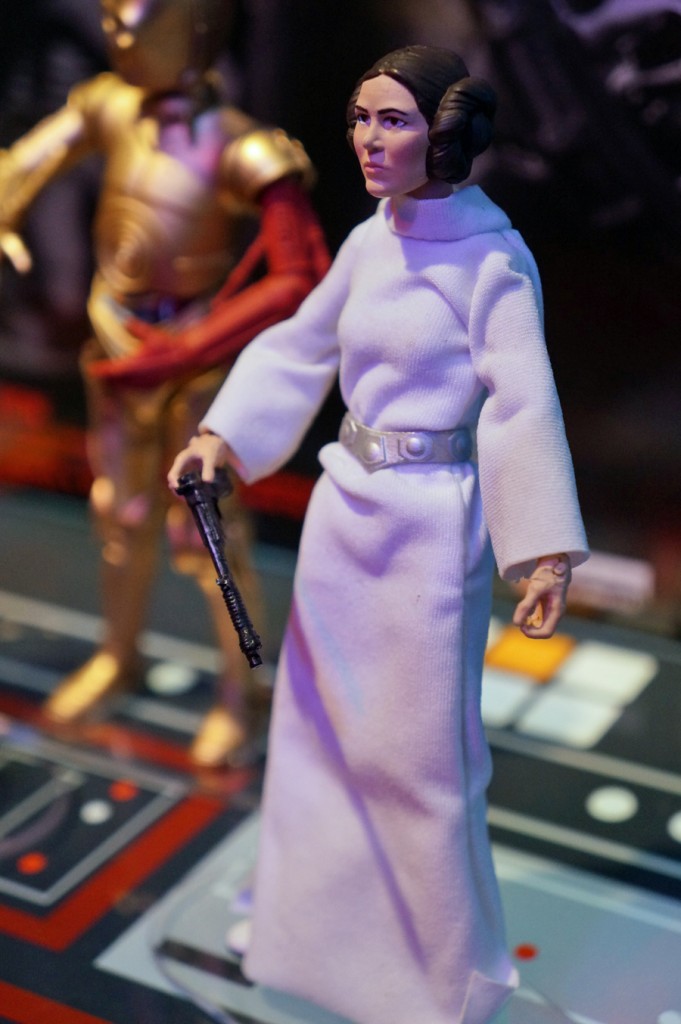 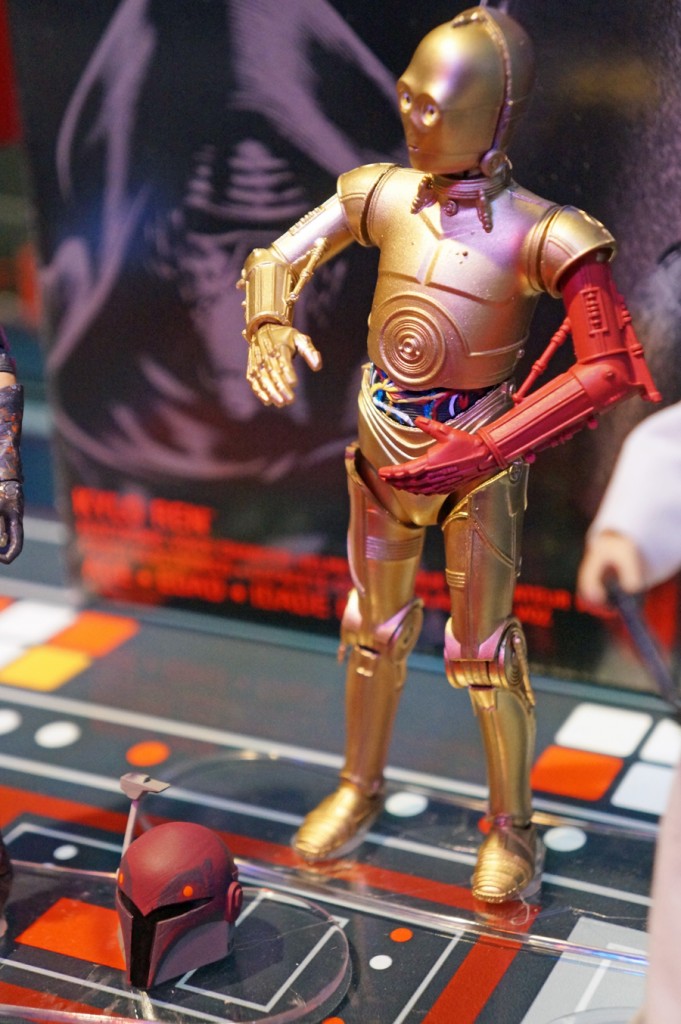 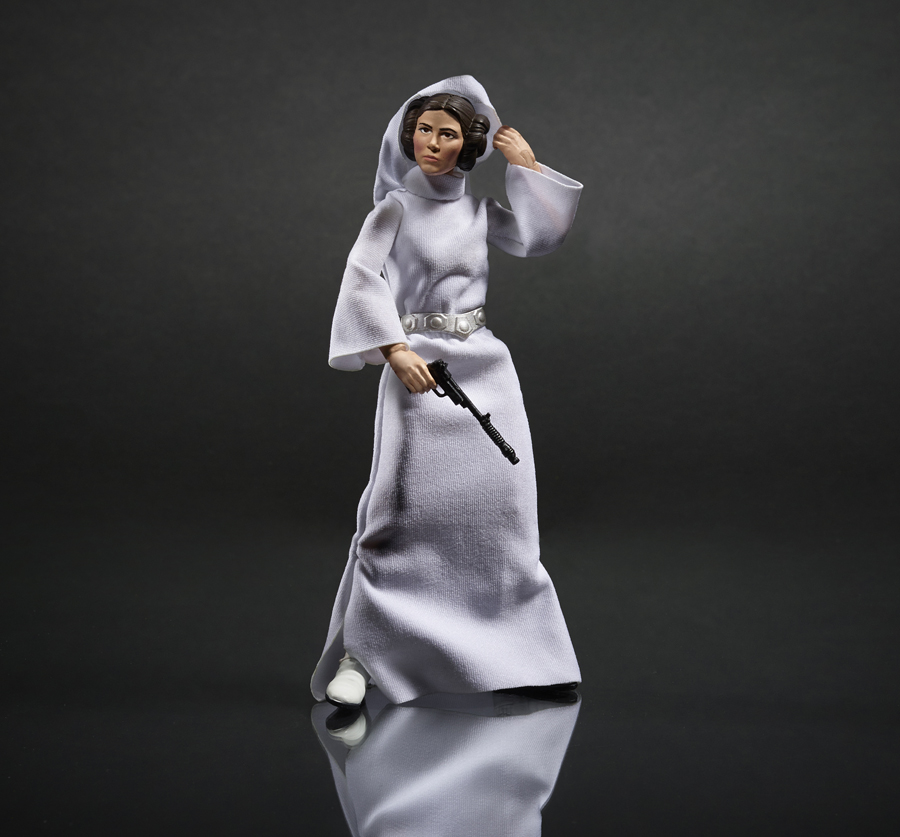 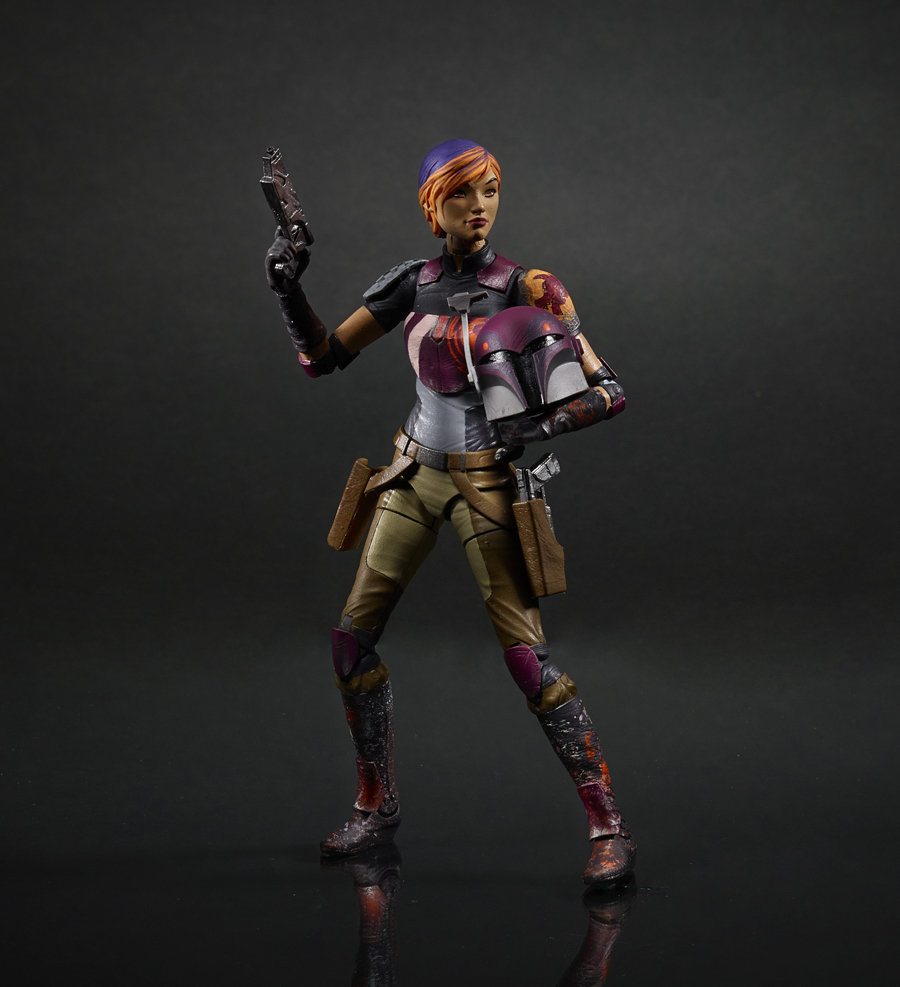 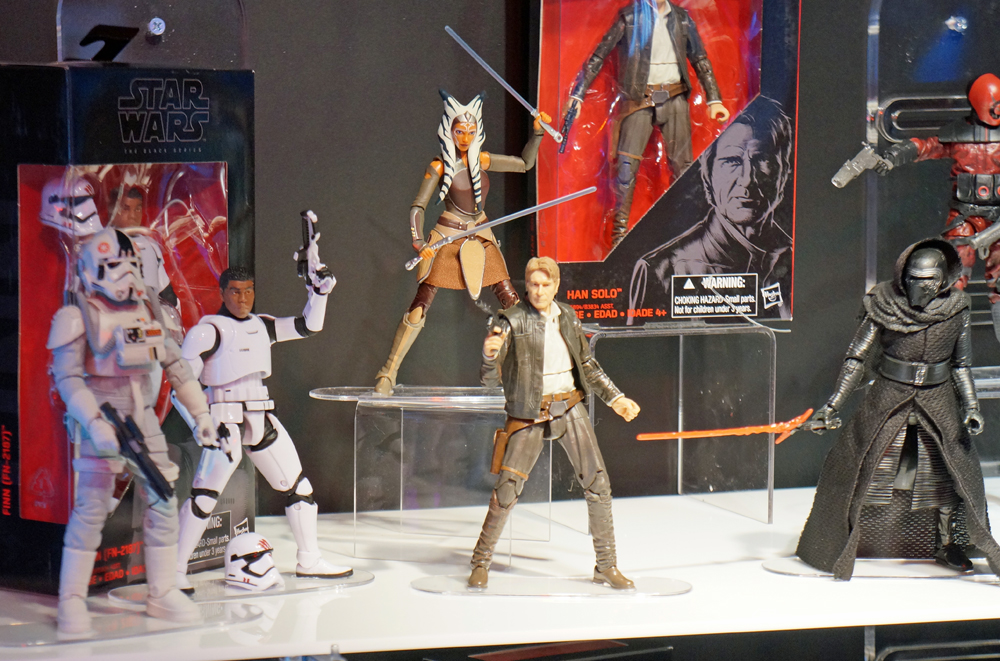 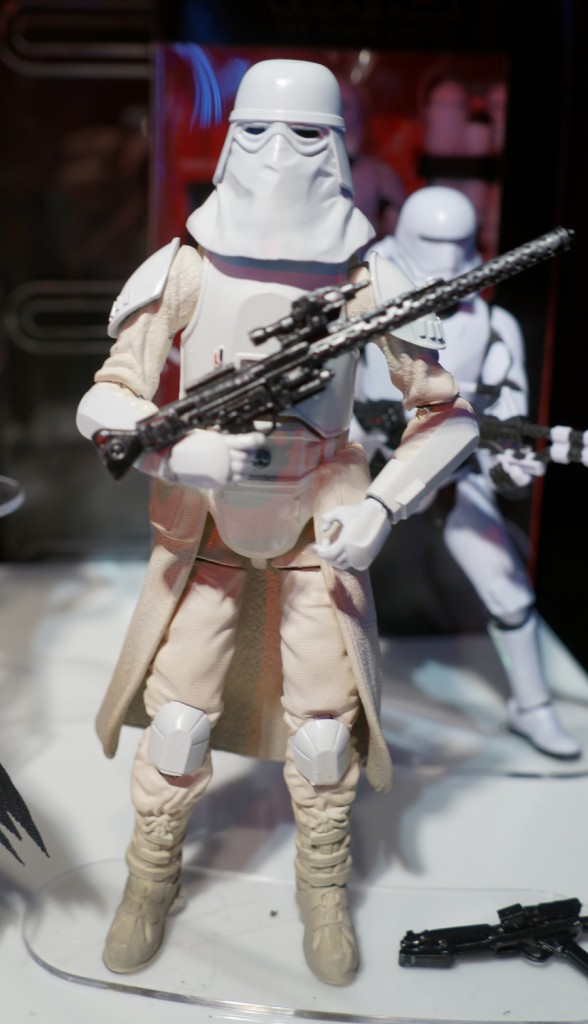 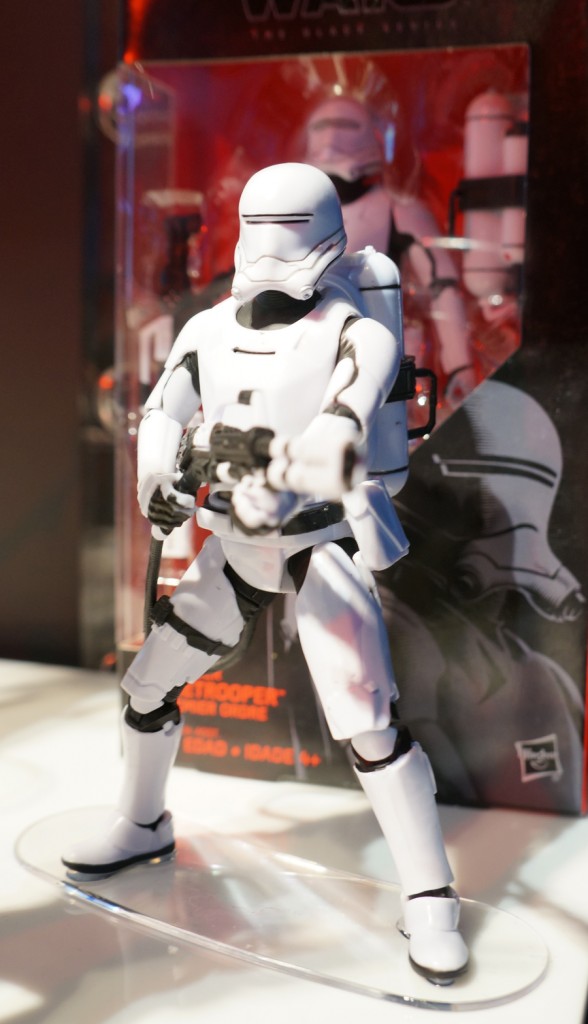 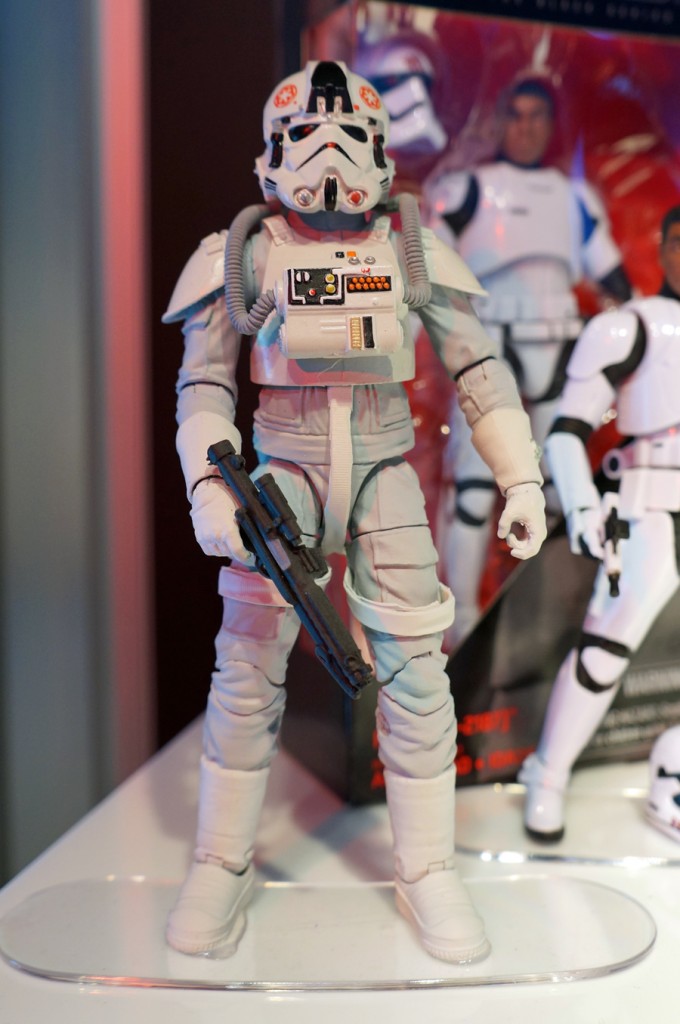 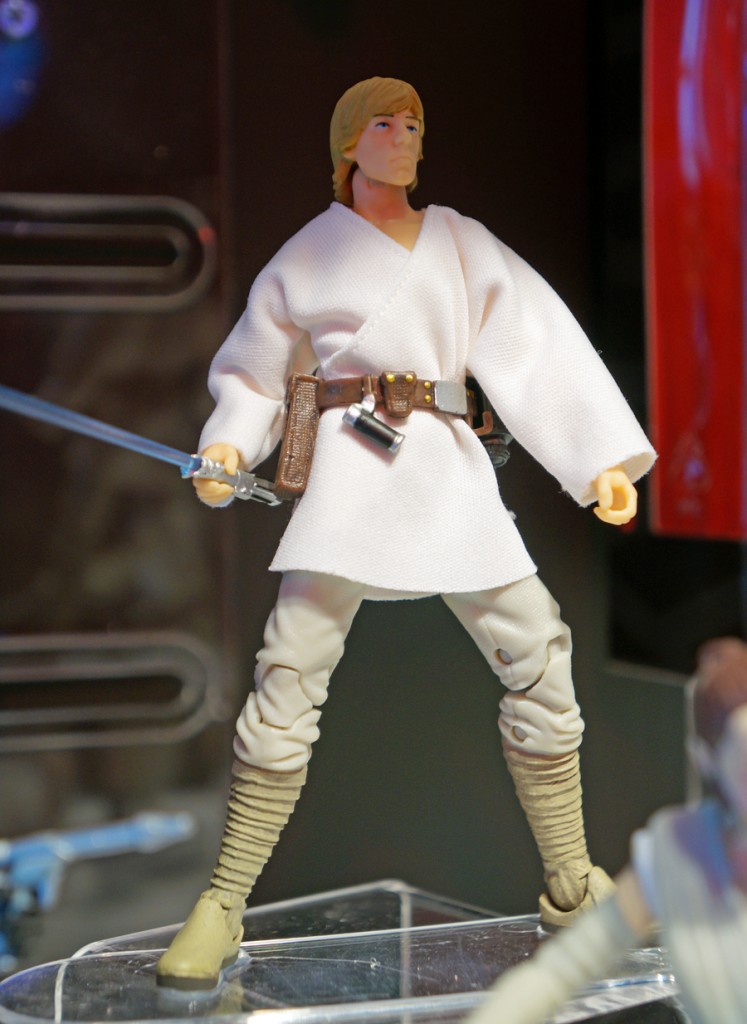 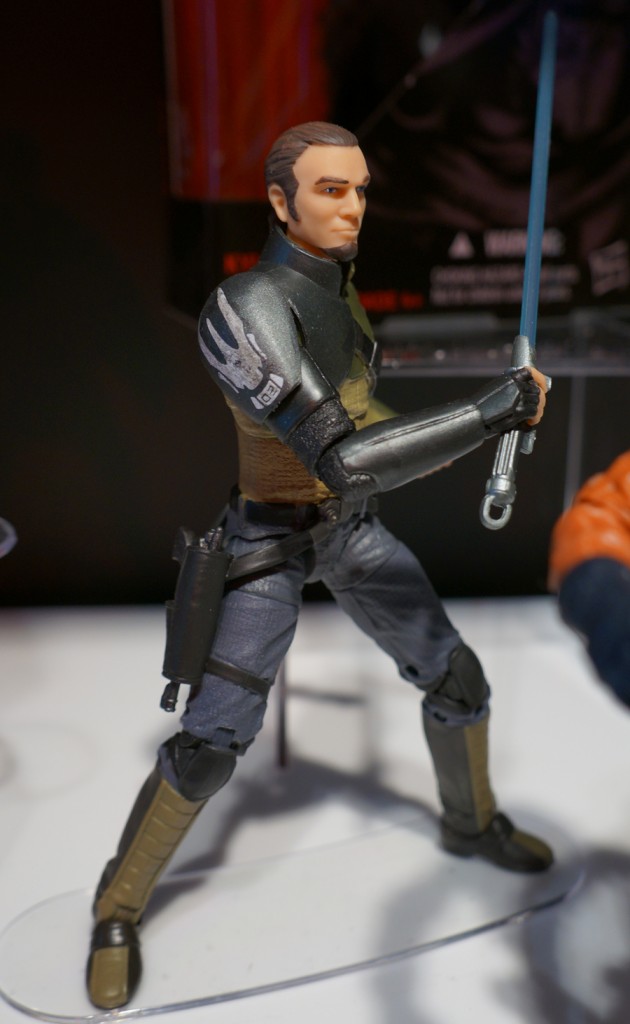 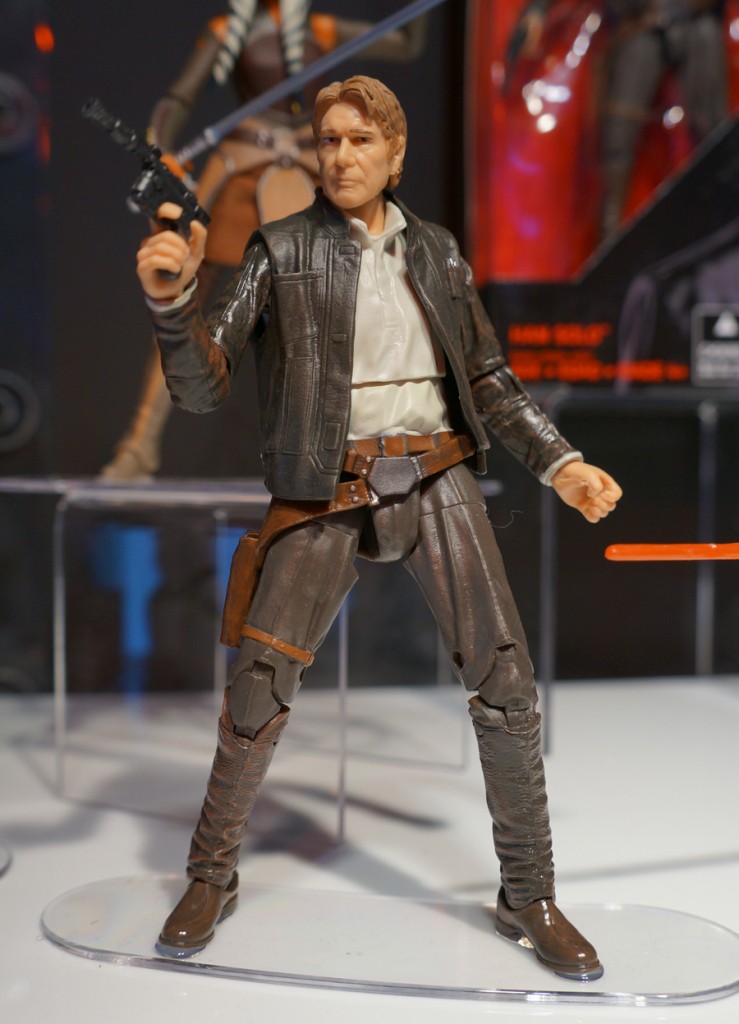 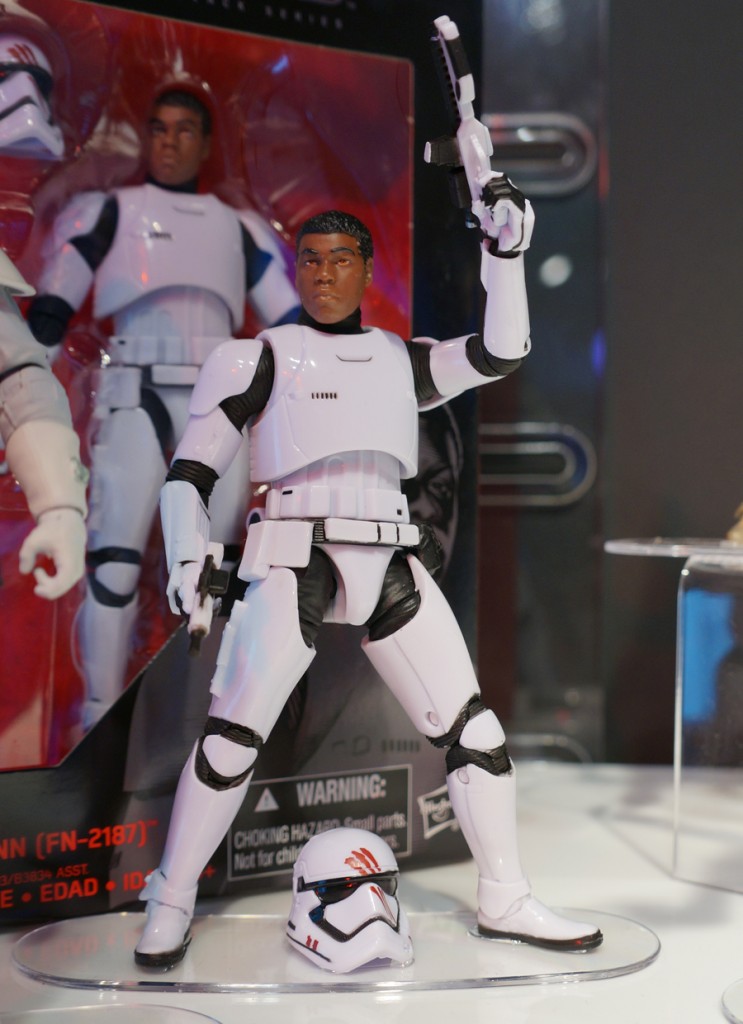 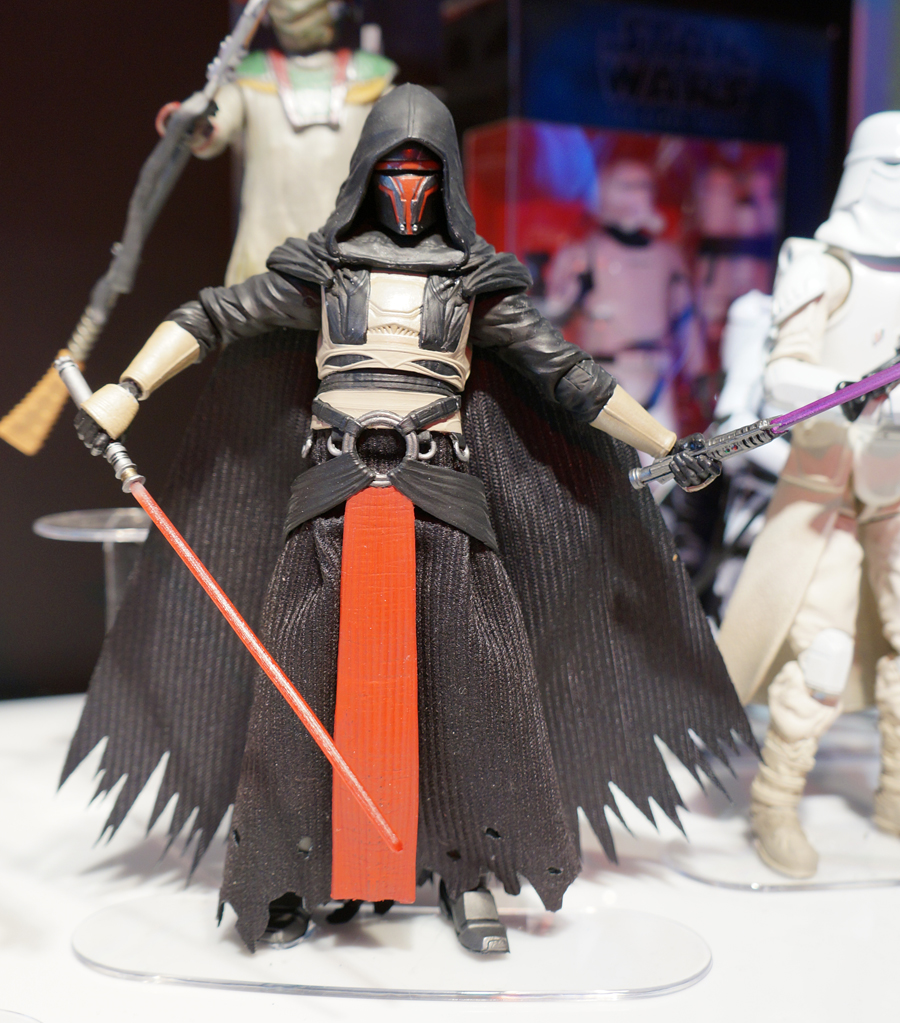 Hasbro stated, before their press event, that there would be no reveals of any product from Rogue One: A Star Wars Story. They were able to say, that this year, at Comic Con there would be a Black Series exclusive of a Rogue One character. Pictured below is the 2015 First Order Trooper from Comic Con, which was insanely popular. 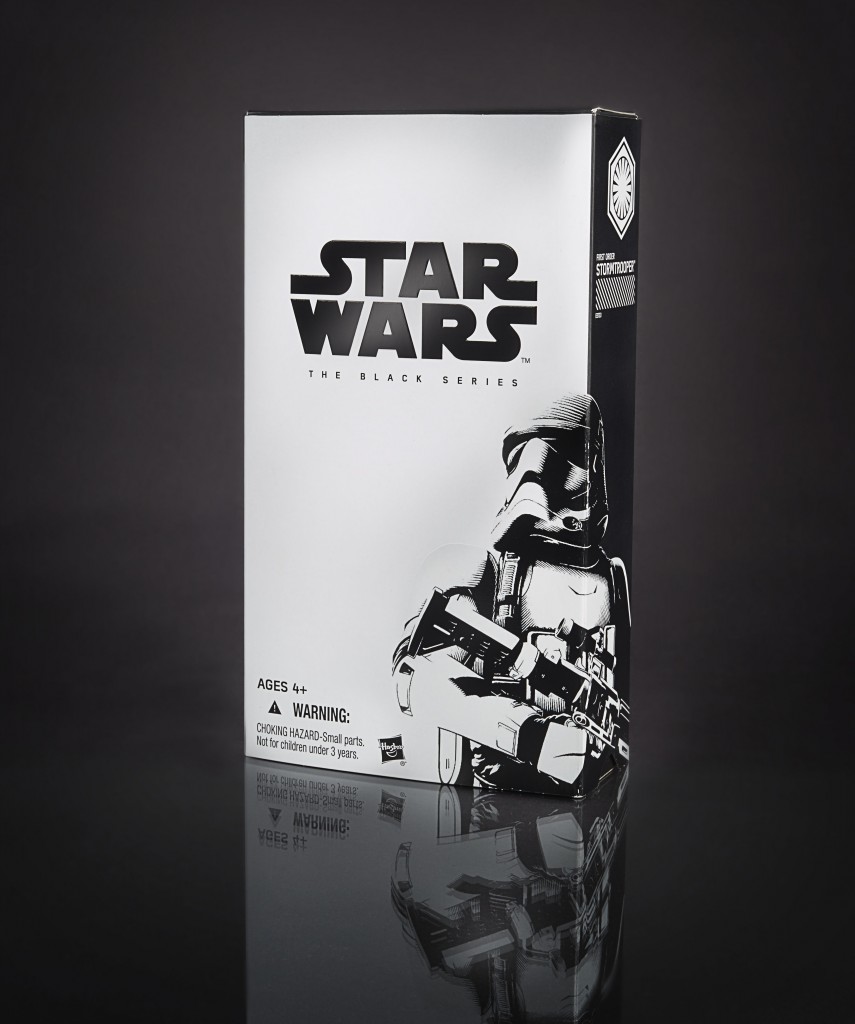