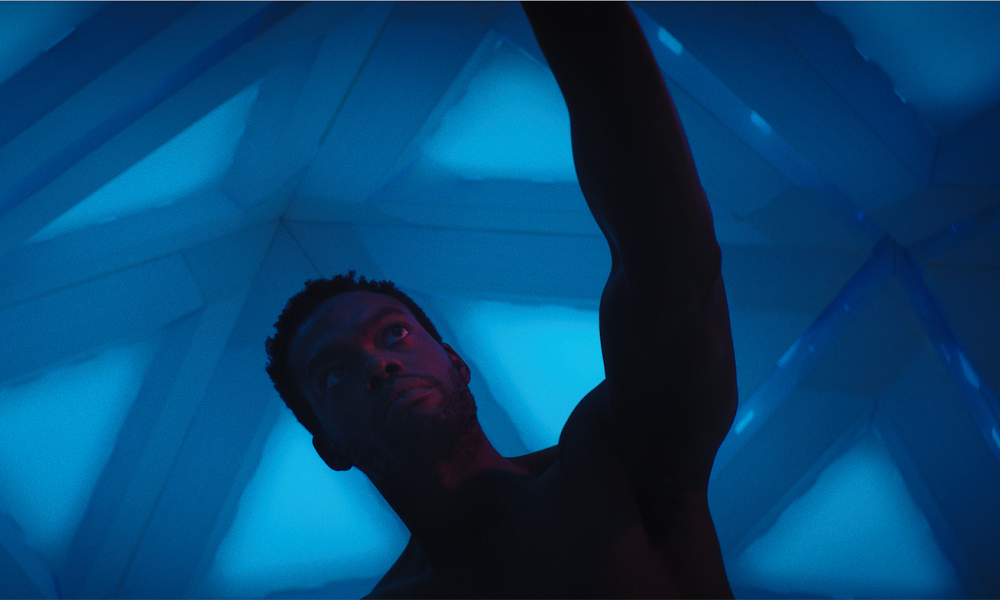 THEY’RE INANE: A REVIEW OF THEY REMAIN (2018) SANS SPOILERS 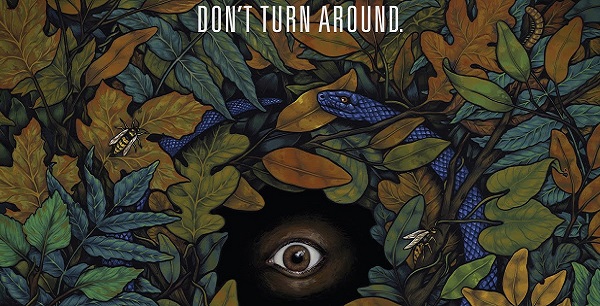 The movie poster for They Remain (2018), based upon a short story by an SF, fantasy, and horror author named Laird Barron, looks like a Mad magazine satire of Obama’s infamous Presidential portrait.  That’s a bad sign, a very bad sign.  The movie’s tagline is “Don’t turn around.”  That’s very good advice: keep your back to this film.

The movie begins with a quote from from legendary “weird fiction” pulp writer H. P. Lovecraft, “Wise men have interpreted dreams.  And the gods have laughed.”  And its premise—predicated upon the Lovecraftian theme that the ordinary world is a thin shell over a reality so alien and arcane that experiencing it would drive one insane—is sound.

A male and female scientist employed by a mysterious corporation identified only by its triangular logo are helicoptered to a remote patch of forest, where they set up camp in three white geodesic tents.  Their three-month task is to investigate unnatural animal behavior at the site, which was the location of the “Pleasant View Massacre” by a Manson Family-style cult.  Like the Torrance family in Stanley Kubrick’s The Shining (1980), they are extremely isolated and experience a horror that may or may not be objectively real.

So They Remain did have some potential, which it could’ve realized if it had utilized the “found footage” subgenre to compensate for its meager production values.  But the approximately ninety-minute “buildup” is a flatline; and the “payoff,” which doesn’t occur until the last eight minutes, is a counterfeit one-dollar bill.  So watching this movie is like sitting in a doctor’s waiting room for about ninety minutes and then receiving a proctological exam that lasts about eight minutes.

Some bad movies are so bad they’re good, like David Lynch’s Blue Velvet (1986).  Watching them is like sniffing your own farts: you just can’t help yourself.  This is not one of those movies.  Watching this movie is like sniffing someone else’s fart.  And some bad movies have some good parts, like Road House (1989) with Patrick Swayze.  They’re like fecal matter with embedded peanuts.  This movie has no peanuts.