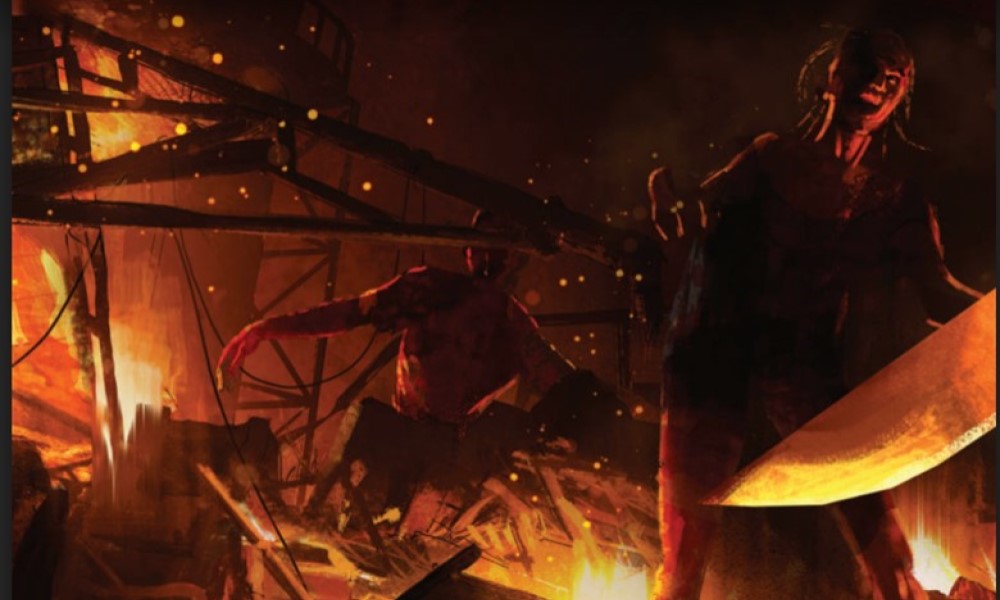 The score for this comic rides in large part on the artwork which is stellar, inventive, and harkens back to some of my personal favorite creatives in the medium, especially Ben Templesmith who practically revolutionized horror comics with 30 Days of Night. While the art of Pablo Ayala is compelling and beautiful, the simplistic storyline doesn’t quite match the incredible visuals. 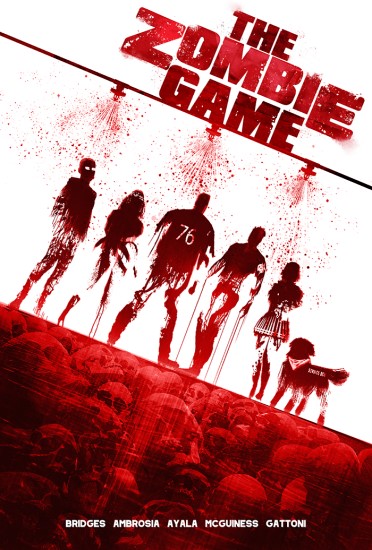 The premise is both simple and simplistic. A group of people get wrangled into some kind of live event promising the experience of a zombie apocalypse…which it delivers on in a startlingly realistic way. Ok that kind of sounds like a cool thrill ride but questions are left unanswered Why? How? Who? Maybe these mysteries will be broached in a sequel. All we get here is people running around, shooting things, explosions, and lots and lots of splatter. It is like an R Rated Micheal Bay movie, and with about as much nuance.

Now, that’s honestly not a horrible thing to be compared to, after all, Bay’s films have made a boatload full of money, probably several boatload’s full. The artwork screams for an intimate, yet visceral tale be told, but the but the writing of Dan Bridges doesn’t quite keep up the pace. So, we end up with a by-the-numbers and regretfully generic survivalist tale you’ve seen a thousand times before. Bridges has the structure here, but the inside is still in need of the wiring and plumbing to make The Zombie Game a finished product in which people can invest their time.

Bridges paces the story well, almost in film-like, storyboard style. But At times the dialogue gets in the way of the story. If I have a swarm of rage-filled zombies chasing me I’m not going to take to critique how much faster these zombies are than the ones on the previous level…I’m getting the hell out of there!

Bottom line though, I enjoyed The Zombie Game. While it doesn’t break any new ground in the genre, it tells a gory, frantic story with fantastic art. There is full-tilt intensity here that you don’t get from a lot of the big comic publishers. That alone make this well worth a read. I want to see much more from Latchkey Studios! Check out their website here: http://latchkeystudios.blogspot.com/p/our-podcast-appearances.html