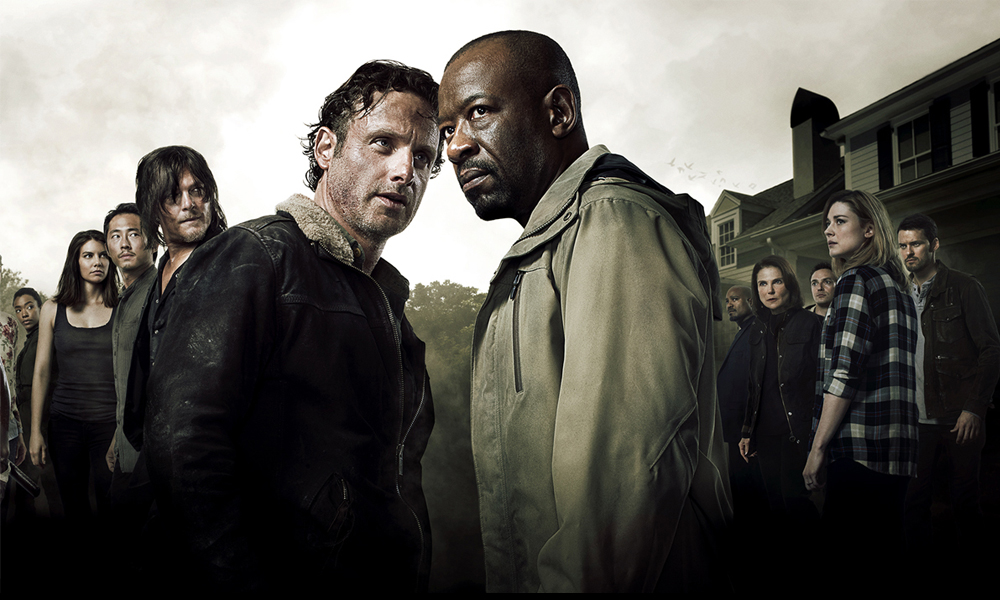 It’s officially October now that The Walking Dead has returned. After an ass kicker of a season finale, we’ve all been on pins and needles wondering what to do with our Sunday nights like addicts waiting for the next fix. Thankfully, we were treated to a 90 minute start to season 6. Un-thankfully, it was 90 minutes of essentially nothing.

“First Time Again” filled us in on what happened in the days to follow the town meeting. The entire  episode is intercut with black and white flashbacks and what is happening in the present.  While Rick (Andrew Lincoln) and the gang are trying to harness an immense horde of walkers and lead them away from Alexandria, we are also shown all the events that lead up to this big moment.

Mostly, we are playing an hour and a half of catch-up with the characters. Rick is still feeling the weight of those he is responsible to help protect. His increasing frustration with the townspeople, and their ignorance and naivete toward the real world, is drastically wearing on his patience. Kudos to Andrew Lincoln and his ability to make us all feel physically upset through his consistent performance of inner agony.

Meanwhile, Carol (Melissa McBride) is still playing the sweet, innocent Stepford Wife-type just waiting to unleash her inner Mad Max, Abraham (Michael Cudlitz) is losing his sense of purpose as he’s starting to drink again and Sasha (Sonequa Martin-Green) is still fighting her inner battles between life and death. Morgan (Lennie James) is still a wild card. No answers yet as to exactly where he’s been, yet he oversees the group with watchful (but loving) eyes and is clearly frightened for Rick. One character who IS changing is Deanna (Tovah Feldshuh), who is now just numb after her husband’s death and letting Rick do whatever he sees fit to keep everyone safe. This upsets Carter (Ethan Embry), who is this episode’s main antagonist.

Basically, it all goes down exactly as you’d predict: with the naysayer agreeing to help, but getting slaughtered and then the whole plan going wrong anyway, but for a completely different reason. No big payoff, no cliffhanger, and no mention of the Wolves at all. How 90 minutes of nothing can go by so fast is part of the magic of The Walking Dead. The acting is still solid, the makeup still astounding, and Bear MaCreary’s music will still get your blood up every time.

Yes, this premiere was a slow start, but that doesn’t mean we, the audience, are going anywhere. [review]