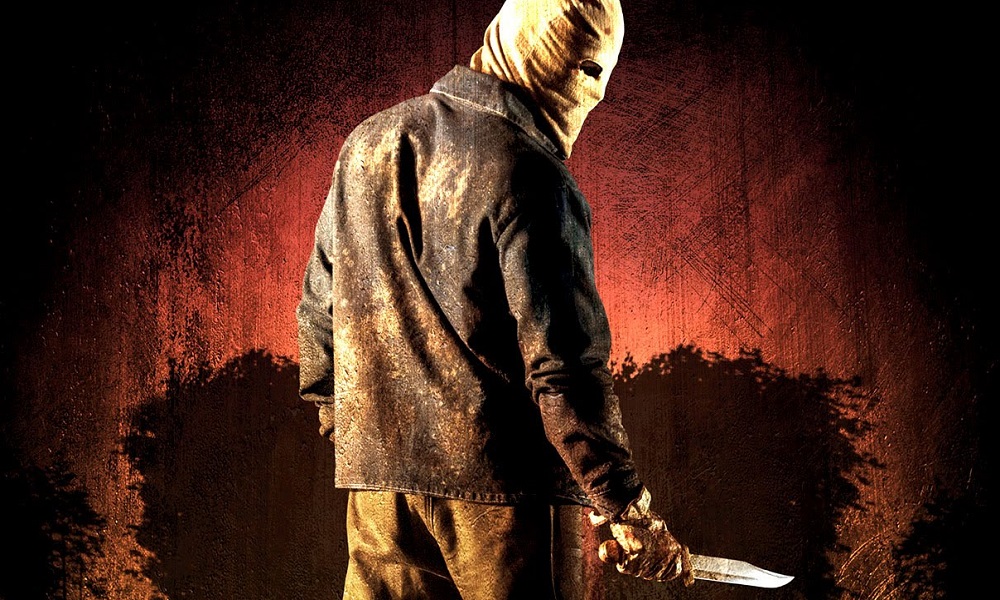 Although it bears the same name as the 1976 cult film, The Town that Dreaded Sundown is not a remake, nor is it a sequel.  Rather it is a sequel to the events depicted in the original film.  Confused yet?  Hang in there…The original film, Directed by Charles B. Pierce, was based upon a real series of murders that took place in Texarkana (Texas and Arkansas) in the late 1940s by a masked man known only as The Phantom.  The film was an early example of a modern slasher film, predating Halloween (1978) by a couple of years.  In that film, the killer was never found or identified.  A showing of the film around Halloween has gone on to become a tradition in the Texarkana area. 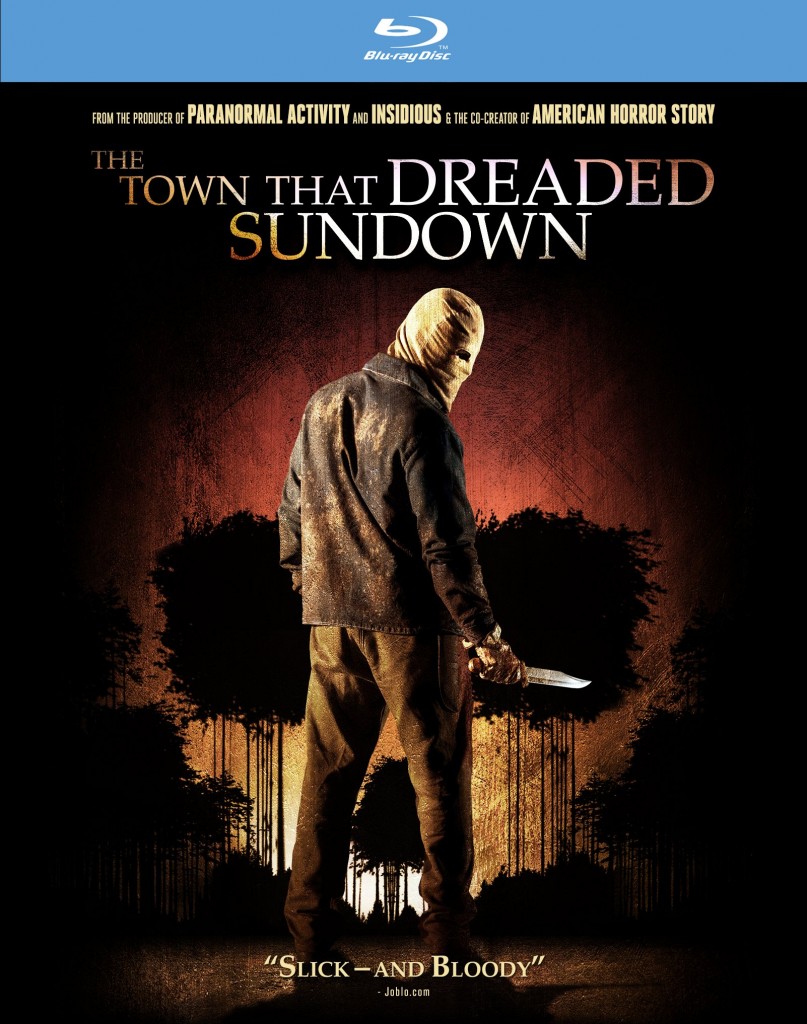 Cut ahead to modern day Texarkana, sixty plus years after the unsolved murders and a new killer, wearing the same gunnysack mask begins stalking the citizens of the small town.  Jami (Timlin) and her boyfriend Corey are parked out on a remote “lover’s lane” area when they are attacked by the killer.  Corey is killed but Jami escapes and the town is instantly overtaken with fear at the prospect the killer has returned.

But of course, it could not possibly be the same man who would now be near 90 years old.  After two more murders the town calls in the Texas Rangers for assistance, led by Ranger “Lone Wolf” Morales (Anderson).  Jami, now living with her grandmother (Cartwright) after the deaths of her parents in a tragic auto accident, begins her own investigation with former classmate Nick, even interviewing Charles Pierce, Jr.(O’ Hare) the son of the original film’s director who has his own theory of who the killer is, revealing a previously forgotten victim of The Phantom.

As Jami and Nick try to piece together the events and names from the present to those of over sixty years ago, the bodies begin to pile up.  The killer copycats the original Phantom by murdering his victims in the same way, such as attaching a knife to the end of a trombone, thrusting it repeatedly into the back of a man while playing his dirge.

Even though the film is set in 2013 Director Alfonso Gomez-Rejon captures a nostalgic feel.  Modern day conveniences are shown, but moderately.  The police still are outfitted in 70s/80s style uniforms.  But the film looks a little too pristine and lacks the raw energy and grittiness of the original.  The other misstep is in eventually revealing the killer.  What made the 1976 film so unnerving is that the killer was never identified, leaving the residents to believe that he could possibly still be living among them, patiently waiting to strike again.  There is a fair amount of gore in the film, certainly much more than the original.

The cops portrayed in the movie are among the most useless you’ve ever seen.  There’s a lot of talking, a lot of meetings, and a lot of cleaning up after the scenes of the murders, but there isn’t a whole heck of a lot of investigating going on, particularly when two high school kids can get further along than the entire department.  The police end up as little more than window dressing.

On the positive side, the film benefits immeasurably from a fantastic supporting cast.   Brilliant character actors Ed Lauter (The Longest Yard) and Edward Herrmann (The Lost Boys) appear in what would be among their final film appearances before their passing in the past year or so.  Add to that Gary Cole (The Brady Bunch, American Gothic), Veronica Cartwright (Alien), and Denis O’Hare (American Horror Story, True Blood), and the young leads are surrounded by an enormously talented group of veteran actors.  Only Anthony Anderson, known more for lighter, comedic roles, seems out of place.

While not a classic, this meta-sequel doesn’t tarnish the image of the original and is a cut above other similar films that have been released recently and hopefully drives people to watch the 1976 film.