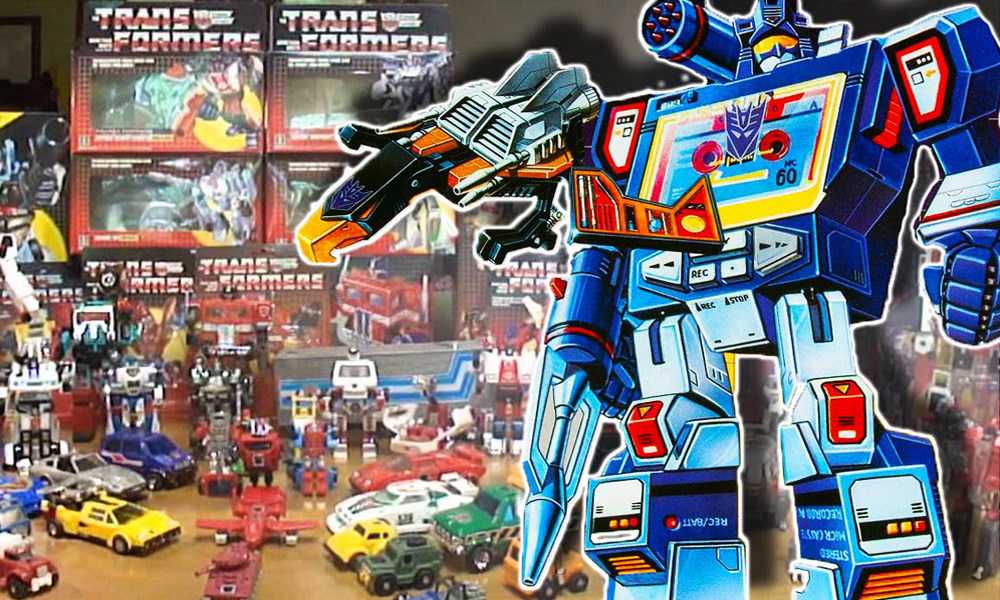 Transforming toys were already a hit in Japan before for several years before they were imported to the U.S. by Hasbro in 1984. Takara produced the Diaclone and Microman lines which would become known in the U.S. as Transformers.

While the Transformers cartoon series ended in the U.S. in 1987, it continued on in Japan. The Japanese would produce three all new and original Transformers series: Headmasters, Masterforce, and Victory along with a one-shot film called Zone. Along with these new series came new Transformers toys. Initially, most of the new toys were merely repaints of earlier figures, sometimes including new accessories. But eventually, particularly with the Victory series, all new molds were produced with new characters like Autobot Commander Star Saber and Decepticon leader Deathsaurus.

Our list of Ten Cool Japanese Transformers Toys includes a mix of some of the best original Japanese only characters as well as some of the best repaints/re-issues. Today, some of these Japanese exclusive figures can go for hundreds or even thousands of dollars on the collector’s market and are highly sought after. The good thing is that over the past decade, a lot of these Japanese exclusive figures have been reproduced in lines such as Encore and Masterpiece.

10. Soundblaster. SoundBlaster was a repaint of the Generation 1 (G1) Soundwave which featured a very cool black and silver paint scheme. The other unique thing about Soundblaster is that he came with a larger chest door which allows him to hold two of the micro cassettes instead of one. 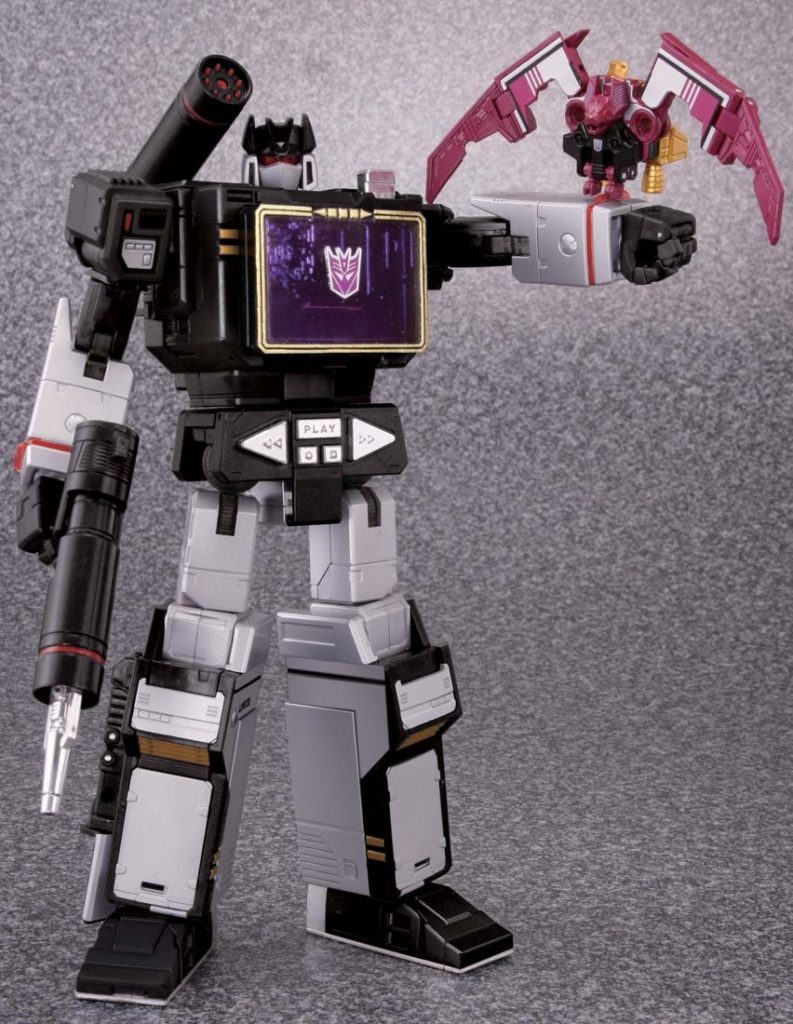 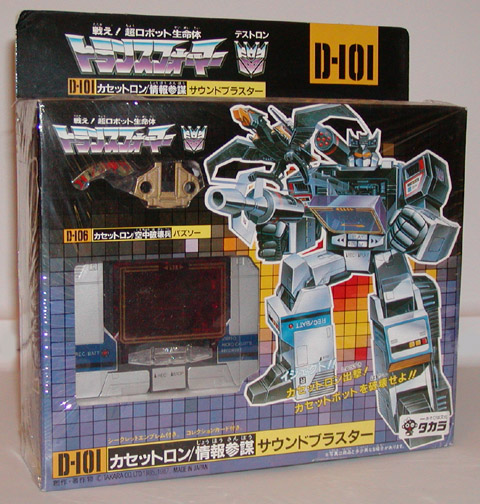 9. Raiden. Some of the most popular Transformers were the various combiners which consisted of usually five or six smaller robots which could transform into a huge robot. The American market got the Aerialbots, the Protectobots, the Technobots…what we DIDN’T get were the Trainbots. The Trainbots featured six train cars: Kaen, Getsuei, Seizan, Shoki, Suiken and Yukikaze, which transformed into the mighty Raiden! 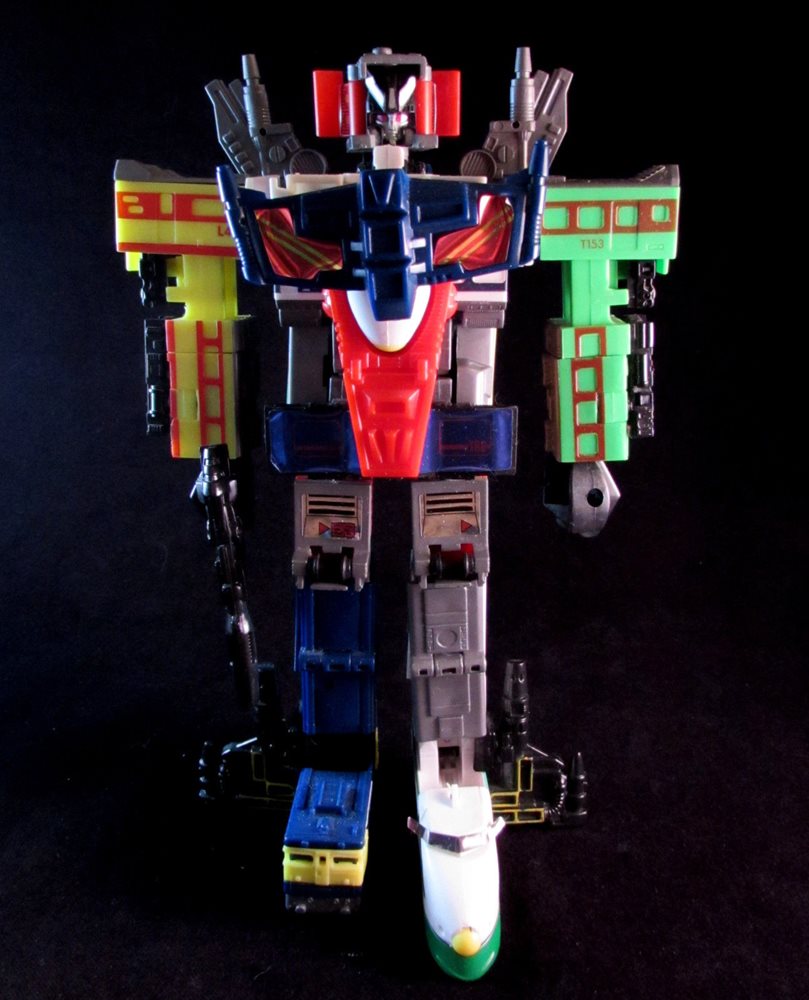 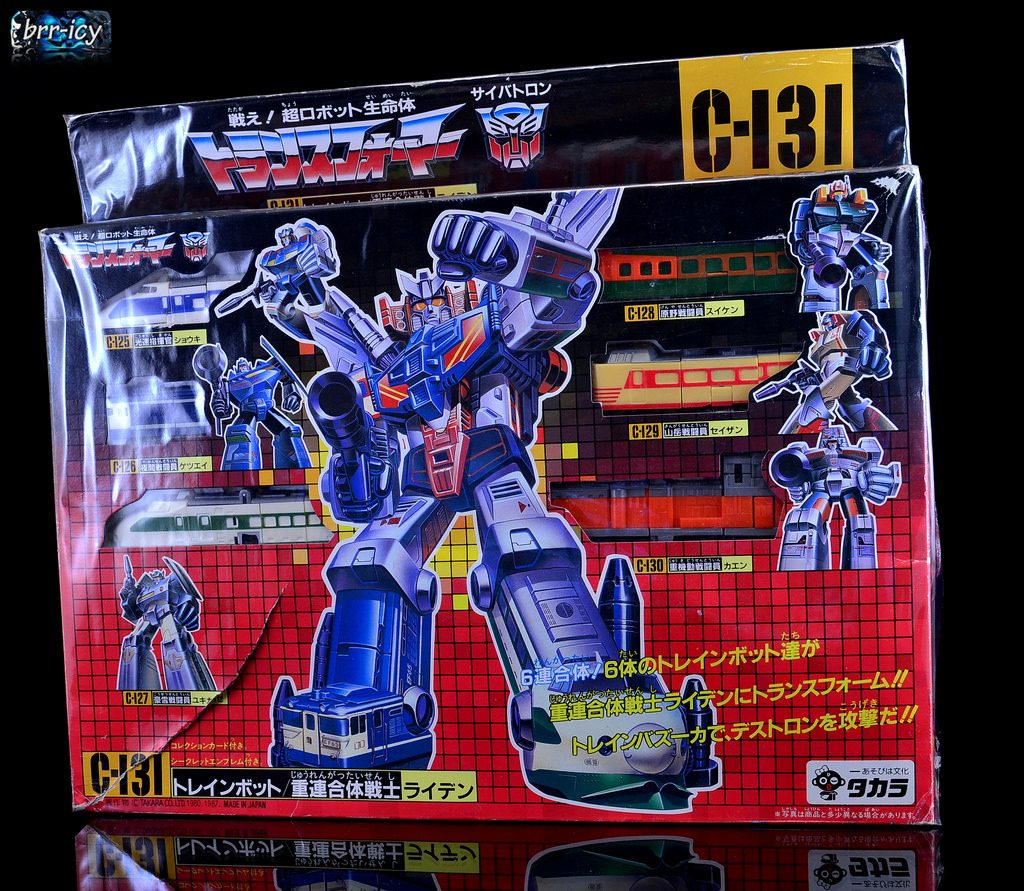