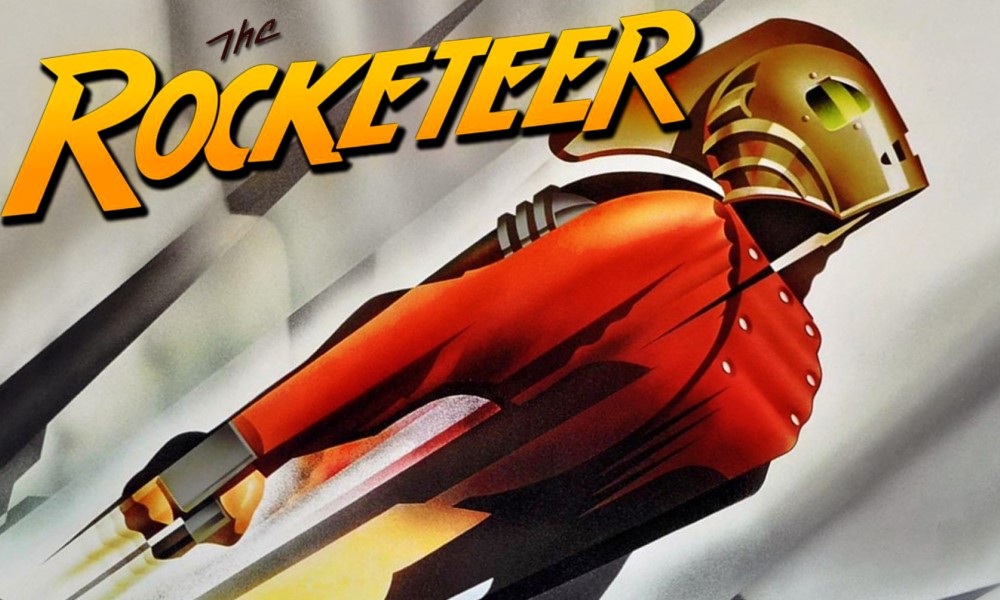 As I write this review, I have just seen the 1991 film “The Rocketeer” only a few days ago. I’ve always viewed the film as a 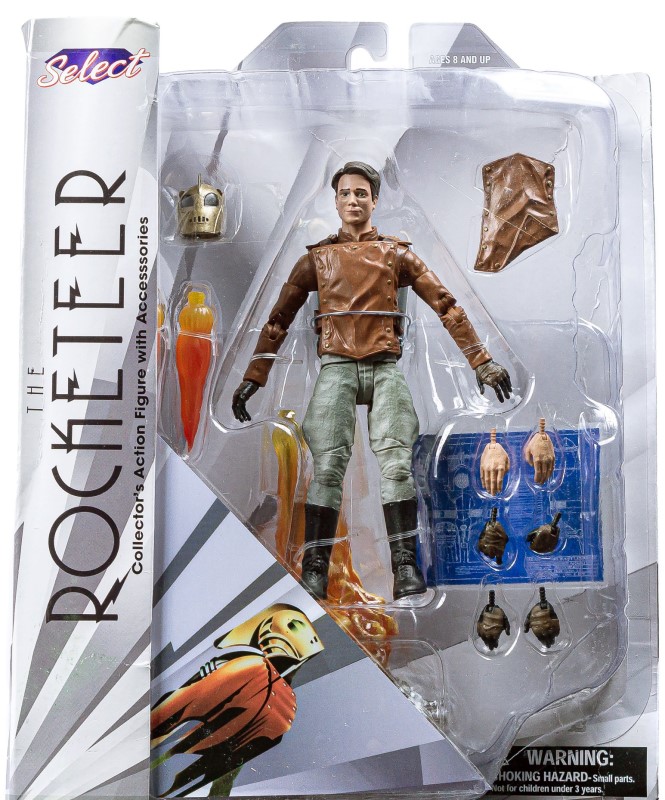 lost opportunity. While the film received generally positive reviews and box office returns, Walt Disney Pictures, who produced the film, considered it a disappointment and the planned film franchise never happened. Still, the film, based upon the comic book series by late, great artist Dave Stevens, has become a cult favorite for its homage to Saturday matinee film serials of the 30s and 40s. Today, the adventures of stunt pilot Cliff Secord as the rocket pack wearing hero are still being published by IDW Comics.

This figure comes to life in a new action figure from Diamond Select Toys, designed by Shawn Knapp, and sculpted by Gentle Giant Studios. The figure packaged on a blister card.

He comes with two heads. One with his famous helmet and one without showing off Cliff Secord’s face. He also comes with four pairs of interchangeable hands. One set is bare-handed and the other three hands are wearing gloves and in different positions. He also has an interchangeable jacket piece with one piece buttoned up all the way and the other having a few buttons undone. 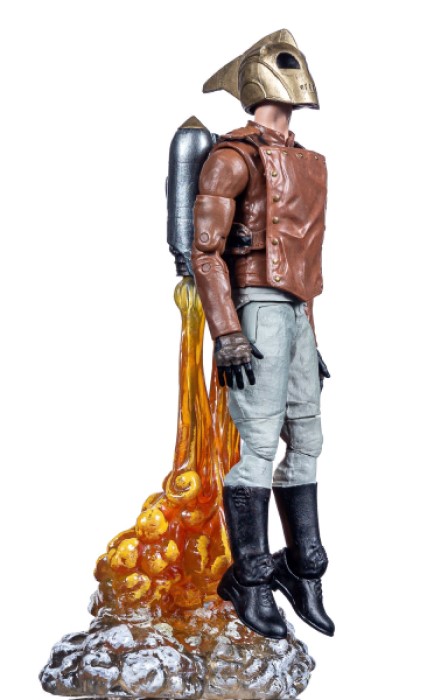 The sculpt is quite good. The figure is outfitted in pilot’s jacket and grey pants, with black leather boots. The coloring is basic, but the sculpt of the fabrics and their wrinkles and wear is fantastic.

While I like this figure a lot, I cannot quite love it. There are a few things that keep it from the top shelf. First, I mentioned the four sets of interchangeable hands. One right hand is clearly sculpted in a grip to hold a pistol and yet no pistol is included. One of the iconic scenes in the movie is the Rocketeer holding a pistol as a spotlight shines on him as he prepares to go after the villainous Nazis in their zeppelin and rescue his girl. Four sets of hands and they can’t include a pistol? Still, I guess if you have a similar sized figure you could fit the pistol in his hand. 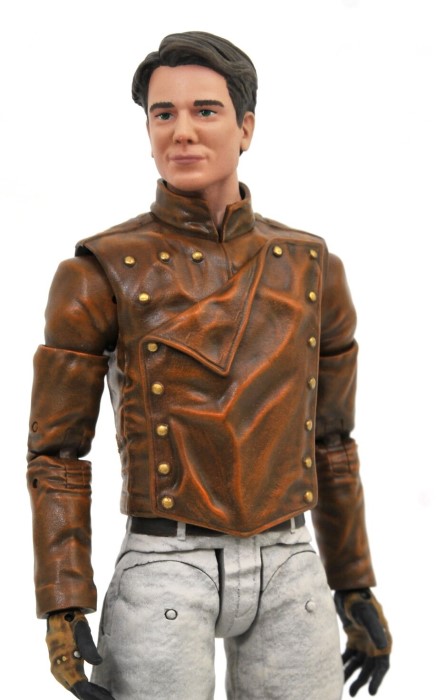 Another issue is that the figure doesn’t fit very securely onto the flame jets of the base. They fit…but they don’t “snap” in. While it will sit ok if you go to move the figure it will tend to come off the flames unless you handle it by the bottom of the base.

Those two misgivings aside, this is another wonderful figure from Diamond Select. See more about it right here: