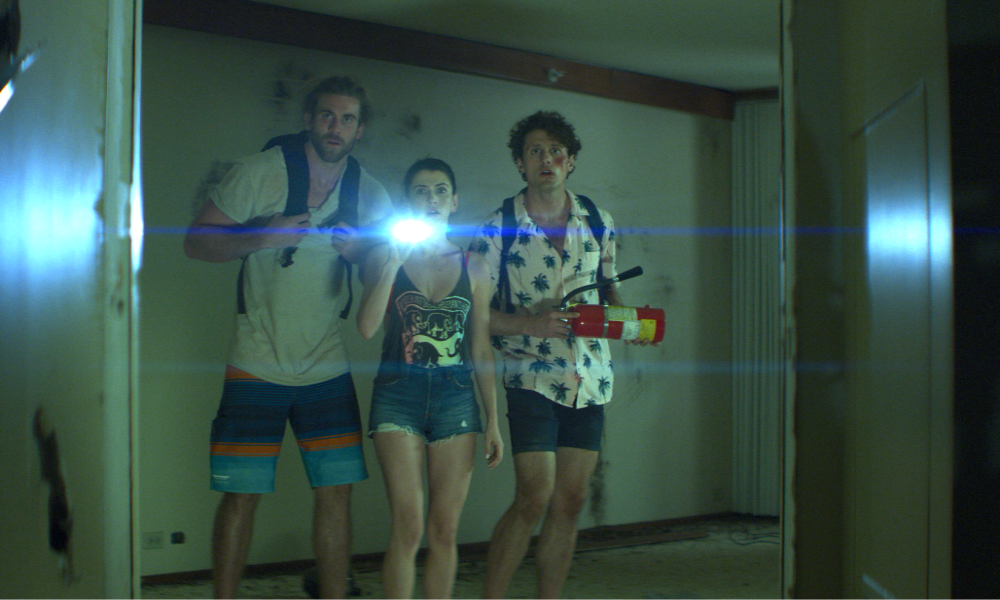 It’s ironic that a genre all about the gory murder of young people with loose morals would come across as so charmingly wholesome when the love for the genre is undiluted. 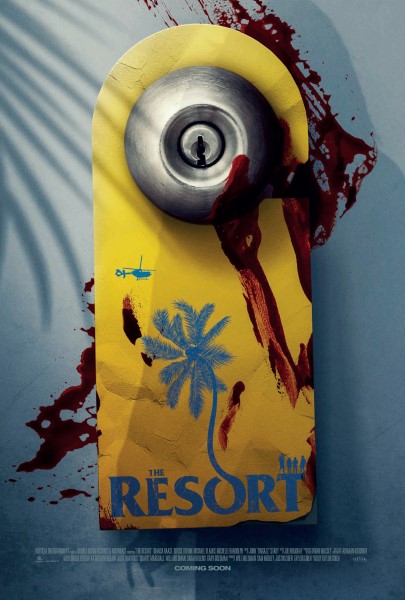 This is a love letter to the slasher, the ghost flick, and the teenage (well, theoretically teenage) cadre being picked off by a stalker movies but it doesn’t feel like a cash-in. The Resort is like watching a fan film: you can feel a radiating respect and admiration for what came before in every frame, everyone seems to being have a good time, and there is absolutely no guile to be seen.

I never bought these people as characters more than tropes, but in a strange meta-sense I got attached to the actors. They’re handsome folks, true (actually they all look like younger versions of famous actors like Chris Hemsworth and Anne Hathaway), but they are all unusually so happy to be doing nearly anything. In a classic sense there was horror knowing that they all faced a horrific fate because, apart from some good-natured ribbing, none of them seemed like typically modern horrible, cynical, shallow people of which we as an audience are supposed to look forward to their splattered execution

These are people living a dream, starring in their own horror film, playing up the tropes given them without sneering at them, reading the lines as written regardless of how stilted they might be with gusto and conviction. Almost nobody is halfhearted here. Bit parts shine. The camerawork and exploration of the unique location of an abandoned resort in Hawaii is compelling stuff. It takes a bit for the scares to kick in but the film isn’t long and the lead up is appropriately amusing and ominous. Is it groundbreaking? Not really. Is it convincing in a dramatic sense? No more or less than a typical horror film from any generation which has an uphill battle to fight for believability at the best of times.

What is a standout here is the atmosphere. It looks like a big chunk was shot on location so we have things you don’t even see in big budget films as often anymore: believable night and dusk sequences without just tinting the screen, subtle rainfall standing out in flashlight beams because it was actually raining on site, areas of natural pitch darkness which is much more ominous than everything being color corrected and lightened in post until it all looks washed out. Also there’s a very pretty diffusion/corona effect that happens with real flashlights that digital lights just cannot reproduce. It’s a very nice looking movie over all!

What isn’t so good is the sound recording. I’m still not sure if it was dubbed later on or just recorded at the location using the tinny microphone on the side of the camera shooting the film. Either way there’s a weird disconnect between what’s going on and how loud and fuzzy the actors and sound effects are. The music is crystal clear, but that creates another odd rift between the indistinct audio and the layered on music which has no ‘real’ source so it feels more unintentionally stagey than it probably intended. It also has this habit of kicking in to ruin the mood everything else has set admirably.

More than halfway through stuff starts happening which might be too long for many people, especially horror fans. There’s an opening kill but it’s not that impressive, so you really just have to groove with the Scooby gang and dig the nifty urban exploration.
When things do kick off it’s with remarkably nice production values. Not just gore but set pieces you wouldn’t suspect an indie production could pull off. It’s extremely competent, devoid of motive beyond to entertain, and in a far too rare instance the joy the cast and crew seems to have felt is translated directly to the viewer.

One final note: this movie has one of the silliest doctor’s office’s in history with a giant plastic skeleton and an eye-chart on the wall. It sort of sums up the whole of The Resort: playing to the tropes and either blissfully unaware of how the cliches or embracing them wholeheartedly in a warm and friendly hug. It’s weird to call something involving removed faces feel-good, but here we are. It warmed my heart to see young people so wholeheartedly championing a something they loved.

You’ve seen it all before and probably done better, but it has seldom looked this glossy or felt this jubilant.
It even ends on a banging little 80s flavored song. Perfect.