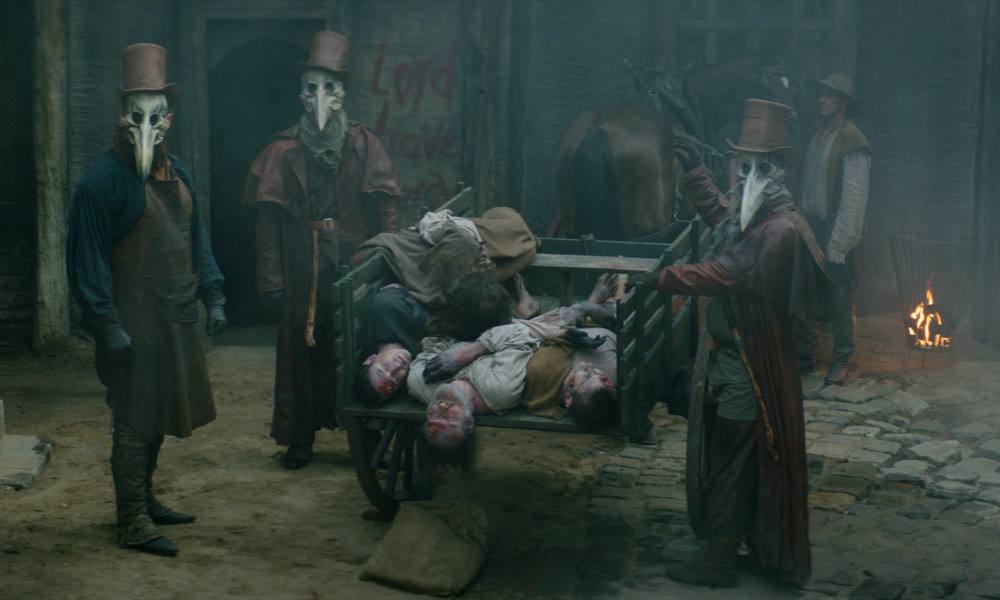 The Reckoning is set during the period of the Great Plague of London, the last major outbreak of Bubonic Plague, which killed over 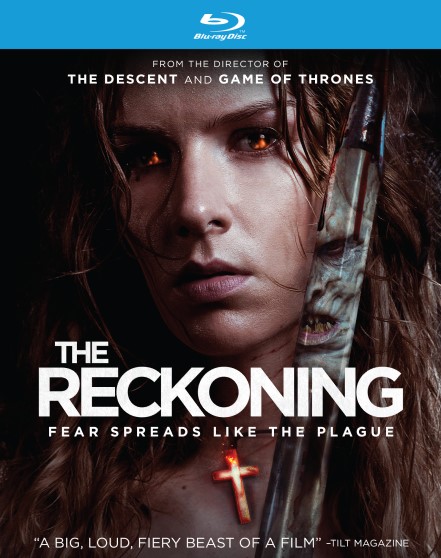 approximately 100,000 people from 1665 to 1666. This is a key element as it is the driving force to the events in the film and of trials (literally and figuratively) that Grace Haverstock (Kirk) is forced to endure.

Grace and her husband, Joseph, live on a small farm in rural England with their newborn baby. When Joseph is infected by the plague, he takes his own life, rather than risk infecting his family. When the sexual advance of the sleezy Squire Pendleton (Waddington), who is the landlord of the Haverstock farm, are rebuffed, he works the townsfolk into a frenzy by accusing Grace of being a witch.

This was an all-too true occurrence of the time when any ill that befell a town or its people was blamed on the devil and a scapegoat had to be found. In nearly all cases this turned out to be a woman whom, for various reasons, did not fit the societal norms. The cancel culture of this time usually meant being burned alive or hung, but only after laborious torture to induce a confession.

Grace is arrested and taken to town where Pendleton sends for Judge Moorcroft (Pertwee), a ruthless witch-hunter to question…i.e. torture Grace. Moorcroft is perhaps based on the real-life Matthew Hopkins who oversaw some 300 executions for witchcraft in the mid-1640s. While enduring horrific and frankly sadistic tortures, Grace begins to experience hauntings by her husband and visits by Satan himself.

One could easily jump to the infantile conclusion that the film had to be the work of a severely misogynistic individual who truly hated women…except that the film was co-written by star Charlotte Kirk herself. But I find Kirk’s objective to be the empowering of woman over the male-dominated caste system of the era. She wants the viewer to feel her torments if only to make her reprisal that much greater. And that is the point of the film. Yes, its misogynistic because this was the fact of times. Women could be, and were executed with alarming regularity based on hysterical accusations with no basis in fact.

Truth be told…likely one would not survive this level of torture let along be in any physical condition to fight back and its one of the pills you’ll need to swallow to get through the film. Then there is the fact that Grace is…well she’s too beautiful and apparently the 1600’s had a Revlon or Cover Girl counter somewhere because Grace looks more likely to be walking a runway with her finely coifed hair, and lipstick, eyeliner and eye shadow. Is it a deal killer? No, but it is definitely an eye roller.

While “The Reckoning” laughs in the face of historical accuracy, fine performances from Kirk and the supporting cast make it worth a view for fans of the genre.