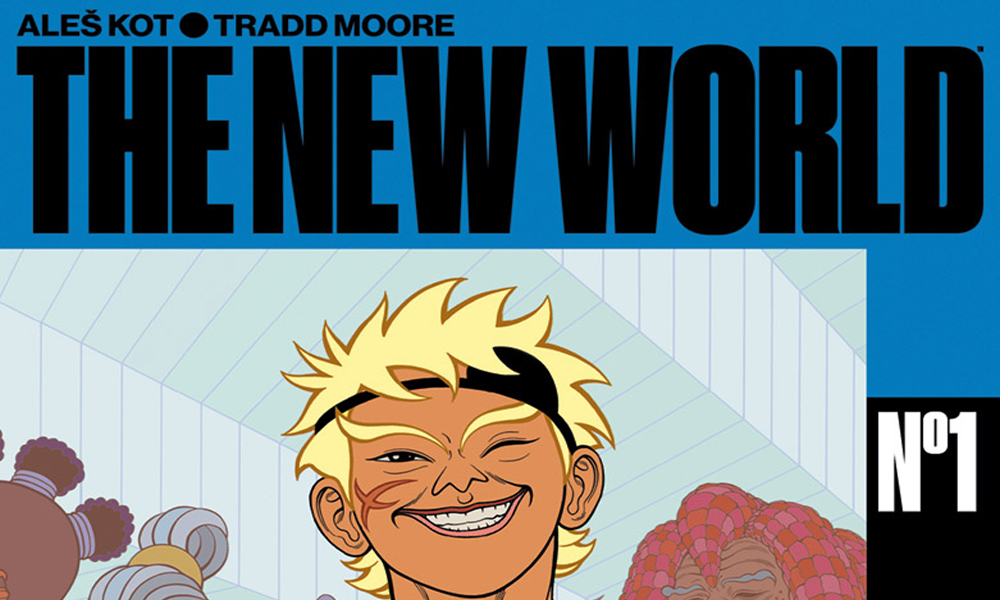 It is clear from the very start of this “massive-sized debut issue” that an awful lot of thought and attention to detail has gone into the story-telling of “The New World”, from its text-book description as to how “nuclear devices 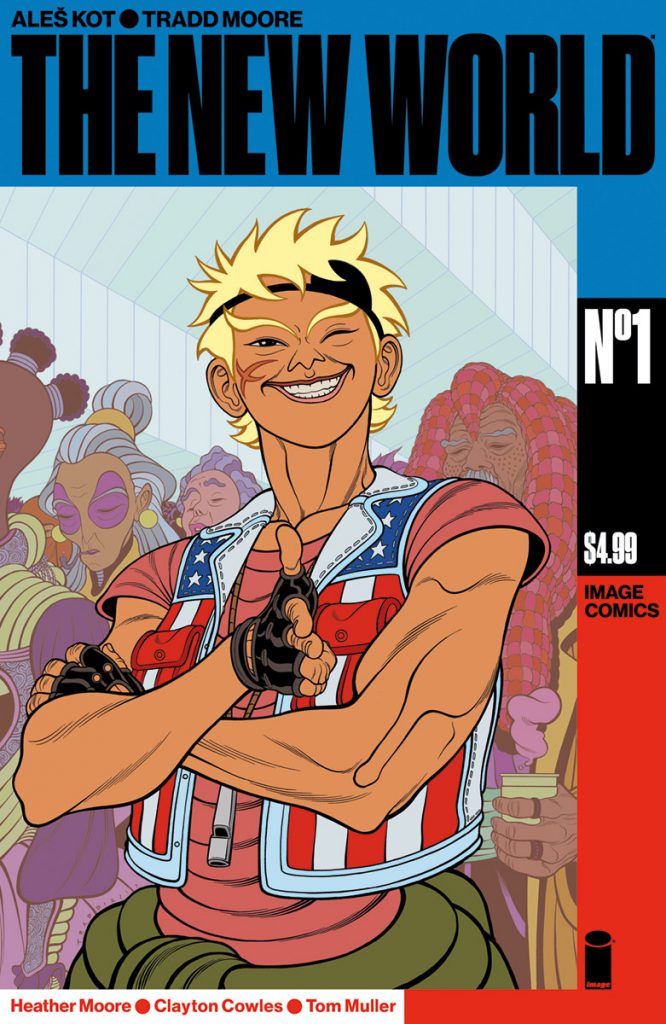 simultaneously exploded over the metropolitan areas of five major cities of the United States of America” through to its later emotional ‘flashback’ depicting the grim fate of Stella’s parents as they fatally try to escape through the chaotic country’s great wall; “Wait a second. What… Officer Sherazi reporting more runners! I need back-up! I repeat! I need –” But whilst such labour intensive efforts may well engagingly immerse some readers into the post “Second Civil War” biosphere, for others such plot threads as a lengthy, detailed account of an artificial intelligence’s non-ending battle with a household cat, can become a little too ‘overly complicated’ and detrimentally distract its audience’s attention away from a fairly straightforward tale of “two lovers” innocently meeting for the first time.

Indeed, in many ways the complexity of the society within which Ales Kot’s script is set is arguably far more effective as a screen to mask the simplicity of his actual story, than it is as a vehicle to draw his audience into the Czech-born writer’s “ballistic sci-fi action romance miniseries”. Certainly it’s not hard to quickly realise that the comic’s two opposing lead characters are inevitably going to unimaginatively ‘hook-up’ as a result of a horribly contrived sequence of co-incidental events; a fact which even “Image Comics” boldly acknowledges during its pre-publication advertisement for the magazine by drawing direct parallels to its arguably unoriginal central narrative with that of William Shakespeare’s tragic play “Romeo And Juliet”.

Of course, that isn’t to say that there isn’t still much to enjoy within the confines of the action-packed, reality television show-obsessed New California. The “straight-edge vegan hacker anarchist boy with a penchant for messing with the State” is a somewhat personable rogue despite his terrorist tendencies and inability to actually verbalise just why he has “plenty [of] legit reasons to hate the government.” And similarly, the “hedonistic cop with a… license to kill” is equally as likeable, particularly when the short-scalped celebrity continues to take the moral high ground over her presidential grandfather’s draconian, cold-blooded desire to see wrong-doers murdered in front of millions of viewers.

Yet perhaps this comic’s greatest draw is actually in the luscious Manga-like artwork by Tradd and Heather Moore, which in many ways seems highly reminiscent of a “Where’s Wally?” puzzle book due to their panels containing such a sense-shattering amount of detail and hallucinogenic colour. In fact, some of the couple’s double-splashes, such as those pencilled inside a Long Beach discotheque are absolutely mind-blowing, and well worth investing plenty of time in so as to see all the different figures dancing, drinking and earning this publication its well-deserved “Mature” rating.