The Nevers (2021): Don’t Be Embarrassed If You Were Initially Confused By The First Half Of Season One 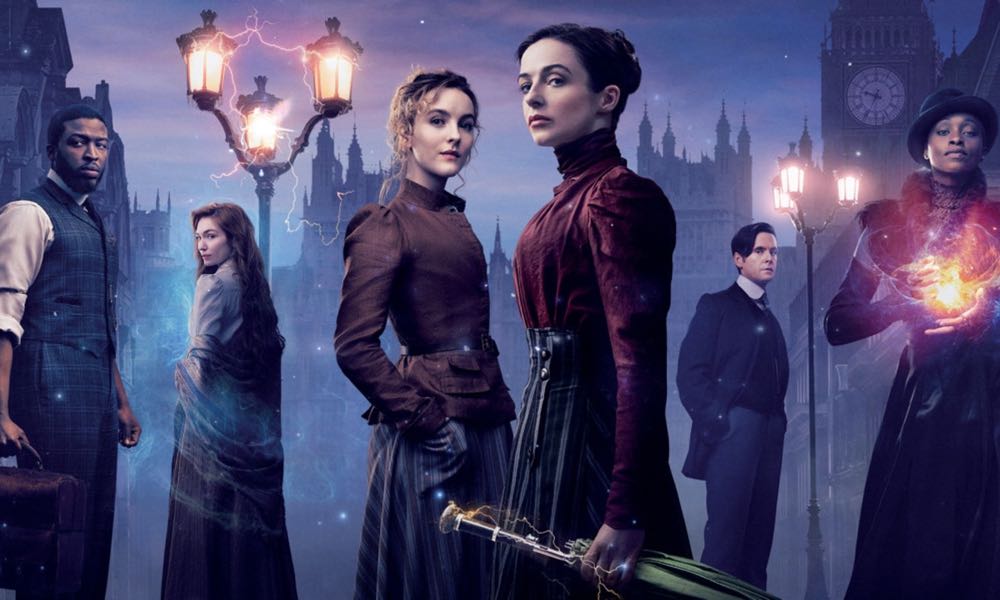 The first time I started watching the new Josh Whedon HBO series The Nevers, it was not until the third episode, I paused and realized I had no idea what this series was about. All I knew about the show so far was that it’s set in what appeared to be the end of the nineteenth century. This has always been one of my favorite periods in history, especially because of the steampunk style and the rapid evolution in technology taking place at the time. A period ripe with promise for high adventure and stylish fun.

What’s this? A period piece genre series helmed by one of the highest regarded genre storytellers of our times? Say what you will about Josh’s behavior behind the camera. He’s still one of the best genre storytellers around. Realizing I had not been paying enough attention to something that probably deserved it, I began to watch again. It was not until the third viewing that I began to appreciate how remarkably enjoyable, complex, engaging, and compelling this multi-layered story is. The Nevers does display glimpses of modern feminism, but that is not its focus. Intelligent, Clever, and peppered with humor in his usual style, the stylish mystery/action/adventure series quickly went from meh in my mind to one of my favorite series in recent memory. Whedon’s story includes extraterrestrial life, alien visitation, and time travel. Plus, I love a good mystery, and there’s plenty of mystery here.

The first episode of this generally fast-paced series initially throws a lot at you in a very brief amount of time, which for me was initially quite confusing. If you are not paying close attention, you might get lost. The jigsaw puzzle way the narrative unfolds using flashbacks and snippets to tell its story contributes to any confusion. What is readily discernable is the story revolves around a unique group of women called the touched and an unusual event that changes the lives of everyone in the alternate universe London, where the story is set. I am a sucker for a well-done period piece, and this one comes close to and is almost as charming as a real BBC production. The art direction is excellently done.

Not familiar with this title? The Nevers is an American science fiction drama television series created by Joss Whedon for HBO. The series is produced by HBO and Mutant Enemy Productions with executive producers including Whedon, Philippa Goslett, Doug Petrie, Jane Espenson, Ilene S. Landress, and Bernadette Caulfield. The series premiered on April 11, 2021. The first season will consist of 12 episodes, split into two six-episode parts. The Nevers is described as “an epic science fiction drama about a gang of Victorian[s] who find themselves with unusual abilities, relentless enemies, and a mission that might change the world.”

Beyond the fantastic events, the series portrays the series characters, and the portrayals of the actors that play them lend this series most of its engaging nature. The cast really does an exceptional job and does a lot to pull the viewer into the story. Although this series is indisputably an ensemble production, there are a few more memorable standouts.

The first on that list is Laura Donnelly as Zephyr Alexis Navine / Amalia True: One of The Touched, and generally accepted as their leader, with the ability to see glimpses of the future. However, at least on the surface, this story seems to be a classic tale of the battle between good and evil. Amalia is not your typical hero or anything close to that. In fact m she sometimes seems almost like an anti-hero. She is the personification of the phrase shades of grey. She is dedicated to her cause. She is a badass who never turns down a drink. In a surprising cameo, a-much-older-since the-last -time-I-seen-her Claudia Black portrays Zephyr in a previous body.

Ann Skelly as Penance Adair: Amalia’s best friend and a Touched with the power of ‘seeing’ electrical energy patterns and inventing skills. She is both religious and heretically progressive. She is nearly the opposite of the very complex Amalia, simple, idealistic, and vulnerable. I have a crush on Penance.

The relationship between these two goes a long way towards making this show more charming for me. The pureness of their obvious affection for each other leaves little doubt it’s real and true. It’s like it’s the one pure thing in this story. I am hoping the series explores how these characters meet and what makes their relationship so special.

Other notable characters in the series include Pip Torrens as the menacing Lord Gilbert Massen, a far-right politician, a former military man and strong supporter of the British Empire, and very skeptical regarding people with extraordinary powers. He is at war with the touched and everything they represent.

Nick Frost as Declan Orrun, aka The Beggar King: Charismatic and brutal, Declan commands London’s low-level criminals. Sometimes he works with Amalia and her cause but is unreliable because he is amoral. Frost is suitably scary in the role.

Last but not least is an actress that nearly steals the show. Amy Manson as Maladie/Sarah: An unstable member of The Touched living underground. She is like a force of nature and just as unpredictable. Originally known as Sarah, Maladie is not only in charge of a band of renegades but is also on a killing spree. Manson also portrays Effie Boyle, a deceased journalist Maladie impersonates. She’s pretty scary too.

The first half of the season, it turns out, is mostly an introduction to the show’s characters and the world it takes place in. The fast-paced show is never boring but quickly throws a lot at you in the first and sixth episodes that some may find challenging. To me, that’s part of the show’s appeal; the fact that it is a little challenging made a favorable impression. Anyway, as you may have guessed by now, once I got past the confusion, I found The Nevers thoroughly enjoyable, with a story that seems full of promise for many seasons to come.