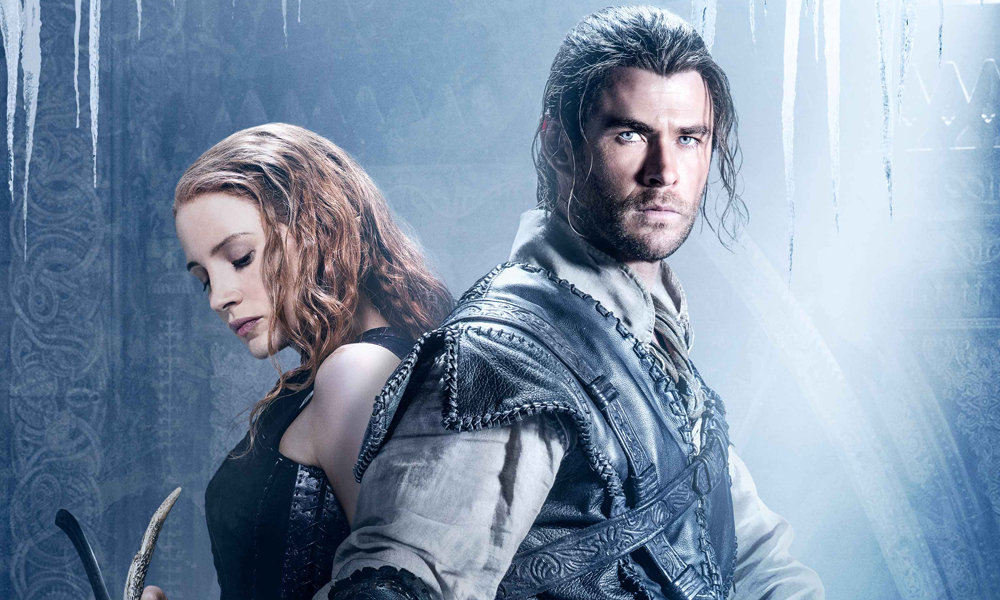 Never did I think that a sequel to Snow White and the Huntsman would get made without, well Snow White (Kristen Stewart). Nor did I ever think I would be intrigued by a sequel to a film I never saw. It doesn’t look too different, but the cast is a good collection of character actors. I want to see more, what say you? Check out the trailer and new six posters for the film below!

Synopsis: The fantastical world of Snow White and the Huntsman expands to reveal how the fates of The Huntsman Eric and Queen Ravenna are deeply and dangerously intertwined.  Chris Hemsworth and Oscar® winner Charlize Theron return to their roles in The Huntsman Winter’s War, an epic action-adventure in which they are joined by Emily Blunt and Jessica Chastain, as well as director Cedric Nicolas-Troyan.  Producer Joe Roth (Maleficent, Alice in Wonderland) once again leads the team in a breathtaking new tale nested in the legendary saga.

Long before the evil Queen Ravenna (Theron) was thought vanquished by Snow White’s blade, she watched silently as her sister, Freya (Blunt), suffered a heartbreaking betrayal and fled their kingdom.  With Freya’s ability to freeze any enemy, the young ice queen has spent decades in a remote wintry palace raising a legion of deadly huntsmen—including Eric (Hemsworth) and warrior Sara (Chastain)—only to find that her prized two defied her one demand: Forever harden your hearts to love.

When Freya learns of her sister’s demise, she summons her remaining soldiers to bring the Magic Mirror home to the only sorceress left who can harness its power.  But once she discovers Ravenna can be resurrected from its golden depths, the wicked sisters threaten this enchanted land with twice the darkest force it’s ever seen.  Now, their amassing army shall prove undefeatable…unless the banished huntsmen who broke their queen’s cardinal rule can fight their way back to one another. 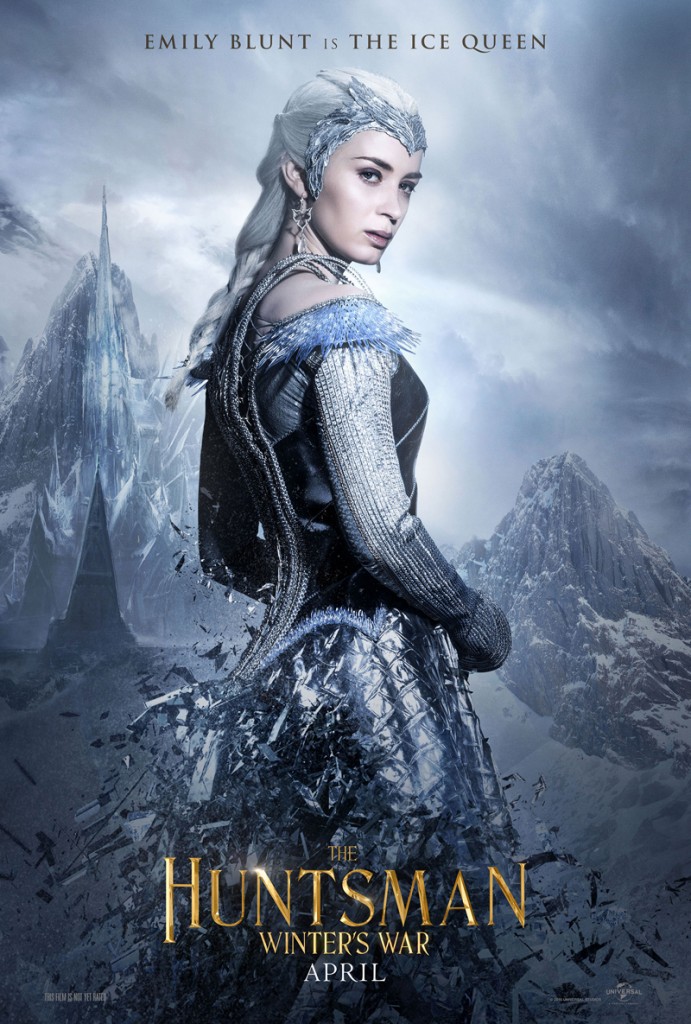 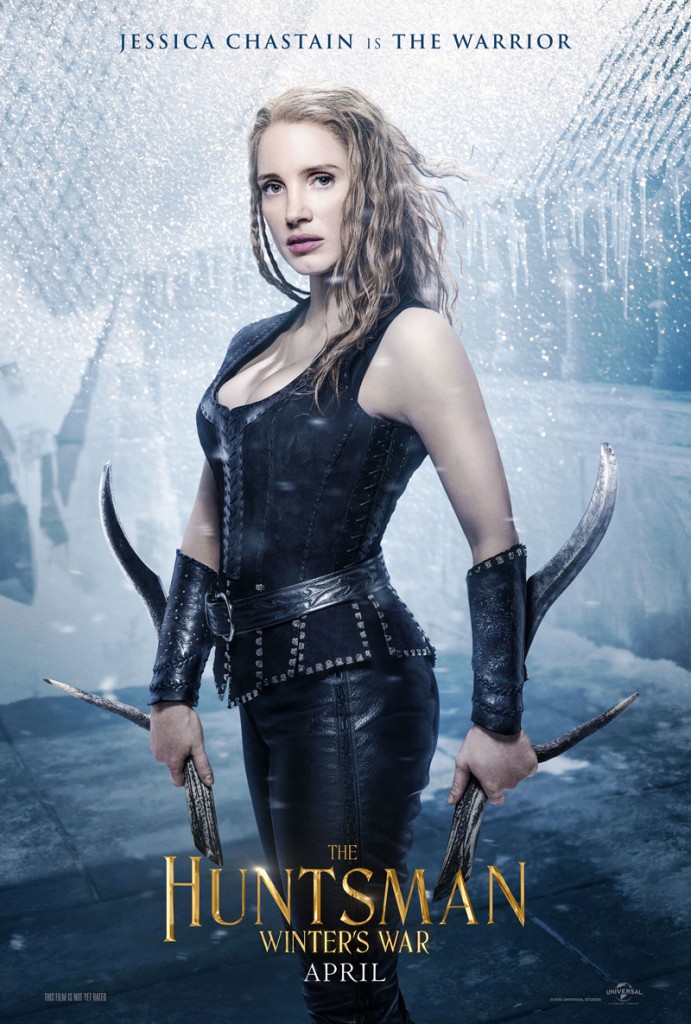 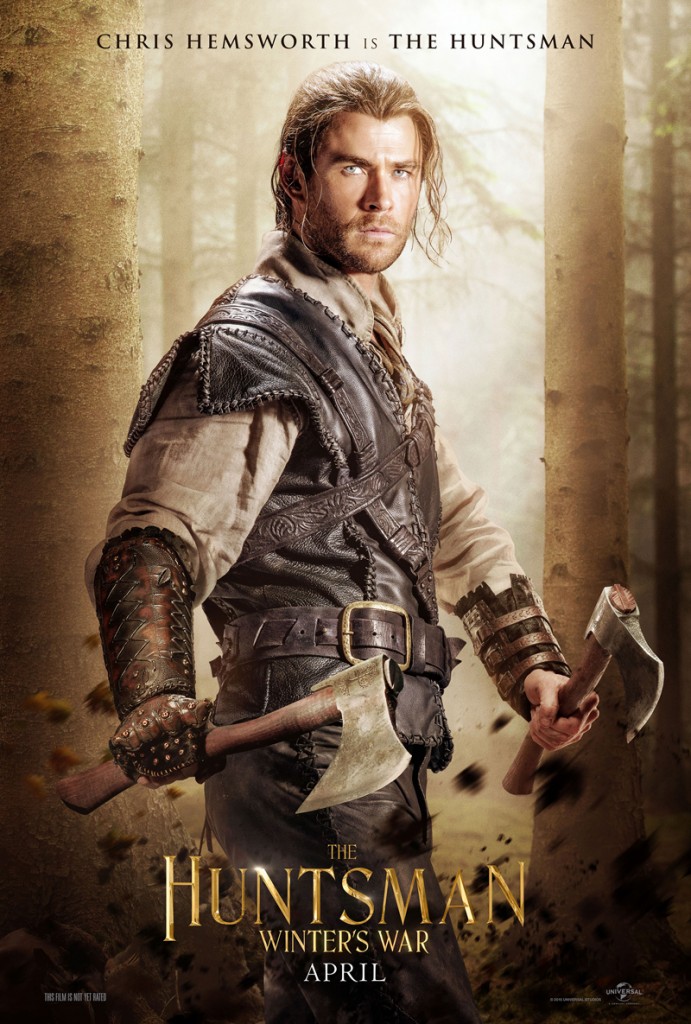 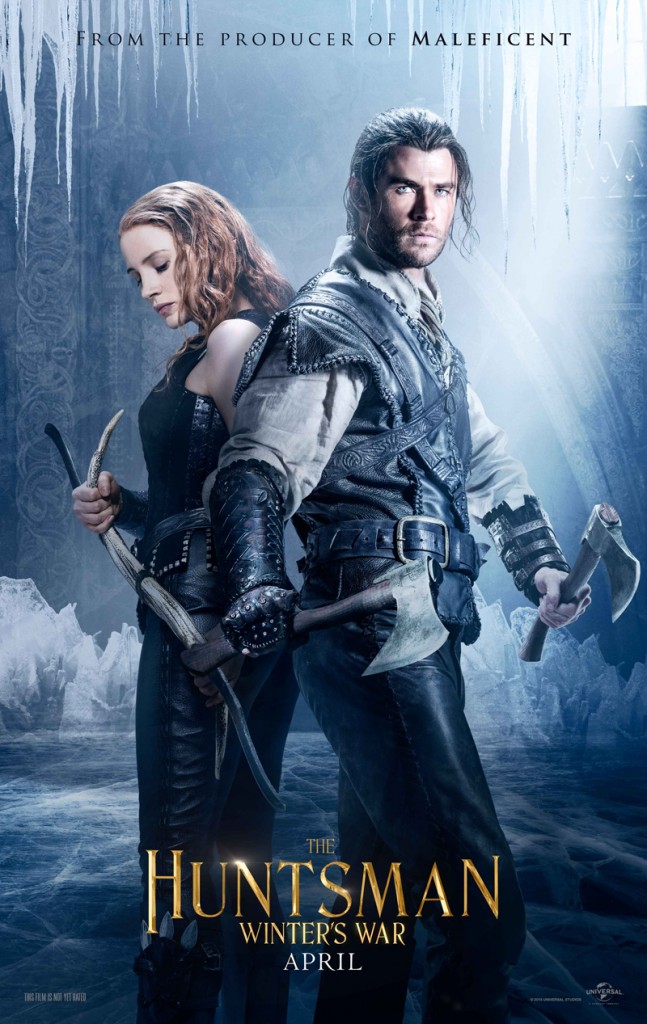 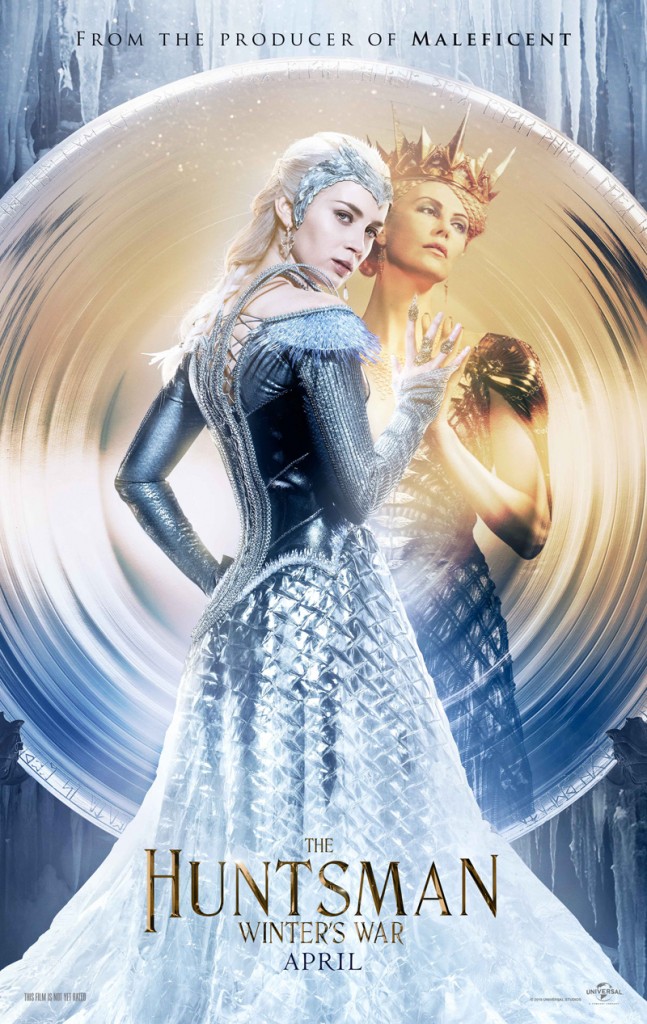 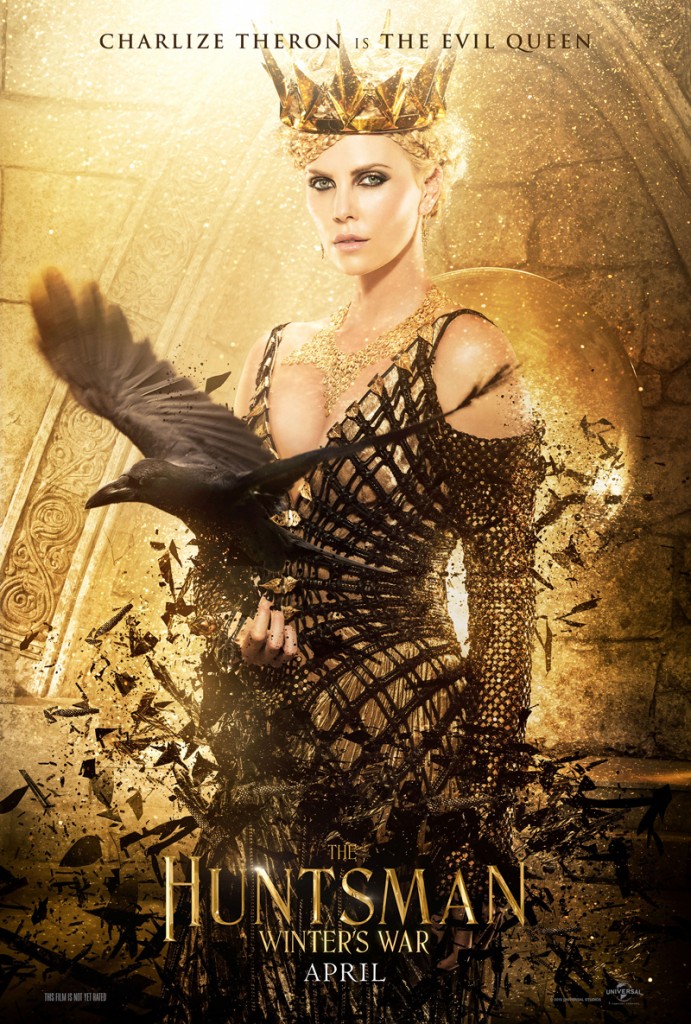