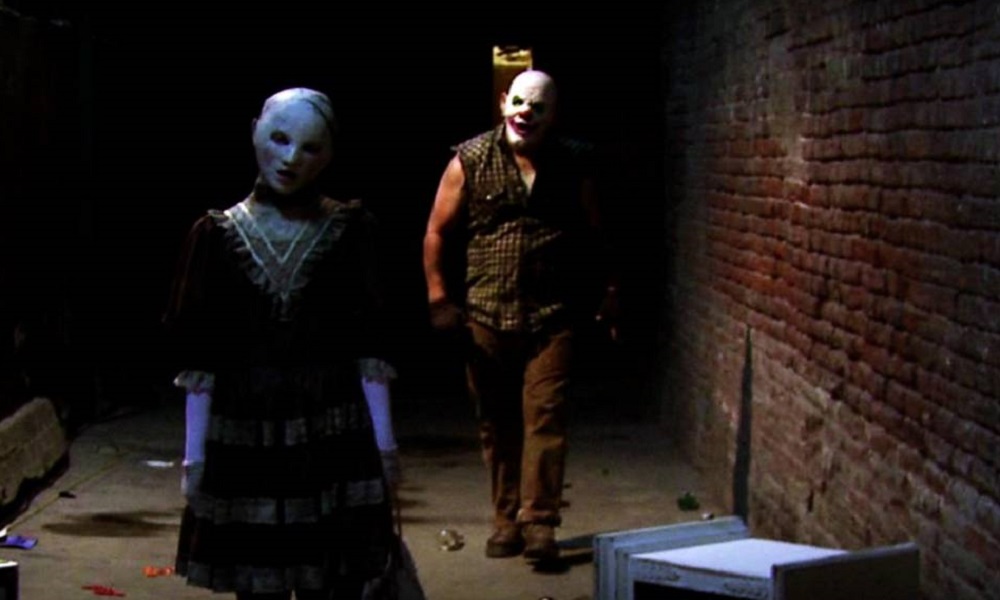 The Houses October Built (2014) was a surprisingly satisfying little independent horror film. The found footage film was part documentary and part fictionalized horror. It found a group of friends touring the country in a motor home and looking for the most extreme Halloween haunts. The films chronicles visits to real-life Halloween haunts around the nation, featuring interviews with both workers and customers. However, their quest to find a legendary haunt known as “Blue Skeleton” leads them to be abducted and terrorized by those running the attraction and the film ends with the friends seemingly buried alive. 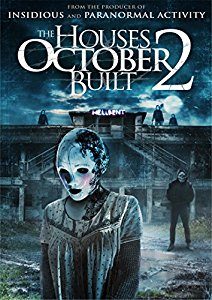 Three years later Directory Bobby Roe and who co-wrote and co-stars in the film with Zack Andrews are back with a sequel, revealing the fate of the friends from the first movie…and ho hum…Unfortunately there’s little narrative here to explain their survival other than the police arriving at the last minute to save them from being buried alive in a true Dues Ex machina moment.

The film next picks up a year later as the group has gained a measure of fame online for documenting their harrowing experiences. They have now become highly sought after by owners of Halloween attractions who pay them to visit their haunts and post their experiences online. The one catch is that they all insist that Brandy, who has become known on the Internet as ‘Coffin Girl” must accompany the rest of the group. While the four men are all gung-ho on the prospect, Brady is still traumatized by the events and refuses until the group finally agrees to pay her the most and make sure she doesn’t have to do go inside any haunt that she refuses.

Once again the group finds themselves on the hunt for the most extreme haunts and soon begin to see signs for the mysterious Blue Skeleton. The group wakes up one evening to find their motor home outside an old mansion…the location of Blue Skeleton! As before the group is terrorized by the nameless and faceless people who run the haunt.

The Houses October Built 2 remained on solid footing with some interesting footage and interviews of the country’s more well-known haunts. One of the great appeals of the first film was the genuine performances of the actors because they weren’t giving a performance as much as simply being themselves. The sequel begins that way and Brady (Brandy Schaefer) dictates much of the narrative.

Their experiences are truly terrifying in the Blue Skeleton haunt as Brandy is led like a rat through a maze, and forced to endure one horrific scene after another. But here is where Roe and Andrews get too cute for their own good. In a move that defies all logic they decide to toss in a ridiculous plot twist that robs the film of its documentary-like raw energy so a silly, implausible and incomprehensible WTF moment that falls flat. I sat there staring at the screen blankly trying to figure out what happened as the credits rolled by and my confusion was quickly replaced by anger over the fact that what had been a worthy sequel was suddenly capsized. Do yourself a favor and cut the movie off with about 10 minutes left. You’ll thank me for it later.