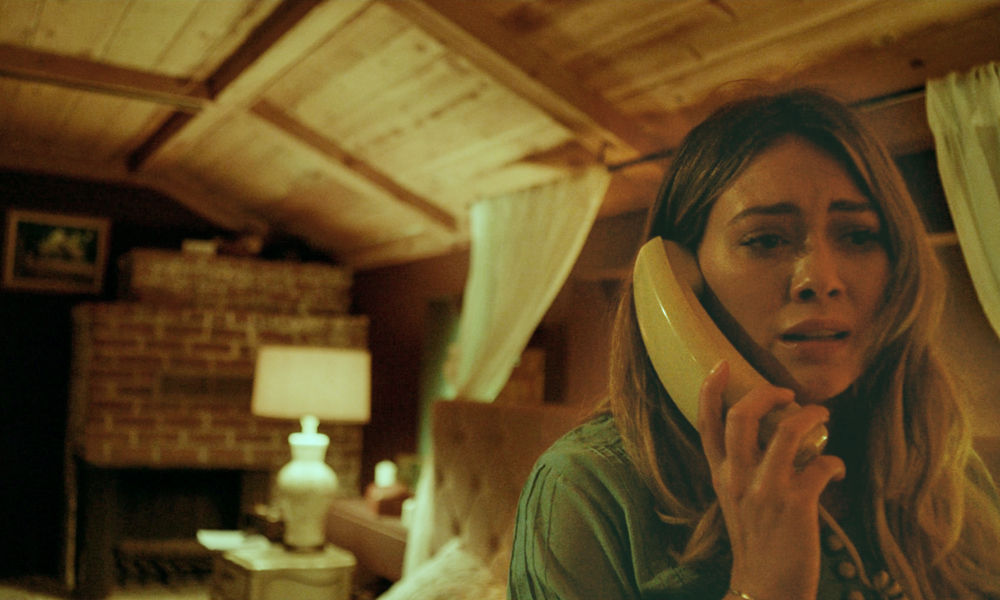 Opening with a quote from the last lines of Edgar Allan Poe’s ‘A Dream Within a Dream,’ we are introduced to the main character Sharon Tate (Hillary Duff) as she describes a dream, she had about the gruesome death of her and her ex-boyfriend. 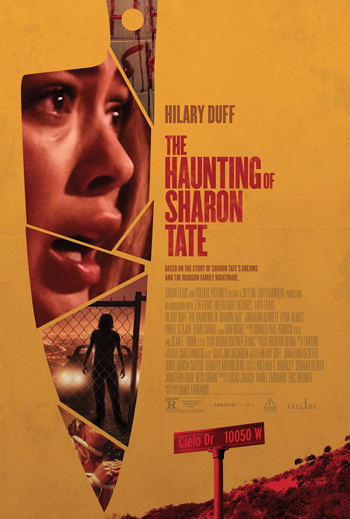 Taking place in August 1969, ‘The Haunting of Sharon Tate’ follows the last days of Sharon’s life as well as the guests at the house she shared with her husband Roman Polanski. Having returned home from a trip overseas without Roman, Sharon spends the days dealing with the friends Roman left to housesit for them. These friends are an imposition to Sharon, having made changes to the home and its staff without Sharon’s knowledge as well as not dealing with a strange visitor named Charlie who is dropping off samples of his music.

Fueled by frustration with Roman’s absence, the intrusive house guests and strange and crazy visitors, Sharon begins to dream again about her impending doom.

Hillary Duff plays the part of the beautiful Sharon Tate well. Her performance fits perfectly, the frustration, terror and moments of doubt we see in Sharon’s life as her life and death blur the reality of dream. The other actors in this film were good, but just like the murder of the real Sharon Tate, everyone else are outshined by the pregnant beauty queen.

Speaking of the murders, what was shown on screen was brutal and even hard to watch as the actors reenacted the scene with stark brutality. The begging and whimpering of the victims as they were attacked, stabbed and shot. The sound of knives being plunged into bodies.

The begging of Sharon Tate for the life of her child at the expense of her life and the gleeful yet cold merciless reply she is given, before her throat is slit, and she is repeatedly stabbed.

With a soundtrack that includes music from Charles Manson himself, this movie really is a horror movie. Manson’s droning music creates eerie scenes that add a thick sense of dread to the action, or to the inaction of tense moments.

There are several cheap jump scares in the film and some shaky cam footage that is used on one scene that seems so bad, you’d think they’d hired a weekend YouTuber to film it on their cell phone.

For the most part, despite some technical difficulties, The Haunting of Sharon Tate was an intriguing film. The dream within a dream poem, mentioned at the beginning was not randomly pulled out from nowhere and just dropped into a movie to give it an eerie edge. The concept plays into the movie.

I will give a warning to anyone who is offended by the idea of taking a real-life tragic murder and spinning it into a horror film. If you think sensationalizing murders is wrong or you’d have a hard time with it, Don’t see this film!!

The Manson family was a spectacle. The murders they committed and the trials that followed were a circus of sensationalism and gruesome entertainment. Considering this is one of three movies concerning Sharon Tate to come out this year, I cannot help but feel like that tradition of sensationalism continues.

If this murder had happened a hundred maybe even seventy-five years ago, I might not care as much, but Sharon and the rest of the victims of these murders still have living relatives. Brothers and sisters and even a parent still alive out there.

So, if those kinds of things would bother you, avoid this. Obviously, if you’re not bothered by it, you should check this out.  The story was intriguing and I did enjoy this film a little, but I definitely hated myself for it.