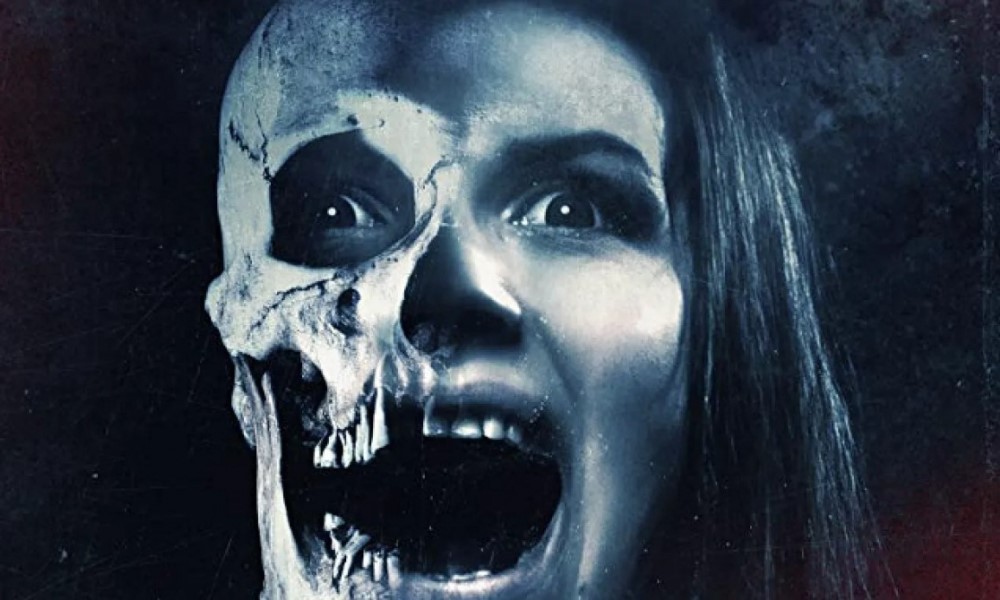 The Haunted is a hidden gem among horror movies. It’s not perfect but considering the plethora of low-budget horror movies that litter the market every year, it is almost a masterpiece. 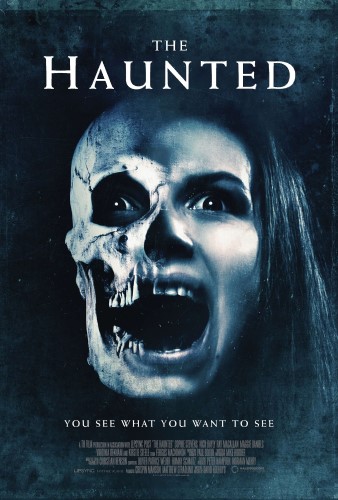 Emily (Sophie Stephens) has taken a job as an overnight caretaker for the almost always unconscious Paul (Ray MacAllan), a local man of influence whose family is gone. Paul has been left alone, suffering dementia at home spending a good deal of his time sleeping and waiting for his end. A job for Emily which by all accounts should be uneventful and easy; if Paul’s house were not haunted.

A problem with a lot of low budget horror movies is they feel low budget. The acting is wooden. The character’s actions are inconsistent, mind-bogglingly idiotic, and their dialogue is heavy with explanation and often too well informed. The sound is either too loud, too quiet or a haphazard mixture of both. The story is predictable and cliched reliant on jump scares and not tension generated by the story itself.

I will be the first to admit that it is a typical haunted house horror movie. Strange things go on, the main character investigates strange noises in the house, sometimes in the dark or with a flashlight that makes you question her sanity. You find yourself questioning whether anyone has ever seen a horror movie in that universe and fighting the urge to scream “don’t do that”.

Like typical horror movies there are some moments which will leave you scratching your head and asking, “why would she do that?” or some scenes that scream “JUMP SCARE,” and you would be right. But despite this, the movie was entertaining in its one hour and fifteen-minute run time.

Sophie Stephens plays Emily well, as an out of place woman on her first night on a job where she is left alone in a strange place, in unfamiliar circumstances taking care of a stranger for the first time. Her performance is best described as natural and she telegraphs the right amount of fear and urgency for a character torn between running from her situation and leaving the person she is meant to be taking care of behind.

A couple of strengths this movie has going for it, is the atmosphere of this out-of-the-way secluded house. Sometimes haunted house movies tend to have large, spooky, dilapidated mansions that you can never picture anyone living in. The house in The Haunted seems to fit in the kind of home you would expect a successful businessman and his once present family to have occupied. The home feels lived in, while at the same time has a sad, empty feeling to its darkened halls and rooms. This gives a very natural tension to Emily’s journey and gives a fish-out-of-water feel to the story as she struggles to figure out what is happening.

A problem that plagues a lot of movies is there is not enough balance between “showing and telling.” If a movie does either too much, it can be a distraction and can lead to boredom for the audience, or if they do not show and tell enough, it can leave the audience confused and critical.

The Haunted leans a little more to the underexplained, but it is not frustrating to the point of being unwatchable or incoherent. Maybe some of the scenes could be better explained by a reviewing of the film, which I would be glad to do in the future -but the lack of explanation is not a deal breaker. The audience can figure out enough of what is going on to make the ending a little satisfying but have enough unexplained items to leave them thinking.

The movie does make use of the jump scare a few times but it is a horror movie, so it’s allowed, if not required to have a couple. The soundtrack is good, you should check out the behind the scenes making-of web documentary called: Inside the Score. It follows music composer Christian Henson and his team as work to score this film.