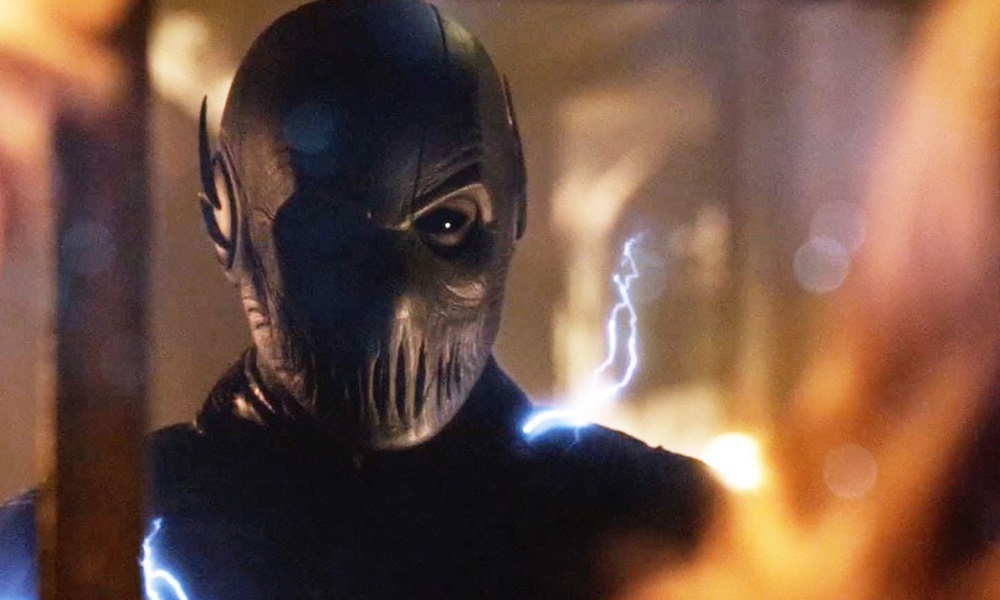 The Harrison Wells of Earth-2 has arrived at S.T.A.R. Labs and as Cisco eloquently points out, he’s a bit of a “dick”. Wells has no interest in pleasantries. He’s arrived solely because he feels that Barry is the only one capable of stop Zoom, who Wells is responsible for creating. Zoom has unleashed another meta-human on Central City, this time it is a bank robber and thief Doctor Light…the female version that is the Earth-2 doppelganger of Barry’s former flame, Linda Park. 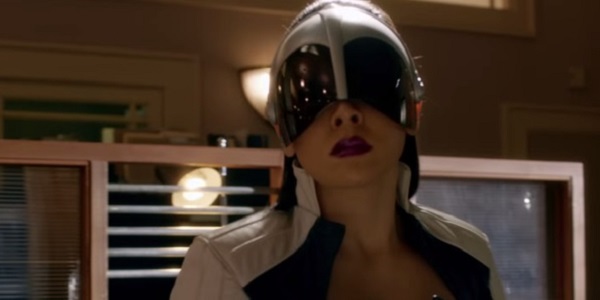 Wells wants to capture Doctor Light in order to get to Zoom. Jay Garrick disagrees with the strategy, worrying for Barry’s safety. Wells and Garrick come to blows until Barry breaks up the fight. We learn that Jay faced Zoom many times and barely escaped with his life each time and doesn’t want to put Barry into the same situation. Wells doesn’t care however. He outs Cisco as being a meta-human to the rest of the group, imploring him to use his psychic vibes in order to track Light down.

The Flash locates Light at the train station trying to flee but her powers keep him at bay. Wells instructs him to run fast enough to create a speed mirage, effectively making duplicates of himself. The Flash is finally able to get close enough to knock Doctor Light out cold. Back on Earth-2 we find out the reason that Wells so desperately wants to catch Zoom. The villain is holding his daughter hostage.

In some of the sidelights this week, Barry and Patty Spivot go on their first date. Temporarily blinded by Light, Barry clumsily tried to hide that fact from Patty before coming up with an excuse that he had his eyes dilated. I don’t quite understand why Barry didn’t just lead with the excuse rather than trying to fake his dinner date with Cicso’s help. More interesting was Cisco asking out a new girl at the coffee shop. This is interesting because she is Kendra Saunders…Hawkgirl, who will soon star in the spinoff series Legends of Tomorrow.

A mixed bag for me this week; the new Earth-2 Wells was a blast. I mean he was a total jerk but he was fantastic. I am so happy they have found a way to continue using Tom Cavanagh in this new role. He’s Wells without any pretenses of his Earth-1 counterpart. I was less than enthused with the portrayal of Jay Garrick’s character as somewhat of a coward. That is not the Golden Age Flash that I know. It’s an unwelcome bashing of a great character and I hope there is some redemption for Jay coming later in the season. This week’s villain wasn’t compelling. In the comics, the female Doctor Light is already a hero while the original version is a villain, and one of the nastiest. The bug-eyed helmet that Light wore also didn’t help.

In a twist, it is Barry that gives Cisco his superhero moniker, Vibe. The surprise of the week was the introduction of Saunders. Between The Flash and Arrow we are starting to see the team for the Legends of Tomorrow coming together. The weakest episode of season 2 but still entertaining.