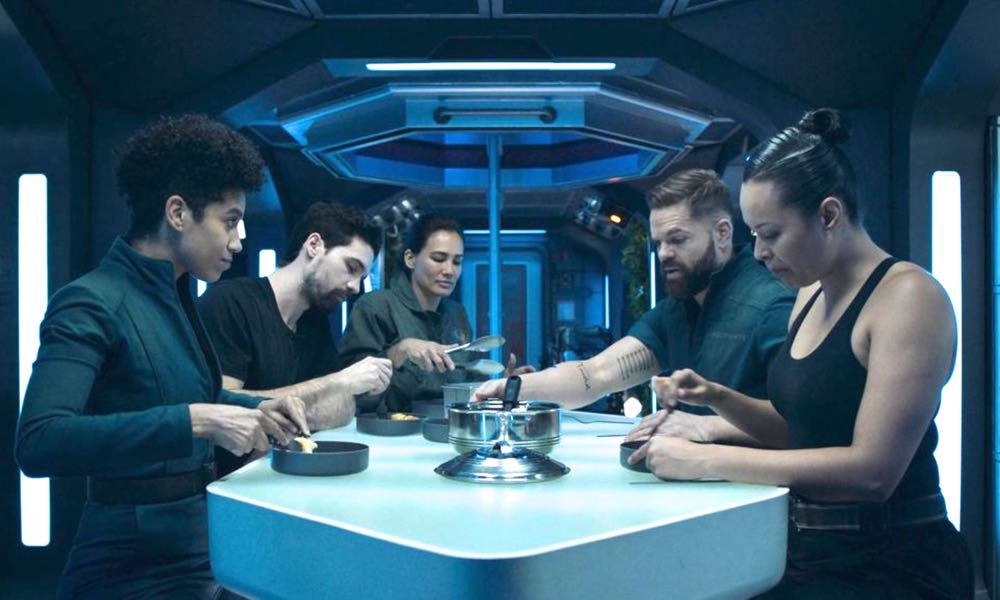 For lack of anything better to watch that’s current, I revisited season  6 of one of the best and most popular science fiction series on television recently. Like it has in the last three seasons since moving to Amazon Prime, the series has, once again shifted gears. This time, post-Alex, and post-proto-molecule for the most part. the series shifted from a more thorough examination of the development and circumstances of its main characters to a depiction of an all-out armed conflict between the neighboring factions in our solar system. Transforming this into a sci-fi war series. A war that just needed a spark to get started, a spark provided by the Ringer revolutionary and zealot Marcos Inaros’ attacks on Earth.

There is a reason war has always been such a popular subject in both movies and Tv shows. It provides plenty of drama to chew on, plus the chorus of human behaviors that accompany a war setting. Things like passion, bravery, cowardice, loyalty, betrayal, and heroics from sometimes surprising unexpected sources. Being a character-driven series this also provides plenty more of a narrative that explores the motives, and evolution of some of the series’ main characters.

I have mentioned before how this series is, intentionally or not, almost the exact opposite of Star Trek. There are no gleaming citadels of futuristic idealism and democratic socialism here. No transporters or inertial dampeners, space travel is more realistically portrayed and it sometimes hurts. Instead of a currency-free future society, it has everyone scratching out an existence in a dog-eat-dog universe. Also, weapons are more conventional with actual missiles and bullets still in use. The setting the show provides depicts things as less fantastic in terms of portraying future space exploration and colonization. A depiction closer to a realistic portrayal of space travel based on what we currently know about physics.

Still not familiar with this title? The Expanse is an American science fiction television series developed by Mark Fergus and Hawk Ostby, based on the series of novels of the same name by James S. A. Corey. The series is set in a future where humanity has colonized the Solar System. It follows a disparate band of protagonists—United Nations Security Council member Chrisjen Avasarala (Shohreh Aghdashloo), police detective Josephus Miller (Thomas Jane), ship’s officer James Holden (Steven Strait) and his crew—as they unwittingly unravel and place themselves at the center of a conspiracy that threatens the system’s fragile state of cold war while dealing with existential crises brought forth by newly discovered alien technology. And in season 6: a rogue faction of Belters. Marco Inaros the rebel leader amasses a Belter fleet and attacks Earth through stealth shielded asteroids.

The show has done an excellent job in getting us to like and care about its characters. Although I do like them all, they have become like a surrogate family. Even though like many fans I am sure, I have my favorites. Mine are Amos, Bobbie, and Drummond, who, for very different reasons have a lot of appeal to me in ways I am not sure I fully understand. First is Amos, the enfant terrible, the Rocinante’s powerful mechanic. He, on the surface sometimes seems childlike in his simple back and white view of life., but I am not sure he is wrong. He seems to have distilled all of life into a less complex way of seeing things I sometimes envy. In this season he is depicted as developing a friendly rapport with Bobbie (another of my favorites). They seem to understand each other on some unspoken level, and even provide some of the season’s more human and rare amusing moments. Bobbie has the pragmatic views of a soldier and carrying out orders no matter what. 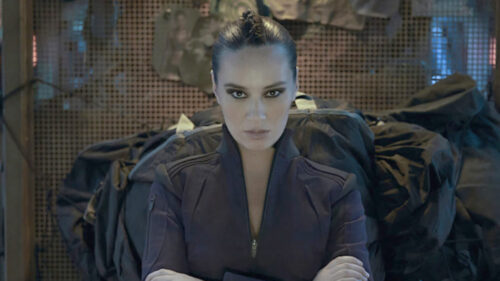 Next is Drummond, who, driven by passion and a relentless sense of justice and loyalty to the cause of the Belters, is incorruptible and steadfast in her determination to complete her mission. I love her ‘damn the torpedos’ attitude.

The conclusion of the series faithfully portrays the books but remains bittersweet. What follows takes place thirty years later. Still, rumors continue to circulate about a possible seventh season or a movie.  I just want more, I feel like the conclusion although it wraps things up well enough. still left me hungry for more about these characters. I want to know more about what happens next in the universe in which they exist. According to what I have read, like always, it all boils down to money. It’s the reason the final season was only six episodes, and in the end, will decide if we get more of this classic sci-fi series.