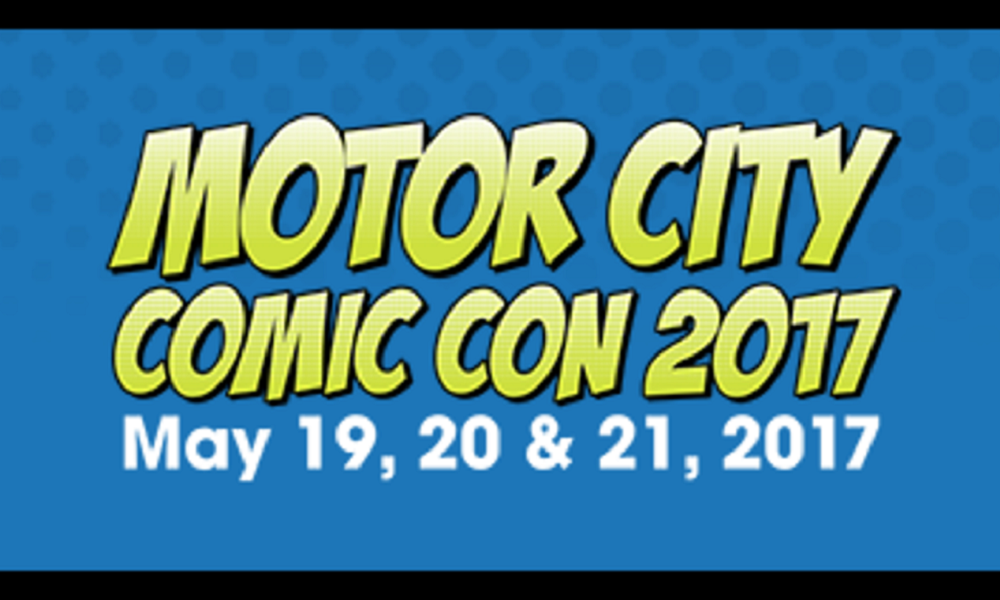 Last weekend marked the 28th Motor City Comic Con, the largest con in Michigan and one of the largest in the nation. The three day event attracted over 55,000 fans and was highlighted by an eclectic list of celebrity guests from current films and TV shows to classic and cult selections, as well as a mix of WWE superstars and even music icons.

The weekend always features a number of lively panels with the guests and gives fans the opportunity to ask questions, and this year was no different. Michael Rooker and Sean Gunn discussed the blockbuster Guardians of the Galaxy II. Rooker was actually about twenty minutes late for the session giving Gunn his chance for fans to get to know him better. He discussed his working relationship with his brother, Director James Gunn. Of course, once Rooker arrived it became his show. The gregarious actor, who played Yondu in the film and Merle in The Walking Dead, has a way of absolutely dominating the stage and holding fans in the palm of his hands. He is definitely a guy fans should try to meet.

The pair talked about the film, their favorite scenes, favorite Marvel characters, and much more. But one thing that they did not discuss was anything about the next installment in the series or the Guardians role in Avengers: Infinity War. Those details are top secret and even they don’t know what’s coming next for the MCU.

Ron Perlman, while not as high energy as Rooker, was also a lot of fun during his panel/Q&A. Perlman has a very dry sense of humor. He discussed his roles in Sons of Anarchy, Beauty and the Beast, and of course, Hellboy. Perlman confirmed the news that fans did NOT want to hear…there will not be a Hellboy 3. Perlman did not want to give any details but made it clear that he was as disappointed as the fans. When I had the chance to ask him about what, if any, feedback and reaction Sons of Anarchy got from actual 1% outlaw motorcycle clubs he said it was extremely positive, noting that he often got invites from clubs to come talk to them and hang out.

Among the other panels the show featured was a reunion of the 1980s comedy classic Weird Science with Anthony Michael Hall, Ilan Mitchell-Smith, and Kelly LeBrock; Barbara Eden reminiscing about I Dream of Jeannie; Billie Piper talking about her role in Doctor Who as the Doctor’s companion, Rose Tyler; horror icon Tony Todd discussed his roles in films such as The Night of the Living Dead, Candyman, and the Final Destination series; and Dave Gibbons meeting with fans to discuss his seminal comic series The Watchmen. In all the show featured 38 guest panels over the three day event.

Motor City Con isn’t just about meeting the celebrities but it is also a pop culture collector’s dream with millions of comic books, tens of thousands of toys, model kits, t-shirts and hats, fantastic pieces of art. Among the trends this year…Frankly I have never seen this many discounted boxes of comics $1 and under at any show. If you were looking to build and instant collection this was the place to do it. Everything from Bronze Age books to recent back stock could be had for a buck or less. But if you are more of a high end collector where were a number of dealers there with prime gold and silver age, CGC graded books for sales as well.

Another big trend was Funko’s pop vinyls. They threatened to take over the entire convention facility! If you are used to only seeing what retail stores have for sale it was easy to get overwhelmed by the sheer diversity of pops. I constantly found myself exclaiming, “I didn’t know they made pops of those!”

Finally, the last big trend I observed was the brisk sales of mystery boxes. There were a number of dealers there selling the surprise boxes because, who DOESN’T like a surprise. But, buyer beware…In watching a number of these unboxed on YouTube after the show a lot of the contents really were not related to the type or genre of box that was being advertised. I guess that is a risk you take. In total, the con hosted 141 exhibitors and 36 crafters whose wares including everything from swords to handmade jewelry.

The Motor City Con continues to grow every year and add more and more guests and exhibitors. The good news is that the event location, the Suburban Showplace, is currently undergoing an expansion which will add an additional 200,000 square feet. A welcome addition to be sure!