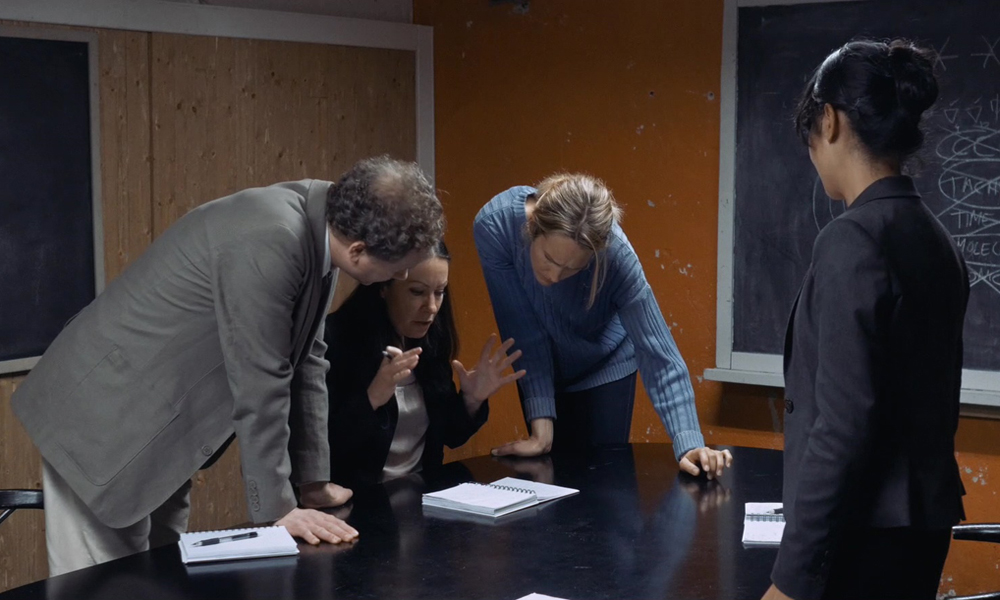 The films Primer and Pi might come to mind while you watch Tangent Room: a zero budget but incredibly high concept. The hallmarks of a labor of love is front and center: a cadre of relatively unknown talent (many with pronounced accents), claustrophobic location, small scale and rare special effects, and very broad comprehensive camerawork and editing. 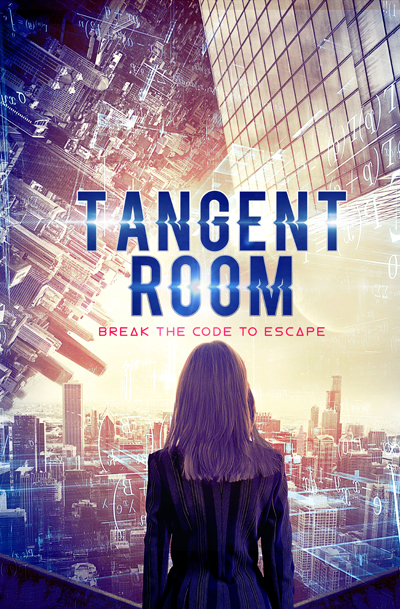 This is the kind of production you watch for the daring premise that bigger studios would shy away from, and Tangent Room does have a nifty hook: Several characters are trapped in a room, witness a mysterious message, and have to solve a mathematics powered conundrum to survive and escape. It’s an intriguing goulash which doesn’t quite gel, but you cannot knock the sheer ambition. You are not likely to see any larger media group pour money into a film which is almost completely composed of writing on a chalkboard. This is both a blessing and a curse.
With less money to play around the production feels a little rushed. Characters zap from collected to panicked within the space of a couple of minutes, even before they fully comprehend any real threat.

One of the themes is converging realities and rapid transitions but there is such a thing as too much too quickly. Especially towards the conclusion which basically piles on the math, the sci-fi aspects, and one take after another flickering into madness.

There’s an odd combo here of confined actors bickering and a narrator explaining at length what is going on from a scientific perspective. If you want something original and don’t mind a few rough edges this is one you might consider for scope alone.