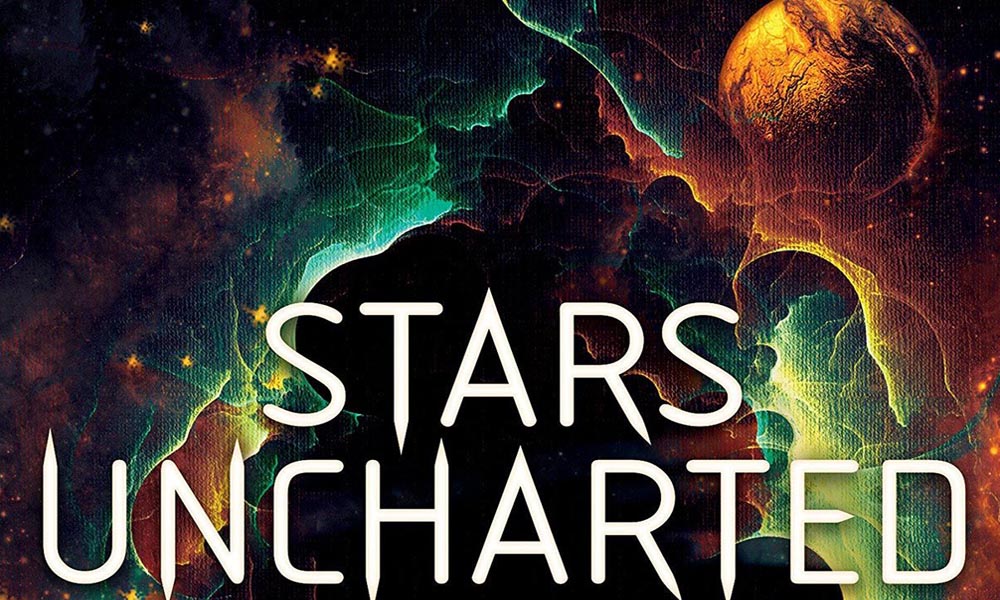 Stars Uncharted is described as a space odyssey adventure, but it’s much more than that. This isn’t just a sci-fi adventure – there’s a murder mystery, an elusive treasure, and mob-style villians that recall the baddies from black and white detective movies. 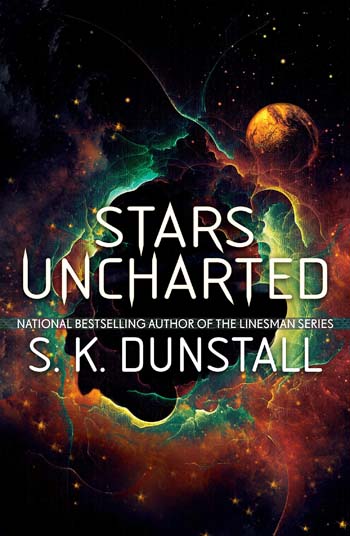 Nika Rik Terri, one of the two main female characters in the story, and she’s quickly become one of my favorite female characters. She’s a top-of-her-field body modder, blending science and art to alter people’s bodies. It was a delight to spend time in her head, especially with how rare such a confident, competent career woman can be in science fiction and fantasy. It was especially refreshing to see her confidence because she’s fleeing an abusive relationship. I found myself waiting for her next perspective chapters.

Josune Arriola is an engineer, obsessed with finding a planet that’s sure to make the finders incredibly rich. She’s sent by her captain to infiltrate another ship, and has to switch her goal to revenge for her old crew when her ship turns up with everyone dead. Josune could have come across unrelatable, with her focus on revenge, but her doubts keep her balanced. She dislikes lying about who she is. She’s uncertain what she’ll do when she finally reaches her goal. When the everything is resolved you can feel the relief with her.

It would be easy to say so much more about each character. Every perspective comes across so clear. Nika is obsessed with modding, and sees opportunities for it everywhere. Josune can’t stop thinking about her fallen crew. Even the non-perspective characters are richly drawn and clearly delineated. And with such a fast-paced story that’s extra impressive. Also impressive is the amount of side-plots and personal conflicts layered here. Each character has their own motivations, and they’re kept tightly woven together.

Sometimes that fast pace does leave things a bit confusing. And cramming that many characters and side-plots in one story detracted from other areas. Other than ‘transurides’ and body modding the world feels like a fairly standard future space setting. And the villains, while properly menacing, do come across a bit one-note.

All in all though, this is a really good book. It could have been a muddle, but instead Stars Uncharted is a fun, fast-paced adventure with fantastic characters and much more on the line than just a big score. For a fast read that breaks away from the grim-dark, morally ambiguous villains that are currently on trend, pick this one up. You won’t regret it.