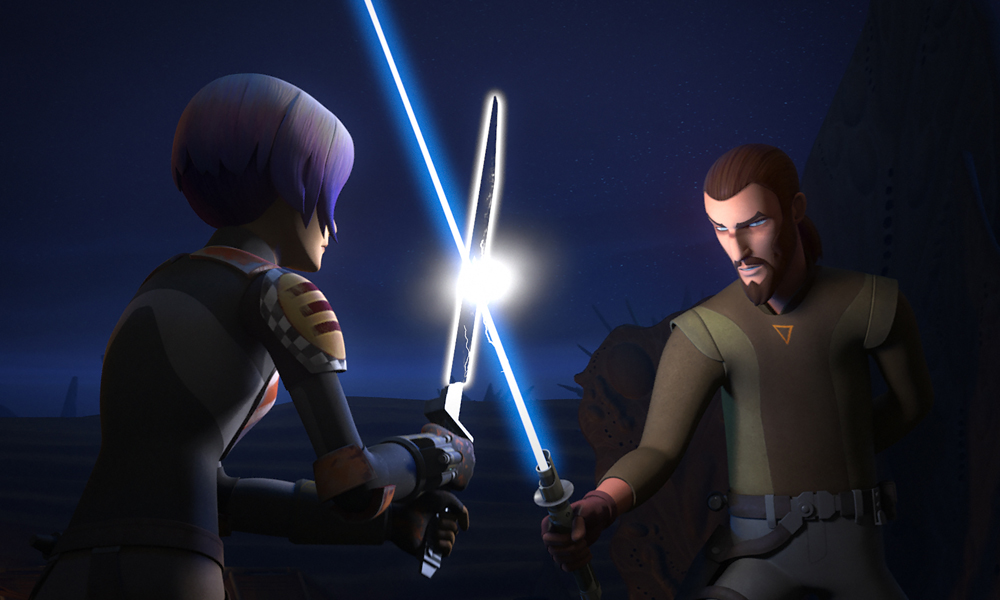 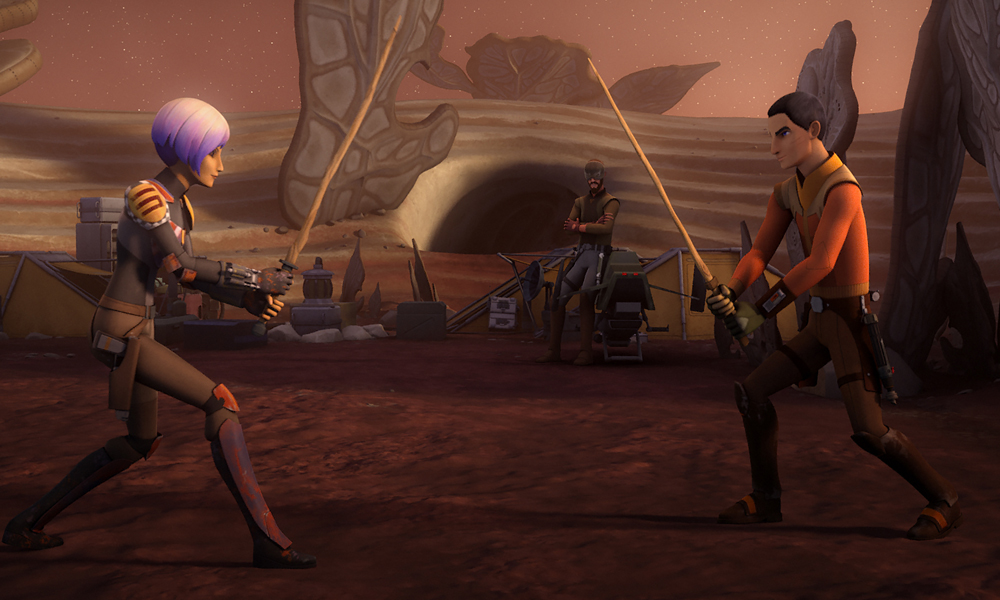 One of my biggest issues with Star Wars Rebels is that it is only a 30 minute show. The majority of my reviews tend to deal with the fact that there is not enough character development from week to week. I’m sorry, but I love this universe and I wish to spend moe time in it. This week, Dave Filoni and crew delivered in spades on character development and they did it all in less than 30 minutes. “Trial of the Darksaber” is one of the strongest episodes of the series, thus far, and the best of this season, to date.

For a quick recap, the crew of The Ghost has recently tangled with Maul (Sam Witwer) and come out of that conflict with his Darksaber. Now if you are a fan of Star Wars, you already know what the Darksaber is. If not, it was Pre Visla’s lightsaber, a Mandalorian Warrior who attempted to unite Mandalore during the Clone Wars. Pre Vizsla fell in a trial by combat with Maul, allowing Maul to take control of Deathwatch, his followers. Maul was put into his place my Darth Sidious and taken away only to resurface during the dark times of the Empire. Recently, when Maul attempted to lure Ezra Bridger (Taylor Gray) further into his cause, he was defeated and the Darksaber came into the possession of Sabine Wren (Tiya Sircar). Sabine, as we have learned, is actually of Pre Vizsla’s clan and a rightful heir to the saber.

Fenn Rau (Kevin Mckidd), a Mandalorian Warrior who has joined the Rebels, feels that Sabine, wielding the Darksaber, could unite Mandalore to the side of the Rebellion. This week, we learned the full depth of what Sabine has to overcome to save her people and help the Rebellion.

Sabine’s history wasn’t revealed during a fireside chat. In fact, her struggle, both internally and externally, played out with different dueling lessons that began with Ezra and ended with Kanan (Freddie Prinze Jr.). Throughout the series we have been given hints at what Sabine’s story was, but not until this episode did we learn just how much pain the character is in. She bears the weight of death and destruction and we now know why she paints and fights the way she does. She has a conflict within her, a conflict that Star Wars fans have seen before, only here it is with a Mandalorian woman and not a young Jedi. To put herself at peace she has to embrace her heritage and become the leader of her people.

Dave Filoni crafted an episode that had it’s focus on just one character, Sabine. There is no secondary plot in “Trial of the Darksaber”; there didn’t have to be. Giving this fan of both the series and the character the right amount of time. Don’t get me wrong, “mission impossible” episodes are fun, but Star Wars is all about character, which is the type of stories I lean towards. For fans of the Star Wars saga, we also saw a lightsaber dueling lesson for the first time. Here we learned about the energy field contained within a lightsaber and just how it adapts to the one holding the weapon. Most importantly, we learned, yet again, that to confront our struggles, both internally and externally, we must have balance and control. To outsiders this just may be a kid’s cartoon, but to those of us that love Star Wars, it is a great lesson and reminder of all that the Force teaches us.