Star Wars Rebels: The Mystery of Chopper Base Review 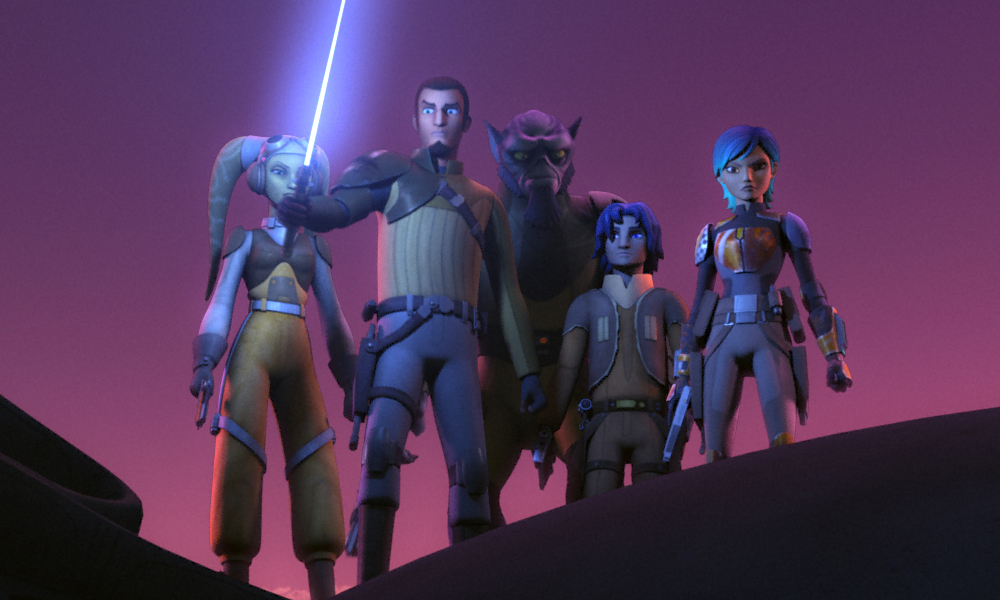 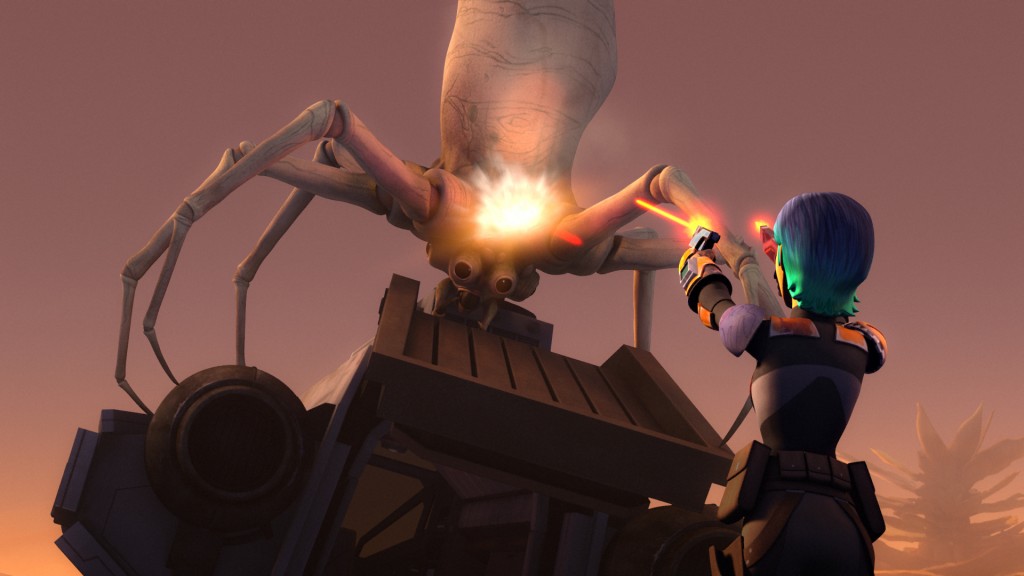 After finding a secure location to house their new base, the crew of the Ghost has to come to terms with Kanan (Freddie Prince Jr.) and Ezra (Taylor Gray,) preparing to leave. Kanan believes that until they deal with the Inquisitors they will never be safe. However, before they leave, the new base has a few surprises for them. The episode could easily be dismissed as the “giant bug” episode. However, I found it to be a foreshadowing of a fate we know will come to pass.

Rex (Dee Bradley Baker) and Sabine (Tiya Sircar) head off in search of a pilot that went missing, when they discover that they are not the only inhabitants on the planet. Spider-like creatures (called Atollon Spiders), with a hide strong enough to repel blaster fire, separate Sabine and Rex. Sabine calls in for backup as Rex is carried away. While in search of their missing companion, a moment arrives when our crew must split up. Kanan wants Ezra in one party and himself in the other, but Hera (Vanessa Marshall) insists the two Jedi go off together and believes that the rest of them should start working as a team without their two friends. This is a key moment of revelation for the crew of the Ghost as they know they are going to have to continue on without them. The outcome of the story reveals that they cannot.

The foreshadowing I spoke of is one of the reasons why Princess Leia and her father Bail Organa, seek out Obi-Wan Kenobi. The fight against the Empire becomes more than they can handle and with the Empire supported by the Sith, Jedi will become the deciding factor in defeating the Empire. At this particular moment, Hera knows that Kanan has to go off and face the Inquisitors, it’s just a fight she thought she would be a part of.

Another dark pass for this episode is Ezra’s inability to reach out to these spider- like creatures. So far, Ezra has displayed great talent in being able to connect with beasts of all sizes, but here he is unable to. Kevin Kiner’s music also supplies a foreboding mood as he gently plays the theme of the dark side in the closing moments. With only two episodes left, Darth Vader and the Inquisitors are certain to square off against Kanan, Ezra and Ahsoka. What fate has in store for them remains to be seen. 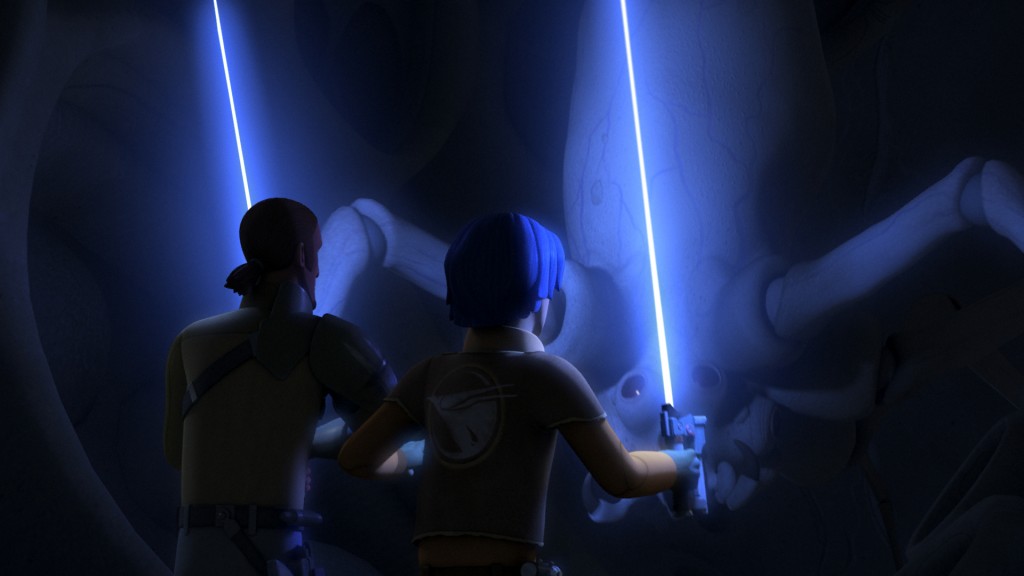 “The Mystery of Chopper Base” also allows us to see more of the personal relationship between Kanan and Hera. Finally, we get to see a moment where they embrace, not out of friendship, but love. This is an underdeveloped part of Star Wars Rebels. I now that there is a novel, “A New Dawn” by John Jackson Miller (details here), that extrapolates more on their relationship and I think that it is high time I read it. I know that novel is considered cannon, but I was just hoping to see more of what we saw tonight for these two characters in the series.

Outside of, perhaps, reading too deeply into the show, the episode is a “bug hunt” to quote another character from another great sci-fi series. Genuinely creepy, but not too scary for kids, “The Mystery of Chopper Base” allows our heroes to find a new home and, if anything, have a great defense against any Imperial spies.

Rebels Recon #2.19: Inside “The Mystery of Chopper Base” | Star Wars Rebels