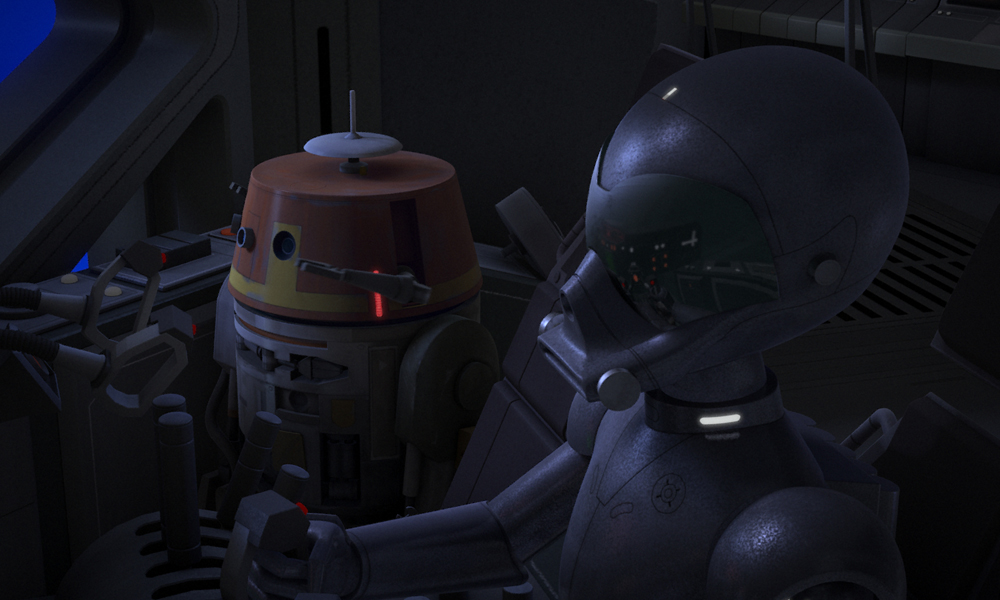 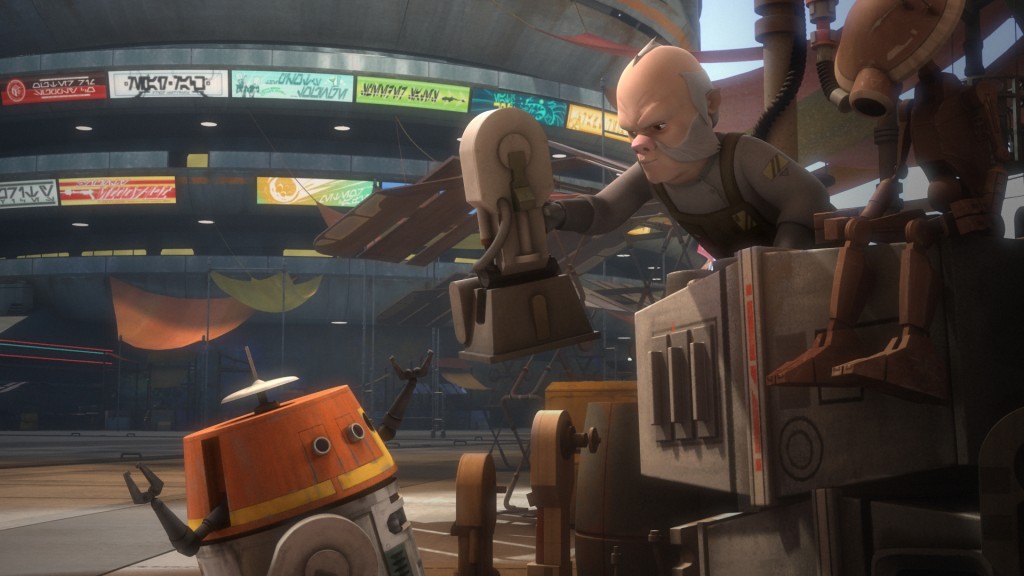 This week, on Star Wars Rebels, Chopper is off on his own for a solo adventure. Now, many of you are probably wondering why Chopper should get his own episode. Remember that Star Wars: A New Hope started off with just two droids trying to accomplish a mission. I would also like to point out the incredible story arc of Star Wars: The Clone Wars, from the fifth season, where several astromech droids went on a secret mission. A droid off on its own is nothing new to the Star Wars universe.

Chooper does get beat upon pretty hard on this show. He looks as if he is assembled from parts of other droids and is always clanking. In “The Forgotten Droid”, Chopper sees a matching strut (leg) at a droid part dealer at the beginning of a mission. The crew of the Ghost is there to steal some much needed fuel for the Rebel fleet. Chopper is ordered to remain in the ship and monitor Imperial communications. After some playful ribbing from both Zeb (Steve Blum) and Ezra (Taylor Gray), Chopper decides that its time for an upgrade. If you stay focused on Chopper and his negotiations with Ugnaught Shopkeeper (Dee Bradley Baker), you’ll completely miss the fire fight and escape of the Ghost. Chopper is left alone. Really, it’s his own fault, but what happens next is great storytelling.

The title eludes that Chopper was forgotten by the crew of the Ghost. In fact, this week’s title is about AP-5 (Stephen Stanton). AP-5 was once a military analyst droid who served the Republic. Now in service of the Empire, and has been downgraded to an inventory droid. Much like Chopper, AP-5 gets little respect. So instead of turning Chopper over to his superiors, he decides to help him steal a ship.

What we have is the bonding of two old war veterans who were once better respected. They bond over their service time and share stories of their former masters. When the last Imperial crew member attempts to take the ship back, we learn where AP-5’s loyalties really stand. The power of this story lies in the subtle nuances that the animators and actors give these two characters. I expected a good episode, but what I was given a heart felt story of a droid that needed to feel part of something again. 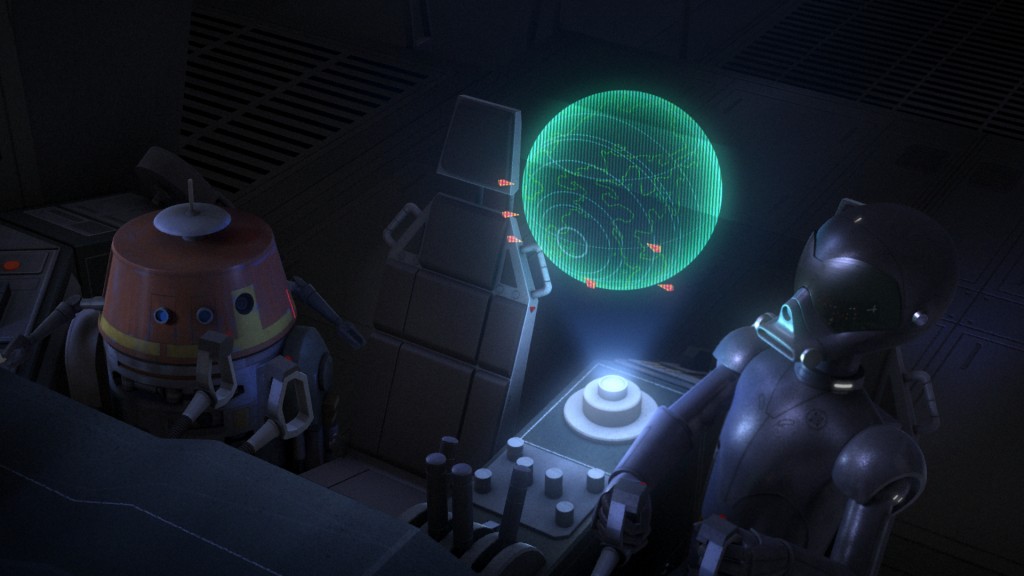 Fear not, parents, the lessons for the kids are obvious. For the fanboys, you’ll love the relationship developed here between Chopper and AP-5. You’ll also relish in the fact that Ketsu Onyo (Gina Torres) returns this week as a member of the Rebel fleet. This was not the episode I wanted to see after what happened to the Jedi (see review), but great nonetheless.

I would like to applaud series composer, Kevin Kiner, for his use of John Williams’ “Indy’s Very First Adventure” from Indiana Jones and the Last Crusade in the episode. [review]