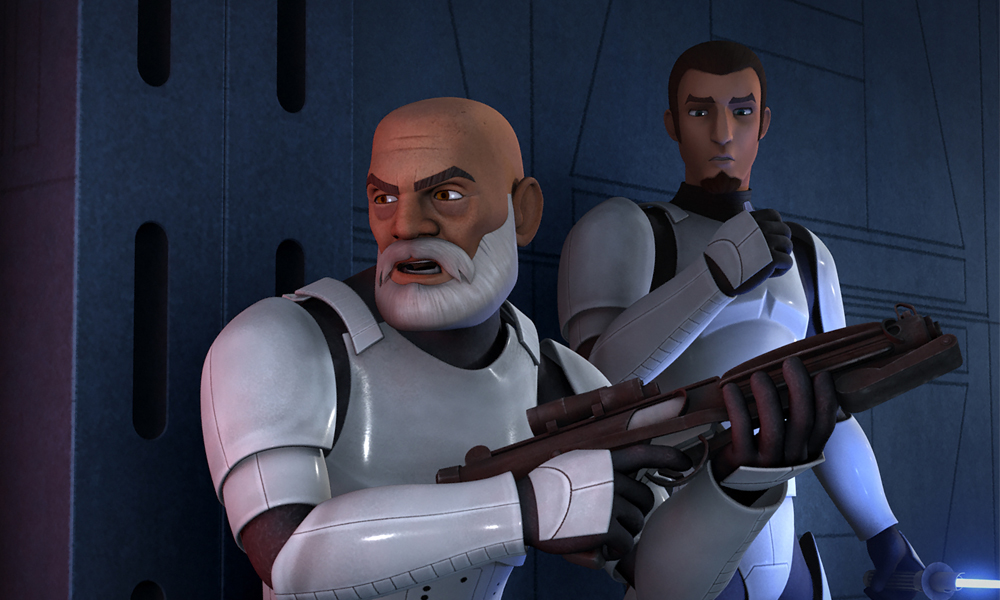 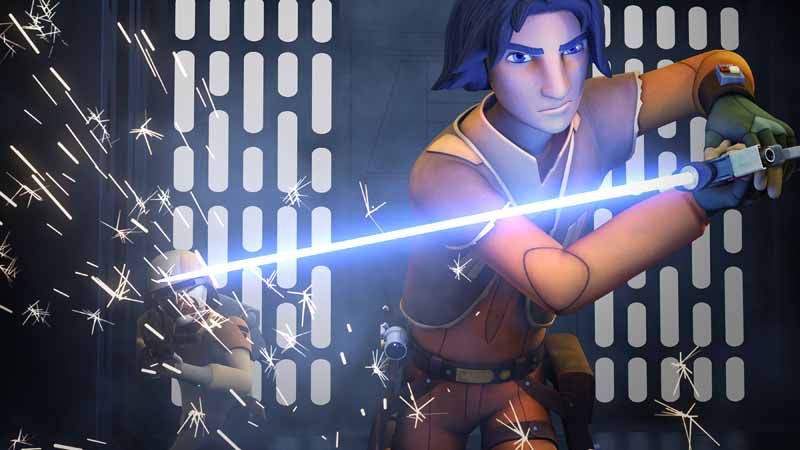 Ezra (Taylor Gray) is sent on a rescue mission with Commander Sato (Keone Young) to a find group of Rebels that went missing. As it turns out, the Imperials are developing a new weapon that creates a Gravity Well. This well pulls ships out of Hyperspace; a feat which hasn’t been done before. For our story in “Stealth Strike”, Ezra and Commander Sato fall prey to that very same weapon. This prompts Hera (Vanessa Marshall) to send Captain Rex (Dee Bradley Baker) and Kanan (Freddie Prinze Jr.) out to bring them back.

In most respects, this is the episode that fans of Captain Rex have been waiting for. Since the character has joined the series, we have seen both Rex and Kanan at each other’s throats over how to train Ezra and fight the Empire. This episode starts off no differently. We see the two don Stormtrooper uniforms and already the jabs the start flying between the two characters. We also see that Rex is the perfect match for deceiving the Empire, as he helped write many of their procedures. Clone Wars fans, take note, Commander Cody gets a mention in this episode. Could he too be making an appearance on Rebels?

After being captured, Ezra conveys to Commander Sato that it will be all right, he has been captured before. Before Ezra can even be put into his cell, he escapes from the Stormtroopers. While wrecking havoc, he accidentally stuns the disguised Rex and Kanan. Normally, Star Wars Rebels is packed with a lot of action and some humor. This episode was packed with great elements of humor and some action. Never before have we seen a Jedi escape in the fashion that Ezra did. Nor, in the Star Wars universe, have we seen a Rebel stun his friends by mistake, let alone have a fourth member of the party throw the other under a sand speeder for doing so. I’ve have never laughed out loud at Rebels, in a good way, as much as I did with this particular episode. Then it all came crashing down. Things were going too good for our characters and then Rex gets caught.

I won’t spoil anything in my final thoughts on the episode. Again, Dave Filoni and his team nail the elements for what a  Star Wars story is supposed to have. Along the way, we see Ezra earn the respect of one of his commanders. We see the old guard and the new bump heads on what the true priority of their mission is. Finally, we see one character step forward to do what’s right for someone he calls a friend. This is  a great series and worthy of the title, Star Wars.