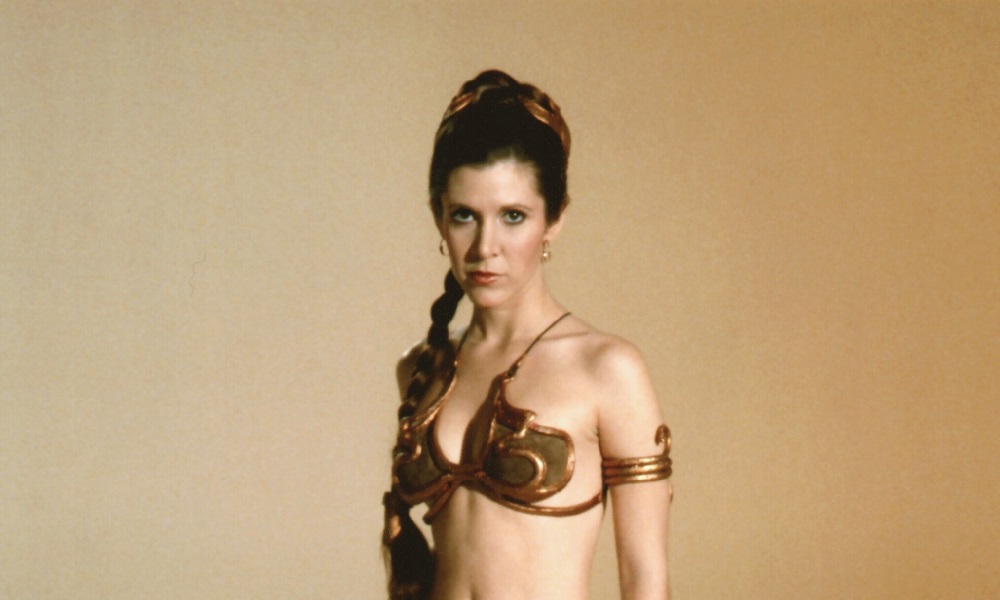 It’s a royal birthday today for easily the most iconic female science fiction character ever created.

The feisty, brave female star of the original Star Wars trilogy remains unmatched in genre fame and recognition. Her slave Leia outfit made her a sex symbol and the star of fantasies for science fiction fans everywhere.

In her first appearance in Star Wars Episode IV: A New Hope, Princess Leia Organa is introduced as the Princess of Alderaan and a member of the Imperial Senate. It is not until the third installment in the famous franchise the iconic slave outfit makes its appearance.

Fisher was the daughter of singer Eddie Fisher and actress Debbie Reynolds. She and her mother appear in Bright Lights: Starring Carrie Fisher and Debbie Raynolds, a documentary about their relationship. It premiered at the 2016 Cannes Film Festival. Fisher died of cardiac arrest on December 27, 2016, at age 60, four days after experiencing a medical emergency during a transatlantic flight from London to Los Angeles. Her final film, Star Wars: The Last Jedi, will be released on December 15, 2017.

Fisher’s other film roles included Shampoo(1975), The Blues Brothers (1980), Hannah and Her Sisters (1986), The Burbs (1989), When Harry Met Sally(1989), Soapdish(1991), and The Women (2008 film). She was nominated twice for the Primetime Emmy Award for Outstanding Guest Actress In a Comedy Series for her performances on 30 Rock and Catastrophe. Fisher posthumously became a Disney Legend in 2017.

We wish a Happy Birthday to an extraordinary woman who became an immortal symbol of female intelligence and strength (and outer space sexiness). 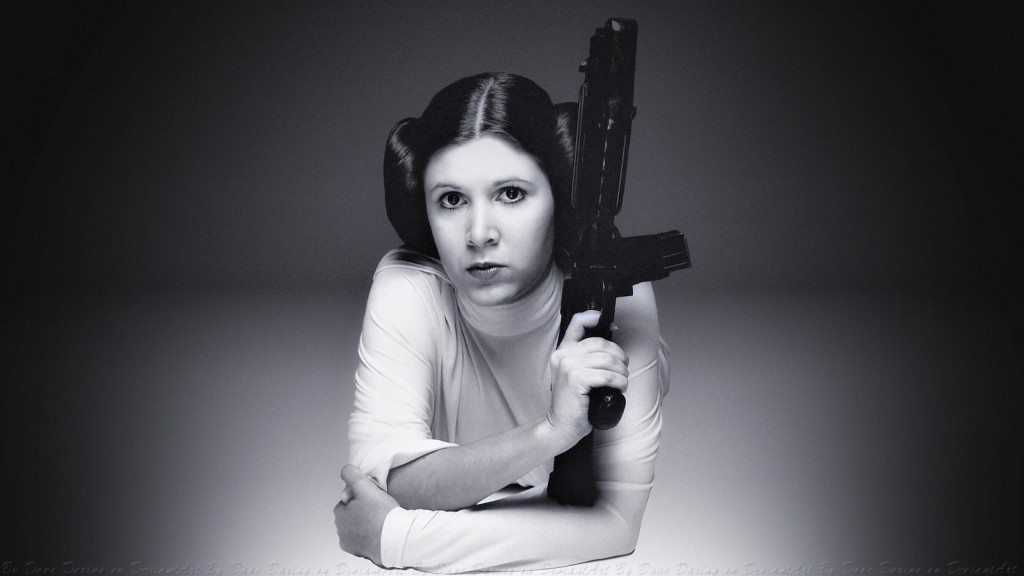