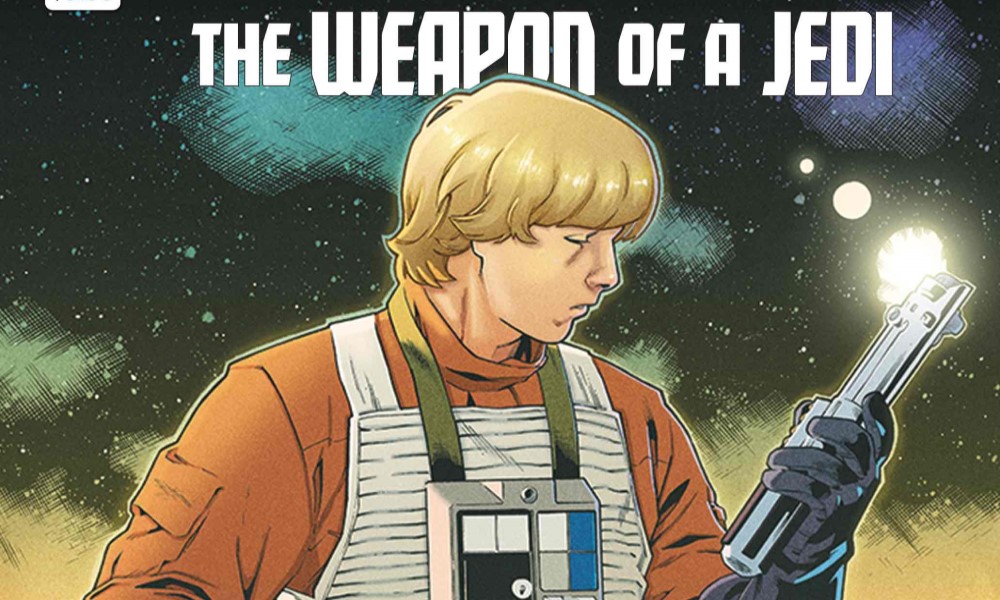 There are worlds within worlds these days. Things for anyone to collect and admire.

The STAR WARS world is one of those. Disney has taken control and made several new films AND a new theme park, with a hotel being built right now. 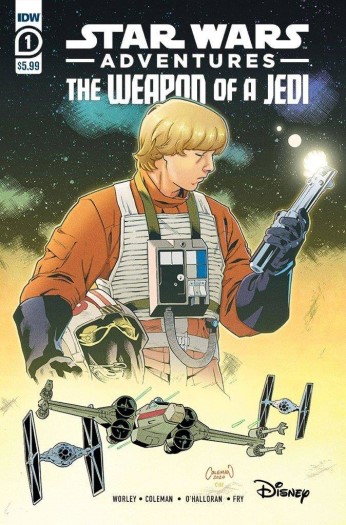 With this as a backdrop, it was not only normal, but necessary to come out with a bunch of Star Wars stuff—toys, games, and comic books.
This is one of those comic books. It is adapted from a novel so it is long and involved and includes young Luke, a lieutenant in the Rebellion (and one wonders how he got so low a rank) doing various missions for his superiors. This one is delivering information (and getting new) from various planets. He is on his way to one of these when the FORCE tells him of a lake and a cave on the planet. He must go there, and when the Imperials attack and damage his ship, he has an excuse for doing so.

There is a taboo around the Jedi temple—and an imperial neuro-web, but he finds a guide and goes there regardless of the danger.
This book ends with him entering the place, and his guide telling him they’ll meet in a week—if he survives.

This comic is pretty well written, although it is an adaption and should be. The art is a mix—the artist does a mean X-Wing, but his TIE fighters are nothing like the real thing and his depiction of Luke is uneven at best. He’s at his best when there’s a battle or some big event going on and at his worse showing the human form. Odd, as his 3P0 is very good throughout. Still, he does an okay job throughout, he’s easy to read and the story moves pretty well.

This book fits the criteria for something in the STAR WARS universe although I have to wonder just where it fits.