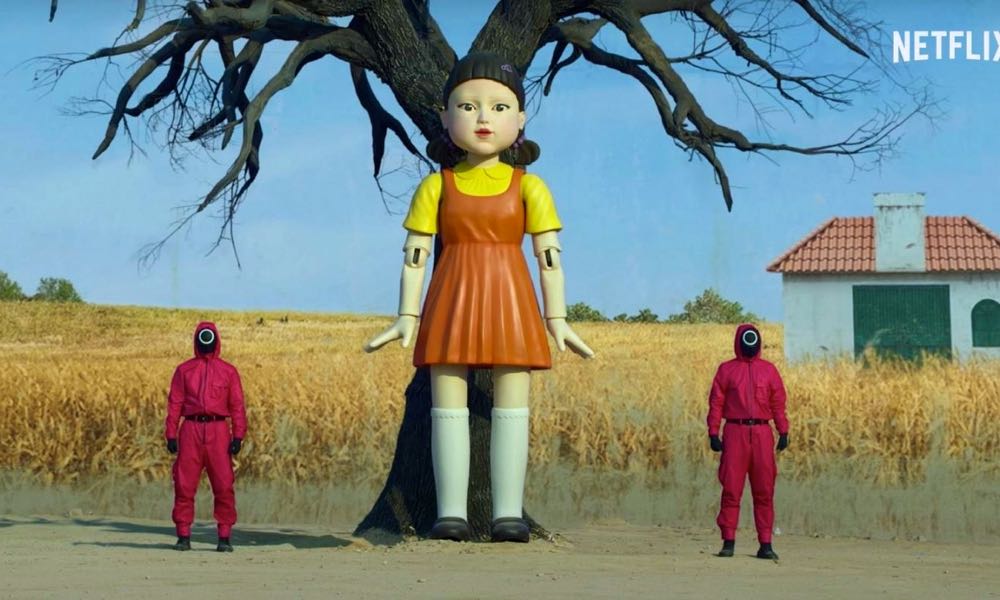 One of science fiction’s highest callings is to serve as a mirror of society, creating reflections of our real-life selves so that we may see ourselves better and maybe make adjustments to our course to help avoid disaster. Squid Game does an excellent job at this. I did not know what to expect when I started watching Netflix’s super-hot new series Squid Game the other night. I had heard rumors, of course, little tidbits about the series that left me with more questions than answers regarding the show, so I decided I needed to check out this hot property myself. What I got was good enough to hook me in good, and I ended up binging the entire first season over two nights. It didn’t hurt that watching this series was like watching an entertaining and enjoyably compelling ten-hour-long movie. What makes this series so effective?

For one thing, it’s the nature of the story it tells, which evolves into one of survival. It’s only natural to want to know who survives and who doesn’t. Despite the very down-to-earth nature of this series, it still manages to be surreal at times. The narrative, characters, and their stories, along with the suspense, were enough to keep me interested. Also, the show’s pacing made it easy to keep watching. Squid Game somehow manages to make itself into a microcosm of reality that mirrors the macrocosm of our existence, and the games become powerful allegories for life. Arguably every story ever told is about the human condition, but in the case of Squid Game, that is undoubtedly true. The situation these characters find themselves in is unquestionably human. It would be easy to make this story an indictment of capitalism and blame the system. Squid Game does not take that route but places the responsibility of each contestant’s disagreeable situation squarely on the shoulders of each individual. Just like in life, you are responsible for the decisions you make, not the system.

The series starts out targeting those who find themselves in severe debt for one reason or another, the kind who tend to seek out how to make 2000 fast, and offers them a way out by playing children’s games to earn money. These games have gotten altered so that if you make a mistake or incorrect choice, it could cost you your life. As soon as they discover how deadly these games are, about half of the contestants choose to end the game. We, the viewers, have a compassionate attitude towards these folks. As for the other half of the contestants, they get allowed to continue to compete. I viewed this second group a little less kindly because, after all, they are essentially looking for a get rich quick scheme to change their lives and greed enters the picture.

Along with this is the idea of remaking true to yourself. Two philosophies emerge; With one based on the idea that one should remain human and continue to show kindness towards others, and one more cynically opportunistic and willing to do anything to win. The group soon divides into good guys and bad guys.

This story, intentionally or not, soon turns into an anthropology experiment, complete with tribalism and paranoia. It’s not long before things begin to resemble a combination of Lord Of The Flies and The Hunger Games.

One thing that’s truly remarkable about this series is the art direction. Not having much money to deal with, some of the choices made are pure genius, like keeping things simple. For example, the decision to dress the large ensemble cast in those green tracksuits goes a long way towards helping tel ll the series story. The suits make the model look like contestants and prisoners at the same time. Most of the show’s action takes place in one giant room, and there are no flashy CGI special effects (or need for them)

Squid Game is an intelligent, enjoyable series filled with drama, suspense, and yes, even a little humor. It’s a series that further solidifies Netflix as a reliable source for new original content.