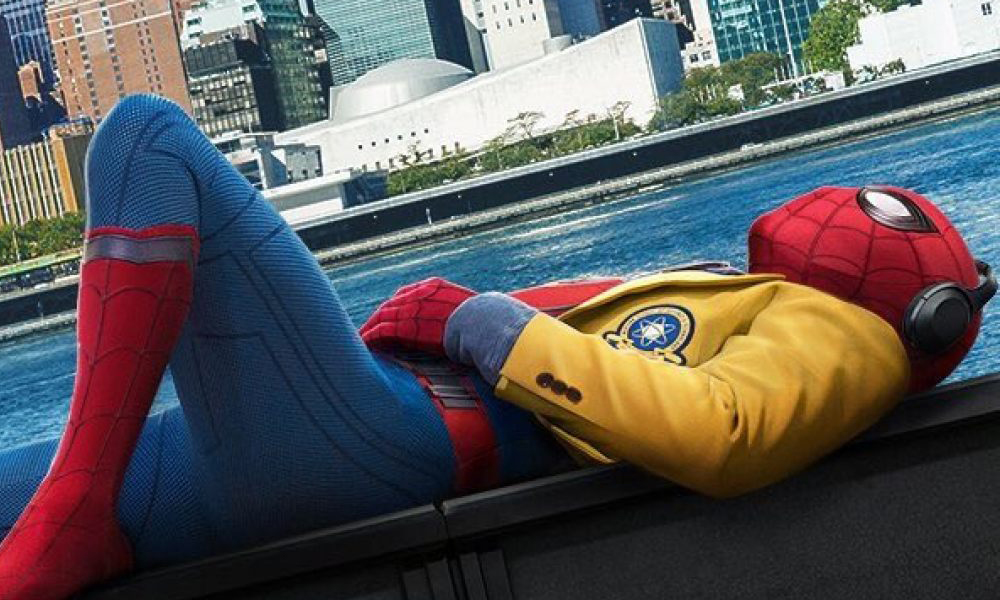 Sony Pictures has released the official date for the home release of Spider-Man: Homecoming. Below you will find the complete details on the 4K, Blu-ray, and DVD editions. This was a fantastic film and worthy addition to your home library. 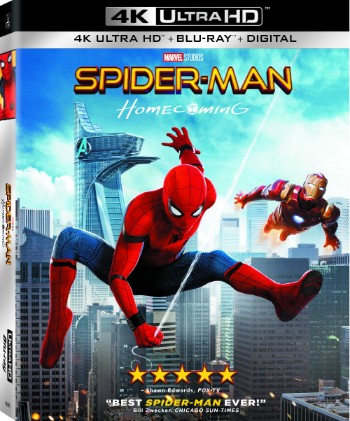 Press Release: One of the most beloved and iconic super heroes of all time is back with a fresh, new take on the character for SPIDER-MAN™: HOMECOMING, debuting on digital September 26 and on 4K Ultra HD™/Blu-ray™, Blu-ray 3D™, Blu-ray and DVD October 17 from Sony Pictures Home Entertainment. Tom Holland (Captain America: Civil War) stars as Peter Parker, who, with the help of his mentor Tony Stark (two-time Academy Award® nominee Robert Downey, Jr., Best Actor, Chaplin, 1992; Best Supporting Actor, Tropic Thunder, 2008), tries to balance his life as an ordinary high school student in New York City while fighting crime as his superhero alter ego Spider-Man.

The SPIDER-MAN: HOMECOMING Blu-ray comes loaded with over 60 minutes of bonus material, including deleted scenes, a gag reel and The Spidey Study Guide, an entertaining pop-up factoid track with facts on the movie in relation to the comics that Spidey fans will love.  Also included are four unseen alternate Captain America PSAs featuring Chris Evans, seven behind-the-scenes featurettes and a photo gallery.  In the featurette “A Tangled Web,” Kevin Feige details how Homecoming came to be and its integration in the constantly evolving Marvel Cinematic Universe.  “Searching for Spider-Man” explores the casting process and what makes Tom the perfect Peter Parker as witnessed from his audition tape.  Meet Homecoming’s adrenaline-craving stunt specialists in “Spidey Stunts,” as they crawl, swing and leap from great heights, and discover why Tom Holland rarely needed a stunt double. “Aftermath” features Kevin Feige and the producers filling in the blanks between the Battle of New York and where Homecoming begins. Explore Michael Keaton’s villainous turn in “The Vulture Takes Flight” and learn why he demands Peter Parker’s fear and respect. In “Jon Watts: Head of the Class,” fans catch up with the visionary director on the set, while he manages colossal set pieces, a massive crew and the daunting task of reintroducing one of Marvel’s most beloved characters.  Tom Holland and Jacob Batalon (Ned) discuss the humorous realities of life with superpowers in “Pros and Cons of Spider-Man.”

Synopsis:
A young Peter Parker/Spider-Man (Tom Holland), who made his sensational debut in Captain America: Civil War, begins to navigate his newfound identity as the web-slinging super hero in SPIDER-MAN: HOMECOMING. Thrilled by his experience with the Avengers, Peter returns home, where he lives with his Aunt May (Marisa Tomei), under the watchful eye of his new mentor Tony Stark (Robert Downey, Jr.). Peter tries to fall back into his normal daily routine–distracted by thoughts of proving himself to be more than just your friendly neighborhood Spider-Man–but when the Vulture (Michael Keaton) emerges as a new villain, everything that Peter holds most important will be threatened.

SPIDER-MAN: HOMECOMING has a run time of approximately 133 minutes and is rated PG-13 for sci-fi action violence, some language and brief suggestive comments.