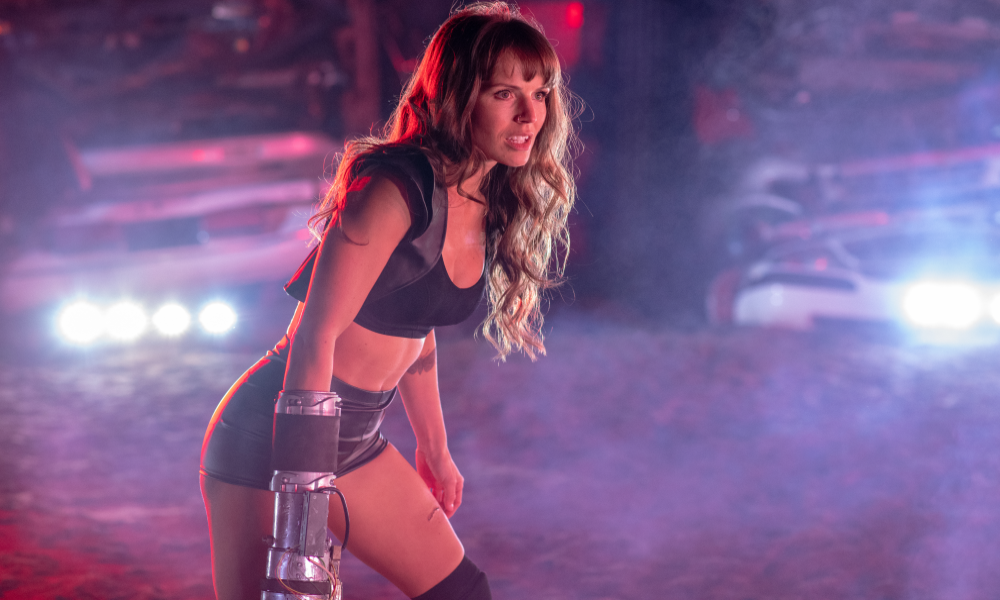 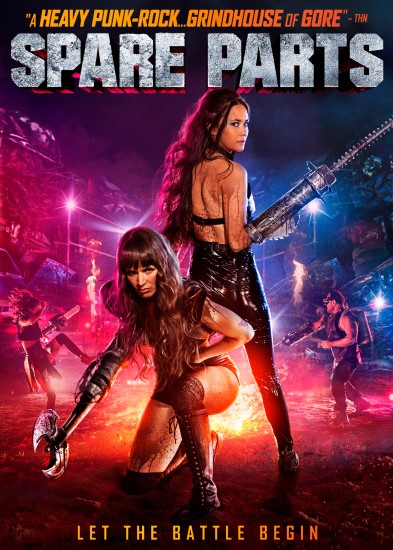 centerfolds who were long on looks and short on acting talent…and it would have been more entertaining than this depressing, personality lacking gore-fest.

Ms. 45 is an all-girl punk rock band from Canada who is in the U.S. making a tour of seedy dive bars. After one particularly riot-filled show the girls find themselves on the way to their next gig when they are run off the road by a psychotic fan. The local police have them towed to nearby junkyard. While waiting on the repairs for their van the girls are drugged and wake up to find one of their arms have been severed below the elbow. In place of their limbs the girls find they have a metal stump where various bladed weapons can be fitted.

The junkyard is home to a screwball religious cult led by the creepy “Emperor” played by the creepy Julian Richings who, if nothing else, excels at playing creepy characters. The cult captures motorists and forces them to fight in gladiator style in their arena of junked vehicles.

Now, that sort of sounds like fun but director Andrew Thomas Hunt squeezes all the fun and cheesiness out of the ridiculous plot. It’s all so morose and downtrodden and underscored with vileness. One of the girls protests to the Emperor that she cannot fight since she is pregnant…only to have the Emperor hold up a jar with her fetus inside that they removed when she is drugged.

The action scenes were passable if stiffly coordinated and there is gore-a-plenty with plenty of blood-gushing dismemberments if that’s your thing. These sequences are the best thing in the movie but simply can’t make up for the rest of the shortcomings. The characters are so wooden and poorly developed that it is nearly impossible to have empathy for their plight.

Spare Parts shoots for the moon in the extras department and you have to admire their moxie.

Audio commentary with director Andrew Thomas Hunt and actors Michelle Argyris and Emily Alatalo.
Cast Interviews: (11:31)
Behind the scenes (12:06)
In the Shop (5:08) This looks at the film’s special effects
CineFest Sudbury Q & A (16:00) An online chat with Hunt and Alatalo.
Fight training (12:07) A look at the fight choreography