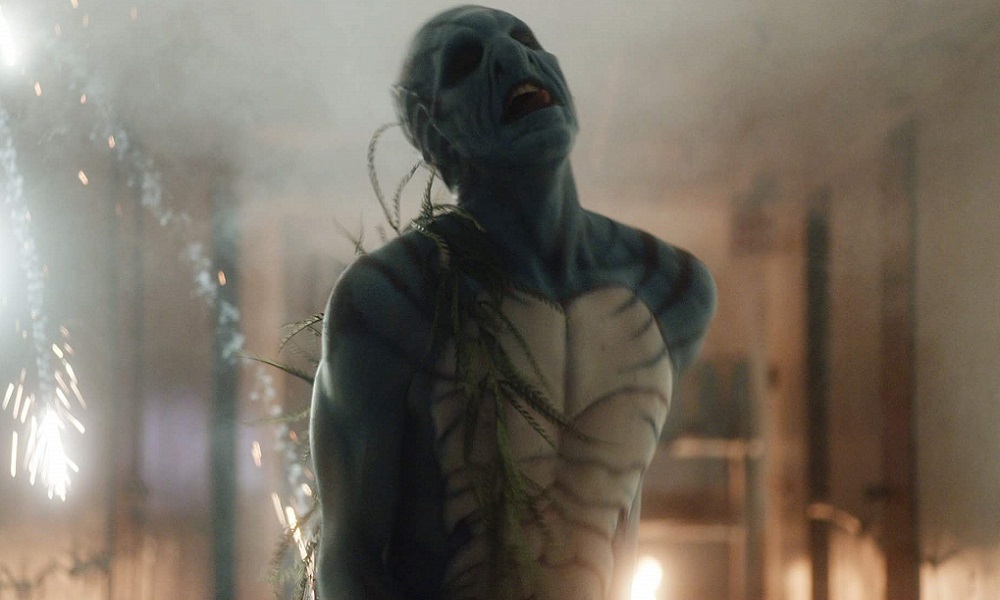 I want the soundtrack.

Soft Matter is one of a recent spate of productions which strives to be an alternate 80s film. The aesthetics, the synth, the wacky high concepts are all there in spades, but it’s a little difficult to be fully convinced of the film as a retro production entirely. The camera is just a little too high definition, and the pacing is just a little too slow and disjointed to be anything but a (sometimes painfully ironic) contemporary art film.
Soft Matter is what would happen if Gaspar Noé, Cronenberg, and Guy Maddin decided to get drunk and make a movie.
Uncut hipster weirdness with a side of body horror.

What is Soft Matter about? Even the film doesn’t seem to entirely know. There’s a wraparound narrative which starts out obtuse but by degrees becomes increasingly more conventional. Then, halfway through that, the film cuts abruptly to new characters and a seemingly divorced plot, complete with animated musical number. The horror genre gives way to farce then drifts back to melodrama so broad it’s difficult to determine what is meant to be taken seriously (if anything). Sometimes characters just do things that make no sense, even in the context of their surreal situations. People who are talking just…stop, their expressions shifting to horror for no reason. People say things which have dire potential, but other people in the same room don’t even bring up the statement as if they didn’t hear it. There’s a poorly composed stop motion flashback at one juncture so ridiculous it just has to have been intended to be humorous.

But if that was the case, why are their lingering moments of people vomiting, ominous suspense beats of people wandering darkened corridors, and non-humorous scenes of characters just having conversations? There’s even a pause for someone to read a poem. 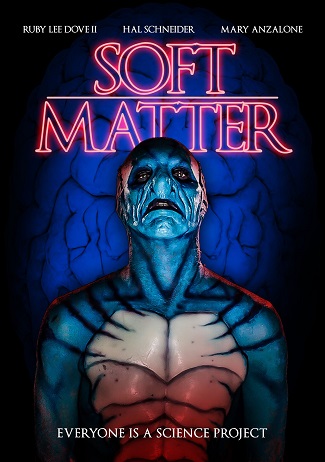 Honestly the sheer weirdness is what held the experiment together until the curtain. The two parallel tales juddered along and neither was entirely comprehendible, but both were so unconventional I couldn’t help but admire them. This is a film in which a character has a tattooed mustache, a god appears in a bucket, and giant fish people disco dance.
What holds it back from being entirely entertaining is the pretty bad writing and sometimes shaky acting.

Perhaps at times lines like ‘I’m not ready for NOTHING!’ were intended to be stupid, but since the tone of the production is scattershot it’s hard to tell what doesn’t work because it was intended to be silly…and what was intended to be impressive but failed. One of the reasons some of the performances are so odd and stilted is probably because the dialogue is equally unreal and awkward. Not even a consummate professional could be entirely convincing while saying the line “Are you evil, or are you just bright?” to a hole in the wall.

The makeup effects are pretty top quality for this kind of production. I can’t say enough good things about the sound design and that exquisite thrumming score. But there’s other effects that are just terrible, foremost among these being the low effort CGI lightning.

Towards the conclusion the film basically abandons all pretense and just goes full nutso. It’s one of the more complete collapses of a narrative I’ve seen in awhile where the filmmakers seemed to decide collectively to burn everything down because they couldn’t think of another way to end the production.
But that throbbing theme song will be permanently stuck in your brain.