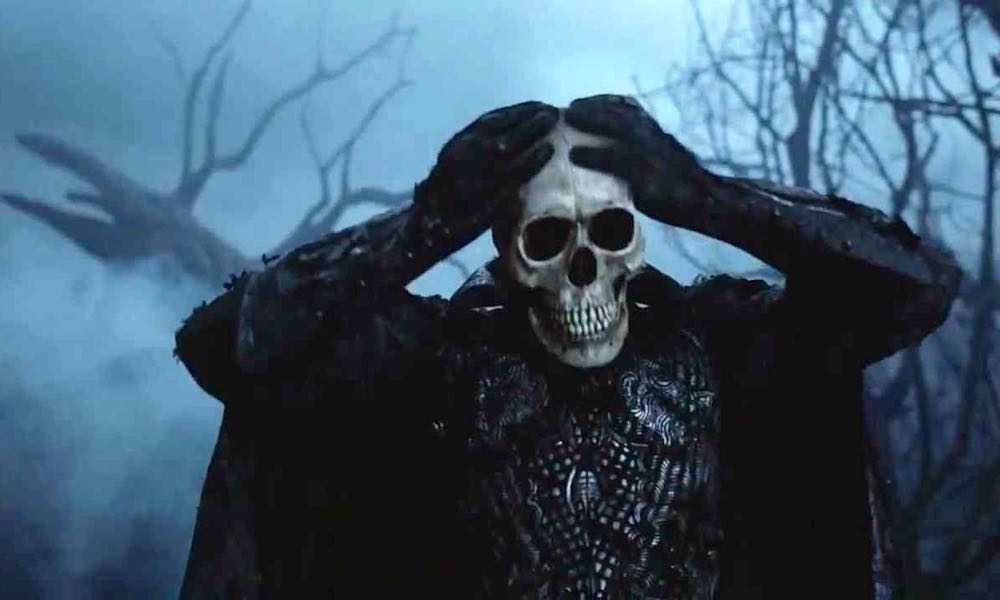 Tim Burton’s 1999 retelling of the classic ghost story by Washing Irving is a delight. It’s a film with a dual nature; it’s often as darkly amusing as grim and horrific. It’s a story that involves nearly every ingredient you would expect in a good Halloween; witchcraft and spells, ghosts, supernatural creatures, and horrible death.

Burton is right at home here, creating a gloomy 18th-century small town in upstate New York that serves as the setting for mystery and supernatural adventure involving lots of severed heads, a conspiracy of men, and a brave constable in a tale of bloody revenge. The film’s primary setting, the small rural town of Sleepy Hollow, is perpetually overcast and gloomy; the sun never shines here, and it isn’t always readily apparent whether it’s day or night. 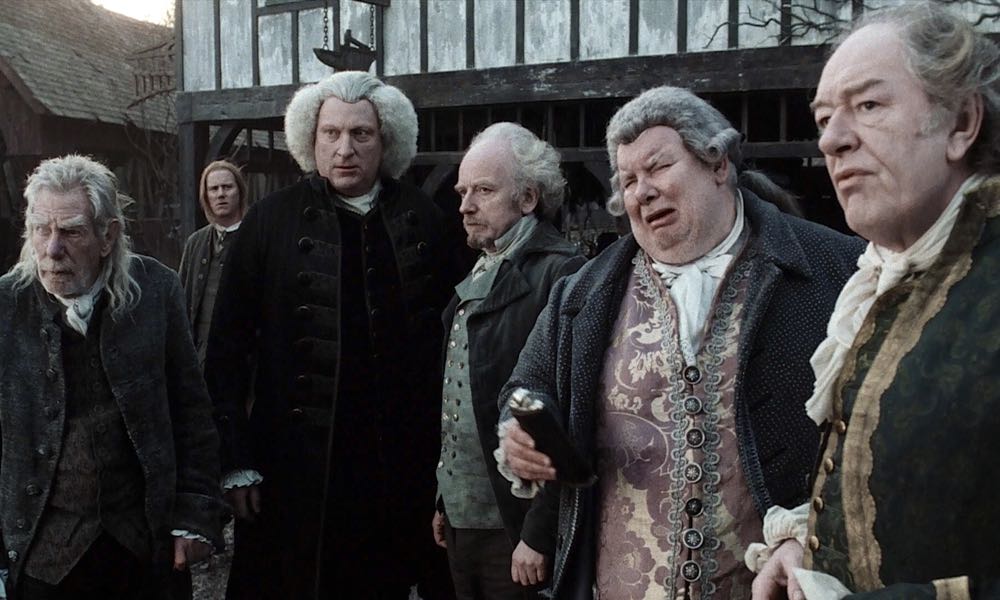 The film’s all-star cast is remarkable and does a stellar job as persons of interest in this movie that, at the outset,  is strongly reminiscent of an Agatha Christie mystery. The camera lovingly examines their faces, each displaying varying degrees of guilt as a lineup of the usual suspects in the horrific crimes that are taking place.

Christopher Walken is perfect as the Hessian Horseman, the specter that is committing the series of murders. Described as a man in war because of his love for the carnage, he is like a demon in his visage. His appearance is fierce and frightening, with his teeth filed to fanglike points and behave more like a beast than a man in his savagery. Likewise, Miranda Richardson is genuinely sinister as the evil Lady Van Tassel.

Depp is amusing as the detective is determined to get everyone on board with the new scientific way of doing things. Butron supplies him with an array of unique tools and gadgets designed to help him do his job, including an absurd pair of glasses that sometimes fastens to his face. He plays the role without any exaggerated eccentricities or personal traits to define his character, which is a good thing. Although Crane tends to faint and, on the surface, seems timid, he proves himself intelligent and even heroic after a fashion, and he remains dogged in his investigation and searches for the facts, which he eventually roots out.

Crane arrives during a local celebration and makes a friend in the form of a young woman, Katarina Van Tassel. Another murder occurs soon after he enters the town, and afterward, he finds he has acquired a new manservant in the form of the victim’s newly orphaned son known as Young Macbeth. These allies prove to be an invaluable resource, and when the film ends, they join him when he returns to New York City. He has acquired a family during his journey

Crane eventually discovers the reality of the case is not something that fits into any readily available scientific explanation but is, in truth, something genuinely supernatural and manages to deal with it as such. It’s a heck of a ride along the way and a visual feast worth watching again. Happy Halloween!