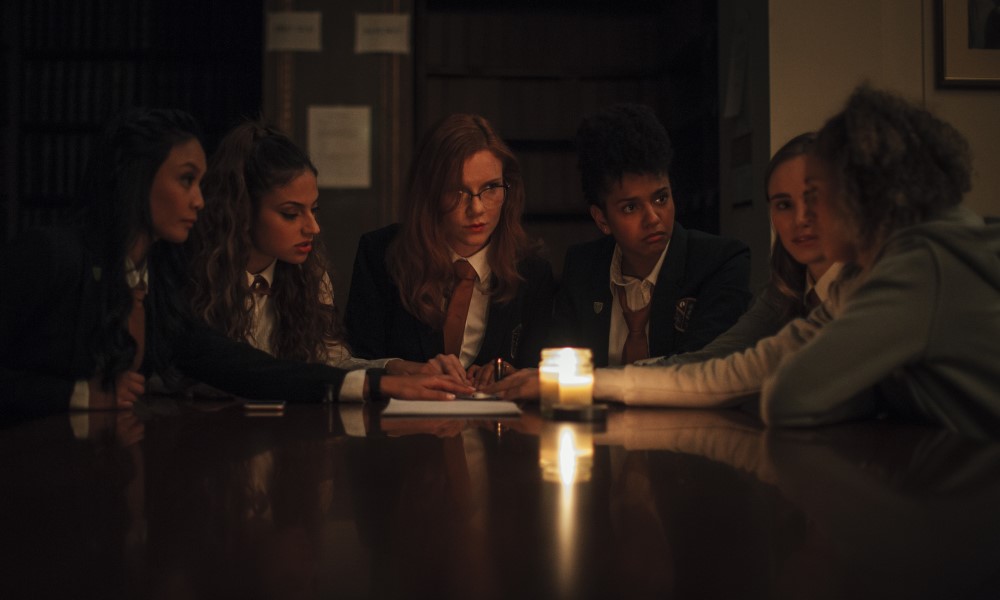 Apparently there’s such a thing nowadays as ‘Giallo-alikes’ 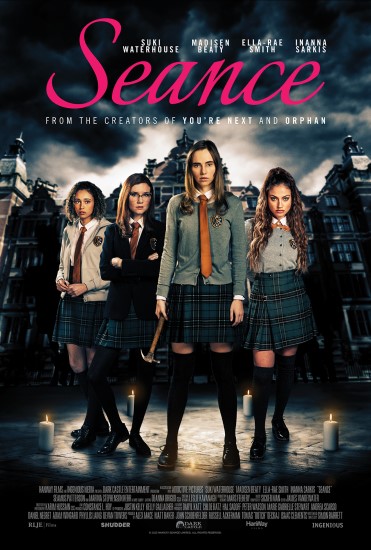 The Italian mystery/thriller/horror style was as big once upon a time as the infamous Spaghetti Western and for similar reasons of extremes in directorial flourish and the kind of hardcore violence that landed your film a hard R. Gone are the days when blood and sex would cause monocles to pop.

Seance harkens hard and deliberately towards the 80s aesthetic of both American slashers and Italian trip out black glove killer films. To say it borrows from Suspiria is like saying that West Side Story bears a passing resemblance to Romeo and Juliet.
It’s like Suspiria on a budget minus any dreamlike creativity. We’ve got the dancing school artfully enough shot, female students bickering, a series of brutal killings shot like a music video. What’s missing is the color, literally in that the whole film is pretty drab. Figuratively because the only truly unique aspects of Seance as a property seem to be taking the easier route rather than something genuinely unexpected.

It’s not suspenseful if you suspect a jump scare is coming…and it does. There was no real point in this film where it felt like there was a surprise in store so much as people going through the motions of horror 101. Person all alone gets attacked. Protagonist in danger saved at last minute. There’s no misdirection. An attempt to frame so-and-so as the killer falls flat because anyone who is framed will so obviously be exonerated by being murdered themselves.

As for the American slasher aesthetic it comes down to synth music and purple curlicue text for the title. It’s a nice homage but it doesn’t have a lot of bearing on the plot.

So things chug along, people die, jump scares happen followed by dramatic interludes of hushed or raised voices. I hate to say it but the reason that classics like Suspiria will be recalled and Seance will drift into obscurity is because of how strange and risky the latter is compared to the former which feels safe and formulaic. Even beyond the comparisons it’s amusing, sometimes stylish, but seldom inspiring. There is a twist but it feels arbitrary and even a bit plagiaristic.
Imitation is the sincerest form of flattery but you need more than just following the playbook and contributing little that’s fresh or inventive.