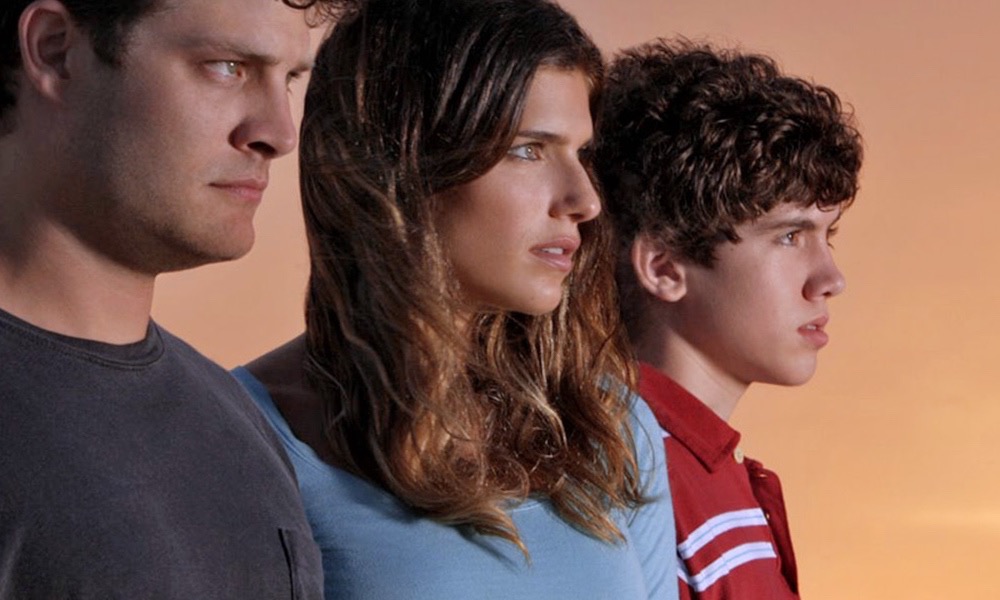 When a long-dormant species suddenly resurfaces, and challenges  humanity for supremacy as the top species on earth, humanity loses.

Surface was a series that showed a lot of promise, because the premise it was based on was pretty unique, and original, but when its broadcast schedule was interrupted by the  2006 Winter Olympics, it never recovered. The series justifiably has since been praised as a great and ‘phenomenal’ show that was not able to reach its full potential.

The story Species told was a pretty unusual one about the sudden reappearance of a long dormant amphibious species with the unique ability of emitting a natural form of a biological electro-magnetic pulse. These creatures, resembling a sort of dragon in appearance, grow to an imposing size when mature and display a great degree of intelligence, at least equal to that of human beings.

All around the world, strange things are occurring in the world’s oceans. Shooting stars fall from the night sky into the Caribbean Sea; a horrific howl tears apart a South African lighthouse. In South Carolina, an unknown carcass washes up on a public beach, prompting the government to evacuate and cordon off the area, claiming it as a beached whale killed by red tide poisoning.

The series focuses for the most part on the effect the arrival of these  creatures has on the lives of its three main characters:
Miles Barnett (Carter Jenkins), a North Carolina teenager, finds himself face to face with the strange sea creature after falling off his wakeboard during a nighttime outing with his friends. he and a friend later find a group of strange objects in the water which turn out to be eggs, one of which hatches into a tiny version of the much larger creatures that have yet to make an appearance. he, and his friend Phil, name the creature Nimrod, Nim for short, which he secretly decides to keep as  a pet, hiding its presence from his parents and hostile older sister.

Laura Daughtery (Lake Bell), an oceanographer, is attacked by an unknown life-form while in a submersible exploration craft when the creature appears out of a field of craters on the ocean’s floor.Recording and doing research on her experience leads to problems for her, and makes her life considerably more complicated. Daughtery’s research is seized by government officials led by a mysterious Croatian scientist, Dr. Aleksander Cirko (Rade Šerbedžija); after attempting to confront them, she is fired. This only makes her more determined to find out the truth of her experience and what she has seen. She continues to pursue the mystery of her experience as best she can.

Meanwhile, Richard Connelly (Jay R. Ferguson), a Louisiana man on a fishing trip, loses his brother in a suspicious diving accident when a creature drags him to the depths of the Gulf of Mexico.

These three people are compelled by circumstances, or in the case Connelly, an inner compulsion that begins to resemble a nervous breakdown, to keep digging for the elusive truth behind their experiences. Connely ventures to South Carolina to see the creature for himself. Connelly meets Daughtery upon arrival after they are both taken into custody due to asking too many questions.  These three strangers may have stumbled upon the greatest secret in human history and the government cover-up attempting to keep it hidden from the public.

As the story develops, the series takes on the nature of a spy-fi story, and the resulting suspense from Connely and Daugherty’s attempts to  outwit and outmaneuver the government forces determined to frustrate their attempts to get to the truth. People die mysteriously along the way resulting from the government’s efforts to keep the secret of what is going on, while the creatures continue to make their presence felt.

When Dr. Cirko discovers the origins of the creatures, he is murdered before he can tell anyone. His assistant gives his research to Daughtery, who has already teamed up with Connelly. In another development, after some of the other young creatures attack him, Miles develops some of the creatures’ abilities- electrical surges and a need for excess salt (as well as some form of mental communication with the creatures), due to Nim healing him by licking his bites and scratches.

The presence of Nim in Miles’ life begins to make it more complicated as it becomes more difficult to keep the creature’s presence in his house a secret from his parents and sister. He begins to establish a rapport with Nim, as he begins to suspect the creature he has adopted is not just another regular web-footed aquatic lizard, but something far beyond what he originally imagined. Eventually these three are set on a collision course, brought together by their experiences involving their encounters with the creatures that have affected, and changed their lives.

In the series finale the creatures’ activities on the sea floor causes a massive earthquake which turns into a tsunami that destroys Puerto Rico and heads toward the east coast. this is just the beginning of more fantastic elements being introduced into the narrative, as Rich discovers a cryogenic version of Noah’s Ark in  a government facility. Also there were dozens of monorails being sent into the Mariana Trench. The series ends with Miles finally meeting Laura and Rich during the evacuation resulting from the coming tsunami. The last shot is of Miles, Laura, Rich and Caitlin looking out from the church steeple they climbed to escape the rising waters to see how the tsunami placed all of Wilmington, NC under water.

Frustratingly, the series’ schedule was broken up by the Olympics  after only ten episodes, and weeks later, another five episodes were broadcast marking the end of  the show when it was announced by NBC the series was cancelled. I have re-watched this series several times, and it remains interesting to me because it is unlike any other genre series i have seen on tv ever.

The abrupt cancellation ended up leaving several plot threads hanging without resolution or seeing where they might lead. As of the last episode shown, humanity loses a fight most people did not even know we were in. Brilliant stuff, too bad we will never know how it turns out in the end.