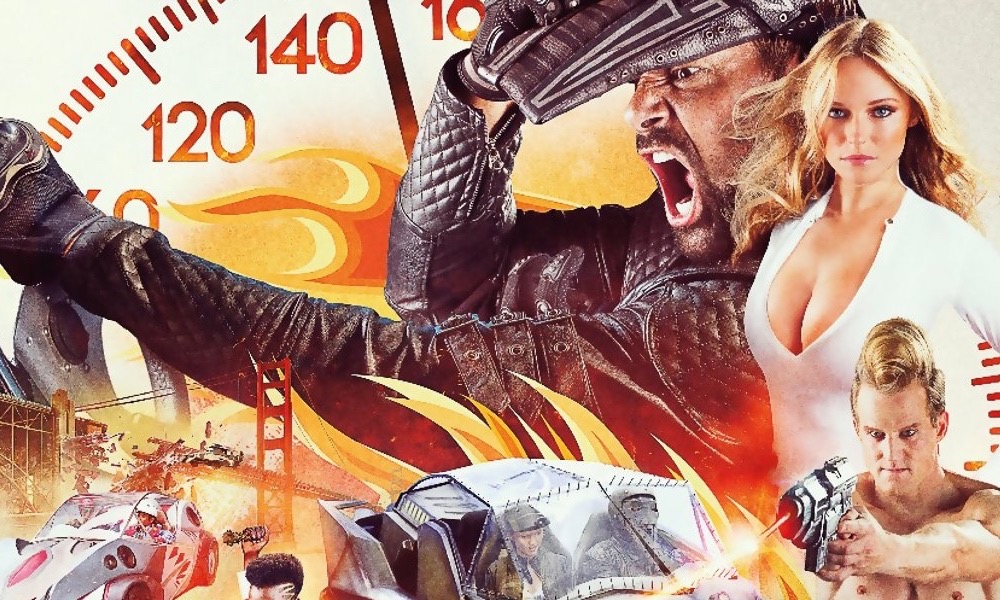 This is a bad movie. On the surface its seems to be intended as a camp, satire and sequel to the  Roger Corman classic Death Race 2000 (1975) that featured David Carradine as Frankenstein and also  included a notable appearances by  a very young Sylvester Stallone. Like the original this time around the film portrays a dystopian future where the cross country race is a form of entertainment designed to keep the population happy and distracted from their miserable existence in world controlled by the owners of few huge corporations.

The film makes attempts at humor, irony and satire in its depiction of its narrative and fails at each. The production quality is abysmal including props, sets, lighting, acting, and dialogue as well as special effects and even makeup.  The cars are plain silly. The film makes use of some appearances by bare breasts and bottoms in an attempt to distract from its other shortcomings, something Corman has never shied away from, but its not enough in this case to help make the film enjoyable.

Death Race 2050 features graphic portrayals of physical violence and death with people getting cutting cut in half at the waistline on several occasions. The resulting smiling of entrails and spurting blood  would not convince even the most unsophisticated views of being anything but fake and poorly faked at that.

There is an attempt to bolster the main plot (the race itself) with some nonsense about a revolutionary group out to kill the drivers and ruin the race. They needn’t have bothered, everybody dies anyway in a lackluster and failed attempt to portray the race as exciting or even interesting enough to care.

The film even goes so far as to try to be a satire of the Hunger Games franchise, blatantly ‘borrowing’ several ideas from the successful film series, an attempt that only makes it seem more pathetic. Did I mention the ninjas? Pathetic the film’s creators just threw in anything they they could think of, whether it made sense or not. Mostly it didn’t.

Manu Bennett was his usual gruff and growling  self, and actually tolerable in this as the cyborg Frankenstein who prefers to not get involved in politics, as was Marci Milleras the secret revolutionary, but the rest of the cast seemed like it was trying too hard to make the substandard material  seem better than it was. Malcolm McDowell as the chairman of the corporations, seemed like he was phoning it its like he usually does as of late.

The writing seemed like it might have been done under the influence of booze and drugs, and that may be the best way to view this one, under the same influences. Death Race 2050 is being released on Blu-ray, Digital HD, and DVD on 1/17/2017.