Modern Classics – Sky Captain And The World of Tomorrow: An Interesting Experiment In Need of A Better Story 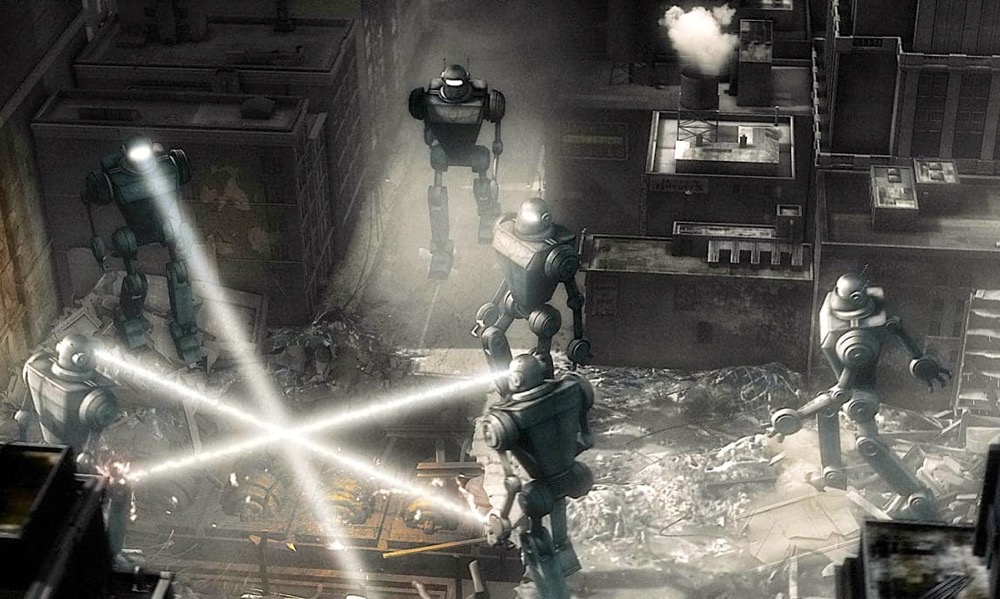 This nostalgic tribute to the matinee serials of the ’30s was a visual treat and full of good ideas, but as we all know, special effects are not enough to carry a film on their own.

When I heard about Sky Captain And The World of Tomorrow, I got excited because  I had always been a fan of the old matinee serials and hoped a good tribute to them would be a lot of fun to see. The good news was it was a treat visually at least; it was also full of the stuff that made movies of that sort tons of fun;  a thrilling mix of action, adventure, mystery, daring feats by a fearless hero, and in this case, the robots!

Sky Captain depicted so many awesomely cool designs for its mechanical menaces, all done in the Art Deco style of the era it pays tribute to, and, of course, the mystery woman who turned out to be a robot herself was a nice touch, despite being a somewhat predictable plot twist. The movie was full of good ideas like the gigantic flying robots reminiscent of the Max Fleischer Superman cartoon versions from that same period and various mechanical menaces that filled my heart with glee.

It had other things, too, like an adventurous flavor that reminded me of the Indiana Jones films and the films that had inspired it. Many people seem to forget that both Star Wars and the Indiana Jones movies were both tributes to the humble, often low-budget productions that populated the matinee serial shows way back when, and Sky Pilot at least attempted to be cut from the same cloth. Although it had a good solid story, it was a bit thin plot-wise and even thinner in its characterizations; it also made the mistake of packing most of the movie’s thrills into the first half of the film, leaving not much left for what should have been a big climax, but what ended up seeming anticlimactic and even disappointing.

Referring to Rotten Tomatoes, it’s interesting to note the critics had a much higher opinion of this film than the fans did. I enjoyed it a great deal for the most part, aside from the problems I have already mentioned. In hindsight, the fact they did the film entirely on the green screen was perhaps a distraction that worked against it at times. However, I still marvel at the look and feel of it with some shots so nicely done they perfectly resemble the old hand-tinted editions of the old films from the early days of motion pictures.

The approach of the film may have been a little too tongue-cheek for its own good. For example, the portrayal of the eponymous character by Jude Law is VERY tongue-in-cheek- whereas the other actors are playing their parts more or less straight. I found it strangely amusing that Giovanni Ribisi, who plays Dex, the Captain’s young friend, and the real brains of his team, looks like he’s ready to kill Captain Sky every time he pats him on the head and congratulates him for helping out (and saving his life on several occasions). It’s not clear if they did this intentionally or if Ribisi could not conceal his contempt for being treated that way by Jude’s character.

Gwyneth Paltrow seemed perfectly at home playing the feisty and outspoken Polly Perkins, a sort of surrogate Lois Lane and the standard female stereotype of the era. Angelina Jolie made a lasting impression as the Stalwart British officer Franky, a woman out of Captain Sky’s past. She was visually intriguing and compelling, as usual, and could have been a much more interesting part of the story with only a little adjustment to the script.

I still enjoy pulling this one out and watching it again from time to time. After all, those robots and all the rest are still pretty darn entertaining and fun. It would be interesting to see a remake of this film done more conventionally with a better script.