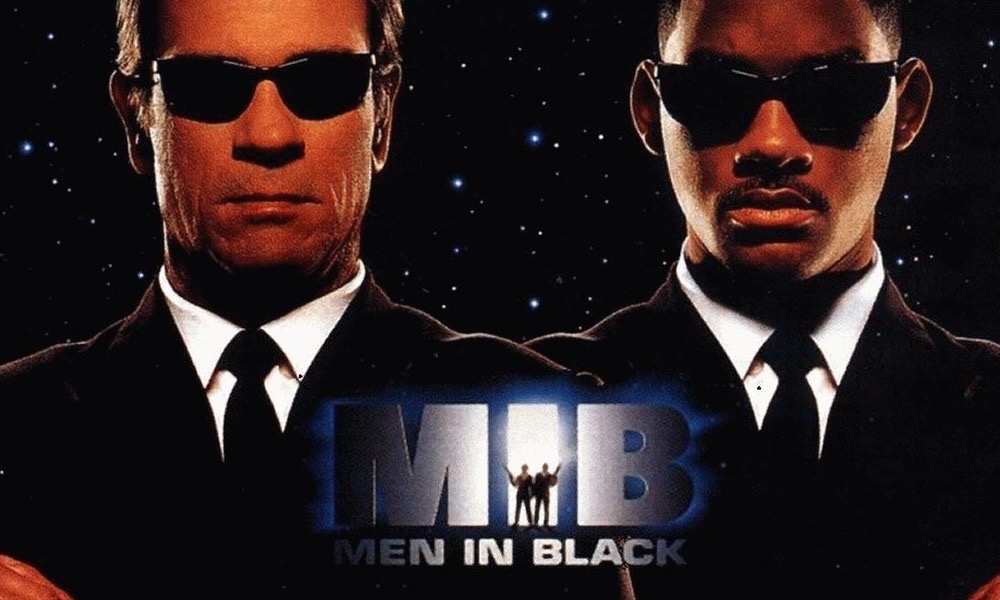 Over 20 years ago, this ‘fresh’ movie reminded us good science fiction could also be fun.

Suddenly, nerds and geeks became serious, highly opinionated versions of their former genre-loving fan selves who considered themselves qualified as experts on every aspect of movie-making, including acting, writing, directing, and even marketing. The child-like wonder was gone, replaced by a frenzy of cynical, mean-spirited comments that soon led to creating tribal groups of movie bashing thugs.

Before that happened, Men In Black came out. It was a movie that reminded us, and still does, that science fiction movies can be fun and be good sci-fi at the same time.

This modern classic was directed by Barry Sonnenfeld and based on The Men In Black comic book (Malibu) series created by artist Lowell Cunningham. The film stars Tommy Lee Jones and Will Smith as two agents of a secret organization called the Men In Black that supervises extraterrestrial lifeforms who live on Earth and help keep their existence a secret from ordinary humans. The film featured the spectacular creature effects and makeup of Rick Baker and visual effects by Industrial Light & Magic and had a unique musical score composed by Danny Elfman.

Men In Black is a great film for many reasons, and the cast is one of them. It’s one of those movies where everyone in it is close to perfect. You know you have something special when even the bit parts are great. Headed by the excellent onscreen odd-couple of Smith as the unconventional, animated, young, and athletic agent J, in sharp contrast to the somewhat dour, by-the-book, very straight-laced Jones in the part of K.

The rest of the cast includes the always welcome Rip Torn (I always thought this was the best stage name ever) as Agent Zed, the head of MIB. Linda Fiorentino, as the sexy medical examiner Laurel Weaver/Agent L. It also included a very young-looking Vincent D’Onofrio, in top form as Edgar the Bug, whose “borrowed” human skin continues to decompose as the film continues. The cast also includes Tony Shalhoub as Jack Jeebs, the sleazy alien-in-disguise pawn shop owner, Tim Blaney as the voice of Frank the Pug, an alien that resembles an earth dog, and a host of others that all contributed to making this film a memorable and entertaining treat.

The story is another reason this movie is so marvelously good. Most fans know it is a story about agents K and J out to find a missing galaxy before a very cranky and evil Edgar the Bug can prevent a war. The screenplay, mostly faithful to the comics it is based on, was written by Ed Solomon. Critics loved the script and praised its witty, sophisticated, and socially satirical humor. Men In Black is an excellent, nicely balanced blend of comedy, action, science fiction adventure, mystery, and social satire, with even a touch of sentimentality thrown in. Unfortunately, after a couple of missteps with sequels, the franchise fell out of favor with fans.

I love this movie and what it represents. In the universe of genre films, it is a great reminder that science fiction movies can be great science fiction and still be fun, an idea more recently reaffirmed by Guardians Of The Galaxy.

Sony Pictures recently released the second official for Men in Black International, the fourth movie in the Men in Black series, which seems to be more of a reboot than anything. This one introduces us to two new MIB members: Chris Hemsworth as Agent H, and Tessa Thompson as Agent M. It looks like the film’s creators managed to capture the look and feel of the franchises earlier films; as for the rest, we will have an opportunity to find out for ourselves June 14th, 2019. The cast includes Rebecca Ferguson, Kumail Nanjiani, Rafe Spall, Laurent Bourgeois, Larry Bourgeois, Emma Thompson, and Liam Neeson.