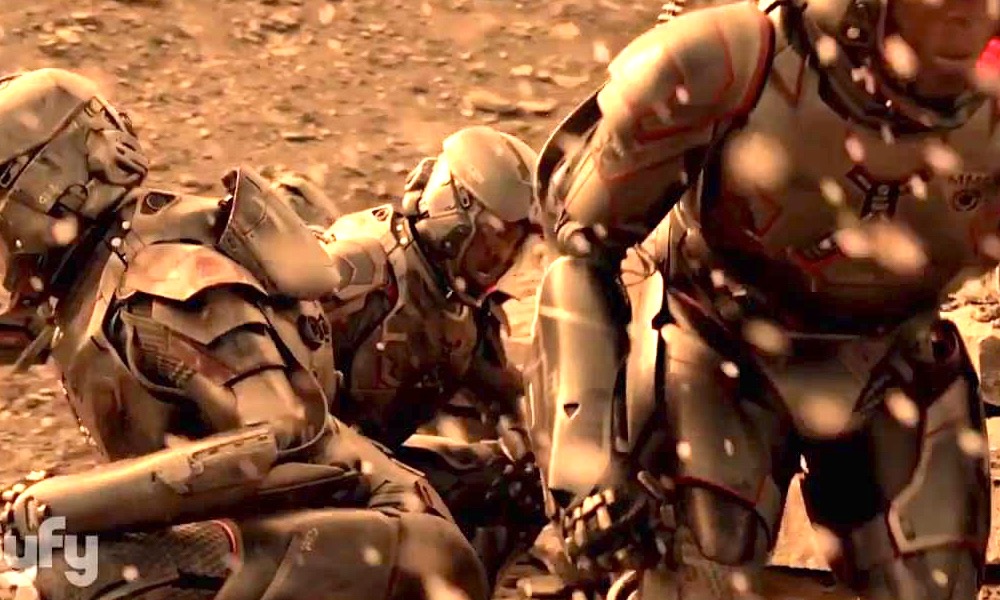 A new extended sneak peek for season 2 of The Expanse has landed and it is a doozy. It depicts some planet side action as some of the Canterbury’s remaining crew is shown in some future armor tech like suits that apparently includes built in weaponry for self defense.

The Expanse, of course, is the new smash hit series from Syfy going into its second season that premieres Februrary 1st, 2017