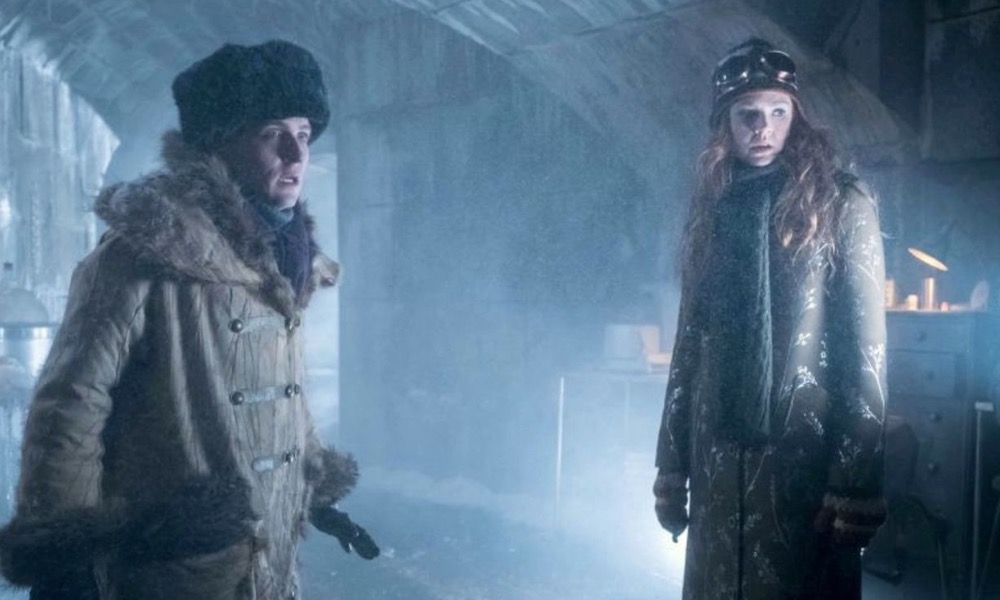 Last night’s episode was a reminder why I love this series, after a season of good and pretty good episodes we finally got one that was truly great.

Last night something occurred we haven’t seen on this series in awhile, a truly great eventful episode that was firing on all cylinders. Don’t get me wrong, I am fond of Gotham and I am a big fan of the series, but this season has been lacking in the really great and memorable episodes that it seemed we got on a more regular basis in the two previous seasons.

This rime around the show focused on the ongoing Court Of Owls arc along with the shenanigans of Ed Nygma, and the newly formed alliance of Ivy Pepper and Penguin. Nygma emerged this time around in his new Riddler persona in a way that helped define him and gave us an idea of what to expect from him in the future. His tendency to be overly theatrical and do things with a flourish, (often expressed with a gesture of his hands) seems to be the way he will be portrayed going forward, and it worked pretty well for me. He is pretty good as a stylish, attention craving, homicidal maniac.

Ed’s partnership with Barbara is one example of the direction the show seems to be taking at present with the formation of alliances between characters, that would seem to indicate an inevitable climax in store when these different team ups collide.

The episode had a few surprises in store with the reappearance of a couple of faces we haven’t seen in awhile, along with some unexpected developments that were surprising too. The Primal Riddle moved right along at a pace that never showed any signs of slowing down until it was nearly over, sweeping us along in a small tsunami of activity that was very entertaining.

We start out with two figures crossing a frozen landscape  and arriving at a  building of undetermined design, when they enter, it turns out to be Ivy Pepper (Maggie Geha), and Penguin (Robin Lord Taylor) who announce their arrival for anyone who might be within earshot, Surprisingly it turns out to be the hideout of none other than Victor Fries (Nathan Darrow), who is not very pleased to see Penguin since he was in charge of  a campaign to drive him out of town. They offer him employment as part of Penguin’s gang and despite his misgivings, his attitude thaws at the sight of his special suit which they brought along. Fries appearance is quite impressive, the job done on his look is really well done.

The pair continues their recruitment of Gotham’s Indian Hill freaks, and track down Firefly who is working in a foundry bare handed. They talk briefly and Ivy’s arguments seem to resonate with her because she joins them flinging some molten metal in the face of her abusive boss on the way out. Penguin takes his newly acquired allies back to his place and it’s apparent the two still do not get along. So far its a fragile alliance.

Meanwhile across town Ed Nygma (Cory Michael Smith), is cooking up some trouble with his partner in crime Barbara Keen (Erin Richards) who seems eager to work with him, despite the fact that Tabitha (Jessica Lucas), seems to hold a grudge towards Ed and would willingly kill him given the opportunity.Ed is aware of her animosity but seems unperturbed by it, only simply annoyed. Butch Gilzean (Drew Powell)  makes an appearance this time around with no explanation of where he’s been.

Ed remembers hearing about the secret organization behind Indian Hill and is curious to find out more about the people that really run Gotham. He makes it his mission to expose them. Ed, leaving clues for Jim and the GCPD decides to kidnap the mayor, making sure its big news so he can get the attention he craves. He makes an appearance during a play in a local theater and announces he;’s coming for them and kills an actor to emphasize he’s serious. After grabbing the mayor, he and Barbara get him to talk giving Ed enough make him delighted about the success of his scheme to track the Court down.

Jim (Ben McKenzie) is seen talking with Kathryn (Leslie Handrix), the face of the Court Of Owls, and she tells him he needs to pass another test before he can be trusted by the Court. She gives him the task of handling Ed. He has to turn him over to them. Ed tries to kill the mayor with a bomb he has attached to his neck, but Tabitha gives Jim the radio frequency to jam the transmitter’s signal. Jim takes Ed to meet Kathryn and for some inexplicable reason, Ed just gets in the car with her after turning over his gun. It turns out they don’t want to kill him but think he may prove useful because of his intelligence.If he’s so smart why didn’t he figure out there might be a good chance they will kill him?

In another surprising development, shortly after we see Jim being sworn in as the Court’s newest member. It was a dramatic and surprising moment, but really what choice does he have at this point?

While all this is going on, Faux Bruce (David Mazouz) is playing chess with Alfred (Sean Pertwee), and Alfred has noticed that something is off about his young employer but has mistakenly assumed it has something to do with some problem he is concealing , and Faux Bruce explains it as having to do with Selena (Camren Bicondova) telling him she doesn’t want to see him anymore. Alfred leaves the room and Faux Bruce notices he has a nose bleed.

We see him next being examined by a doctor with Kathryn in attendance, and the doctor shakes his head indicating things do not look good for the clone. Faux Bruce is aware he is dying and inquires about the Court’s plans and asks how many people will die. We find out who he is really concerned about when we see him next emerge from the shadows when Selena returns home to feed her cat.

Initially mistaking him for the real Bruce, she is angry that he is there, but after he confesses he is not Bruce she shows concern about the real Bruce and his whereabouts. Selena is apparently in one of her bitchy moods because she tears into the clone with some harsh words and says she is going to go tell Alfred. That’s when Faux Bruce pushes her through the window of her loft sending her crashing to the street below.

I suppose it was meant as some sort of tribute to Tim Burton’s Batman Returns (1992) but the show almost exactly reenacts the whole scene where the future Catwoman is pushed out of the window, falls to the street below, and is later surrounded by stray cats. I have to admit I was surprised by the decision to do this. Although flattering, it showed a certain lack of originality. The last we see of Selena is her lying on the pavement with lots of cats scurrying around her prone figure lying there with her eyes open. Of course, we know she’s not dead, but it sure was eerie that they did that in the way they did.

I enjoyed this episode immensely, because of the surprising developments and the pacing of the show. It was a doozy of an episode.