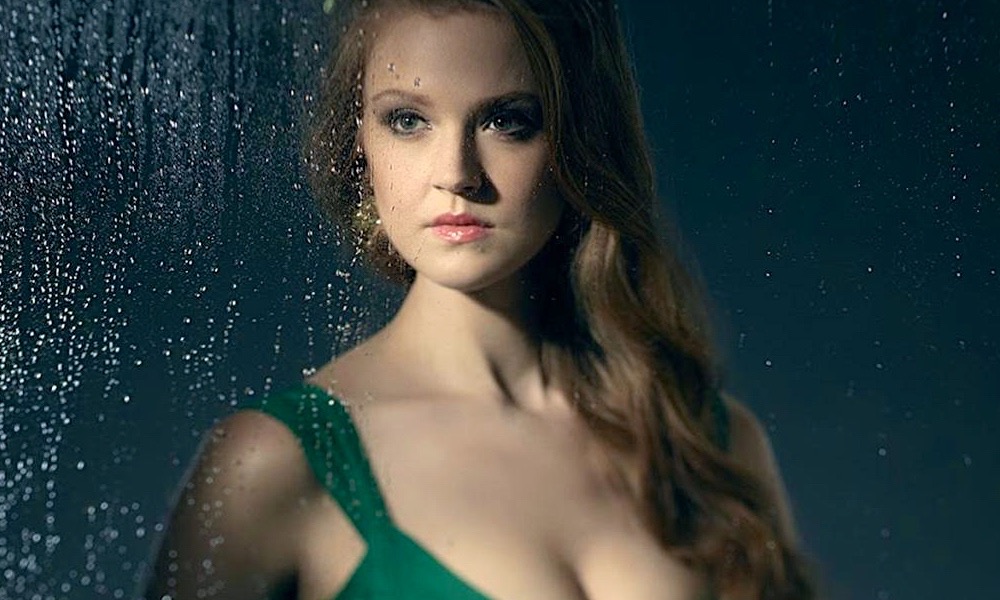 Barnes goes off the rails, Penguin tries to console Ed, and Ivy reveals herself to Selena in a fully loaded episode.

Another great episode in a season that’s shaping up to be potentially every bit as good as the stellar season 2 was. This time around , along with the usual elements of action, suspense, and drama there was also surprisingly an element of humor as part of the mix

The episode saw one story line wrap up while continuing to develop others the series has been dwelling on for awhile, and I suspect one of those plot lines will become the show’s focus beginning next week as we near the halfway point of the season.

Here’s a recap, laced with some comments (*warning, spoilers follow*)

We rejoin the residents of the dark city soon after the events of last week’s episode and things are much as we left them. Barnes (Michael Chiklis) has gone batshit crazy under the influence of Alice Tetch’s blood and has assumed the role of judge, jury, and the occupation mentioned in the episode’s title on a one man crusade, to rid Gotham of crime and evil.

Jim (Ben McKenzie) is following through on his investigation of Barnes as the chief suspect in the Symon muder case, and his instincts are telling him he’s right, He tells Bullock (Donal Logue his suspicions and Harvey thinks its impossible, but agrees to help Gordon wit the investigation with some legwork.

Meanwhile, Barnes hs captured and strung up three victims in his murderous campaign, and after delivering a short soliloquy, summarily dispatches them all by hanging them to death. Chiklis seems to be having fun really hamming it up as the crazed Barnes

Next we join the new more adult version of Ivy (Maggie Geha), in her little green dress that she uses to open doors as she enters the home of an obviously prosperous antique dealer. She is a touch too obvious and over eager to find out where the good stuff is, good for stealing that is. Ivy is not a good thief, lacking in Selena’s experience and skills

She mentions she likes plants and applies a scent to her neck inviting her host to check it out, and he does. It puts him in a very suggestible state and she leaves him to case the joint. She picks the gaudiest necklace she sees to steal and prepares to leave, but as she does so, she encounters her host who is none too happy about her criminal behavior at his expense. She manages to fight him off and breaking a vase over his head she manages to escape.

Meanwhile, across town, Penguin (Robin Lord Taylor), at home in his mansion is getting his portrait done and Ed (Cory Michael Smith) is there and is out of sorts because he hasn’t heard from Isabella (Chelsea Spack), and just then he gets the call from the GCPD who want to see him downtown but won’t say why.

He is devastated at the sight of her damaged corpse and after being cleared of any wrong doing returns to Osawald’s falls into a deep state of mourning, secluding himself from the world. Penguin finally has him to himself.

After her little adventure with some bad criminal types on her heels Ivy decides its time she paid Selena (Camren Bicondova) a visit and revealed her true identity. This leads to some very amusing moments in the episode, as Ivy, Selena and eventually Bruce (David Mazouz) attempt to deal with Ivy’s amateurish attempts at crime.

Bruce is skeptical, but Selena convinces him its true and offers as proof that Ivy ate all of her food as soon as she arrived. She punches Ivy for being alive and not telling her sooner. Soon the three of them find themselves on the run as some mysterious crossbow armed thugs arrive and try to kill them.

Ivy explains the situation and the game is afoot, as the three of them are on the case trying to figure out what to do next. Something about the situation causes Ivy to realize that Bruce and selma are a couple now, which Selena of course denies, leaving Bruce confused once again. Their entire conversation was quite amusing and actually got me to chuckle out loud a couple of times.

The three of them resemble a sort of junior Scooby gang, and Geha does an excellent job of portraying a woman who is still a little girl on the inside, helped along by some very amusing dialogue. They decide to return the bauble, and returning to the scene of the crime, they find the victim of Ivy’s theft dead with a crossbow bolt though the eye. Selena tosses the necklace away and it breaks revealing the main stone as having a key hidden inside it and just as the plot thickens, the show leaves us hanging by switching scenes and leaving us to wonder what happens next.

Ed is snapped out of his withdrawal by Penguin and visits the scene of the train crash that killed his darling love and suddenly his mind begins working again and he asks a local panhandler who is blind if he witnessed anything that night and the man tells him he heard her screaming before the crash.

Ed investigates further and for some reason is the only one to discover that Isabella’s car had its brake lines cut, something the GCPD apparently overlooked. He becomes certain of foul play and immediately suspect Butch Gilzean, who along with Tabitha have not been seen in weeks. he does not suspect the psycho who is actually behind the crime.

Barnes approaches Jim and creating a flimsy excuse  get him to join him a lead he wats to follow up on in avery secluded part of town and when they arrive they find a character who barnes knows didn’t kill Symon but wants to execute for crimes any way which rhodes right in front of Jim. he plans to kill Jim next, Gordon manages to escape and runs away  with Barnes giving chase, Jim manages to call Bullock and explains the situation and where they are.

Jim manages to elude the crazed Barnes for awhile bu eventually he finds himself cornered buy the lunatic and it looks like the end of the line, but of course, this being television the calvary arrives just in time. Jim gets the drop on barnes and they have big fight that ends in draw justas Bullock and the rest of the cops arrive.

barnes is arrested and it looks like the end of brief, but bloody rampage around the city. he is last seen in a straight jacket in a very dark room yelling the word Guilty! over and over again. One has to wonder if that’s the end of Barnes. After all up until now exposure to  Alice’s blood has always proven fatal. nd there’s no reason to suspect that bones will be any different. Or is there?

Obviously I enjoyed this episode very much, it had the requisite amount of action, surprises, suspense and mystery plus some very well done humor regarding Ivy’s return, or as Selena put it several times – “You just had to come back”

It looks now like we finally done with the entire Mad Hatter story arc and I am glad of it it just seemed like it overstayed its welcome just a teeny bit,  and i am relieved to think the season is finally going to be moving on to other things. With the season about one third over there’s still plenty to look forward to and after season two, I’m sure they have some pleasant surprises in store for us fans of the show.  Until next week, happy viewing.