Genre Icons: Catwoman – A Feminist Icon Second Only To One 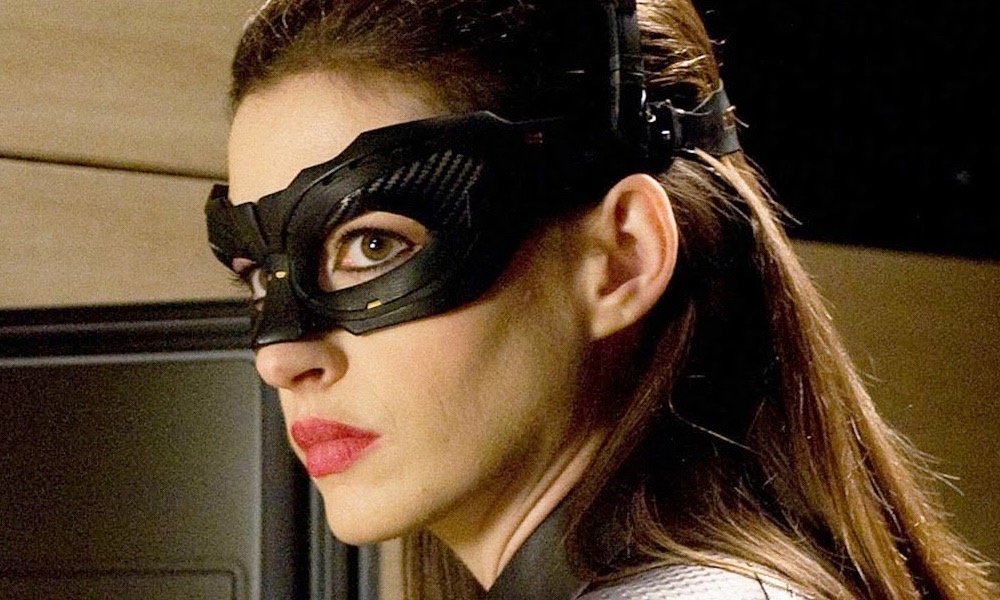 With all the fuss made over the 75th anniversary of Wonder Woman, it seemed only fair to mention the other feminist icon born in comics, Catwoman.

Catwoman (Selina Kyle) is, of course, the fictional character appearing in American comic books published by DC Comics, commonly in association with the superhero Batman. The character, a creation of Bob Kane and Bill Finger, made her debut in “Batman #1” (Spring 1940), in which she’s  introduced as “the Cat.” Catwoman is traditionally known as a supervillain and adversary of Batman, but more recently is has been portrayed as more of an antihero than a traditional villain.

The original and most widely known Catwoman is Selina Kyle. The character’s appearance was inspired by Kane’s cousin, Ruth Steel, as well as actress Jean Harlow. In her first appearance, she was a whip-carrying burglar with a taste for high-stake thefts. For many years the character thrived and had continued to endure as a modern feminist icon. The one exception being from September 1954 to November 1966 Catwoman took an extended hiatus due to the newly developing Comics Code Authority in 1954. These issues involved the rules regarding the development and portrayal of female characters that were in violation of the Comics Code, a code which is no longer in use.

A familiar figure, Catwoman has been featured in most media adaptations related to Batman. Actresses Julie Newmar, Lee Meriwether, and Eartha Kitt introduced her to a large audience on the 1960s Batman television series and the 1966 Batman: The Movie. Michelle Pfeiffer portrayed the character in 1992’s Batman Returns. Halle Berry starred in a stand-alone Catwoman film, 2004’s Catwoman, which was a critical and commercial flop, and bears little to no resemblance to the Batman character. Anne Hathaway portrayed Selina Kyle in the 2012 film The Dark Knight Rises and, most recently, a young version of Kyle is played by Camren Bicondova on the 2014 television series, Gotham. She has also been voiced by Adrienne Barbeau, Grey DeLisle and Laura Bailey.

Interpretations of the character include:

In the 1966 live action television series, Batman, Catwoman is portrayed by Julie Newmar, Lee Meriwether, and Eartha Kitt. Newmar portrayed Catwoman in the first and second season, and Kitt portrayed Catwoman in the third season. This version of the character was given neither a background nor an alter ego, but focused instead on her costumed aspects. The costume created for the series was similar to the green catsuit appearing in the comics at the time, though Newmar constructed it from black Lurex fabric.

The 2002 television series Birds of Prey included an adaptation of the Silver Age Huntress as one of its main characters. Catwoman was also adapted for the show as she is an integral component of the back story for Huntress. That adaptation was limited to the alter ego, a costume design similar to the one used in the 1992 film Batman Returns and adding the aspect of the character being a “metahuman.” Actress Maggie Baird portrayed Catwoman, and her appearances were limited to a flashback of her death as part of the series title sequence and the rare in-episode flashback.

Michelle Pfeiffer’s portrayal of Catwoman in the 1992 feature film Batman Returns. Re-created by Daniel Waters, the character depicts the Selina Kyle from “Catwoman: Her Sister’s Keeper,” and remains one of the most compelling and memorable portrayals of the character to date. Pfeiffer excelled in the role and made it hers forever portraying the character as borderline psychotic and both scary as hell and sexy at the same time.

In 2004, the feature film Catwoman, Starring Halle Berry became an infamous flop. This movie’s Catwoman bears little resemblance to the comic book version. Berry portrays Patience Phillips, an artist and graphics designer. The film was a flop because it was not very good, not good at all in fact.

Anne Hathaway portrays Selina Kyle in The Dark Knight Rises. This version was an enigmatic one, a wily and witty con artist, as well as a high society grifter. She is a femme fatale antiheroine whose actions often blur ethical lines, similar to her portrayal in the comics.This time around the character is an ambitious thief concerned with only looking out for number one and not shy about committing homicide to get what she wants.

A younger version of Selina Kyle is featured in the TV series Gotham, portrayed by Camren Bicondova. Selina Kyle is a 14-year-old thief and orphan who lives on the streets of Gotham City. In the series’ pilot episode, she witnesses the murders of Thomas and Martha Wayne. It’s an interesting take on the character and Bicondova’s portrayal is an enjoyable, engaging, and sometimes amusing one. The show’s depiction of her relationship with Bruce Wayne is an interesting take on their relationship and how it got started in a newly crafted version of the mythology.

There are also numerous animated versions of the character over the years.

Smart, sexy, a character who often outwits her opponents as well as dominating them in physical combat, the character personifies the enigmatic mysteries of the female gender as well as its strengths. Catwoman is an icon of the modern woman as well as an enduring archetype of all that is a woman as well, and one that is likely to be around if not forever, for a very, very, long time.