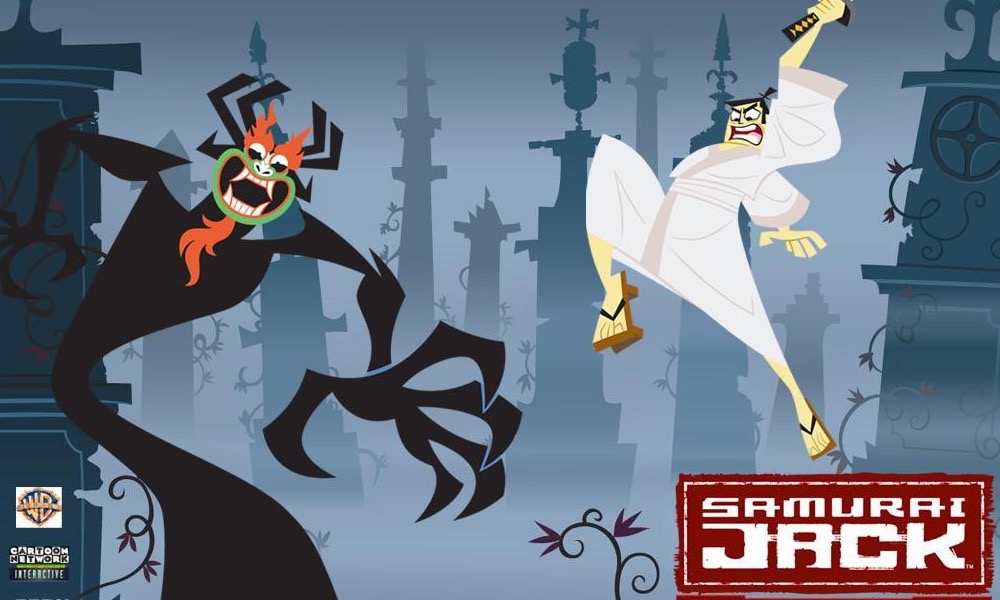 Good news for fans of the great sci-fi/fantasy series, the epic story of Genndy Tartakovsky’s Samurai Jack is not over! Cartoon Network announced that Samurai Jack will be returning to Adult Swim’s Toonami in 2016 with brand-new episodes.

Most genre fans need no introduction to the series that follows Jack, a time-displaced samurai, in his singular quest to travel back in time and defeat the tyrannical, shape-shifting demon Aku. The series premiered on August 10, 2001, with a TV movie called The Premiere Movie. The series ended on September 25, 2004, after airing 52 episodes.This is no ordinary cartoon show, it raised the the genre to the level of art, as well as being an excellent, reliable series for top- notch adventure stories.

Tartakovsky drew from a number of influences when creating the series, including the 1970s series Kung Fu, classic anime, and the works of directors Akira Kurosawa and David Lean. It is a remarkably clever concept for a show combining multiple concepts into the storyline such as time travel, future technology including robots and space travel, along with the fantasy elements of spells, magic, and the supernatural. The events that lead to Jack’s bizarre odyssey is similar to those from the Odyssey of Greek mythology and Jack is Odysseus.

The artwork and character designs are distinctive and memorable with background art sometimes blatantly based on classic Japanese art suddenly contrasted with Tartakovsky’s own simplistic style. The portrayals of the future and past are a mix of classically styled renderings of nature, and post modern surreal portrayals of a grim dystopian high-tech vision of a future world gone mad. The series is simirlarly populated by characters drawn from a wide range of cultures and influences which kept it fun, interesting, and sometimes surprising.

The voice work is noteworthy too, utilizing the well known talents of  Phil LaMarr as the eponymous samurai, and the very interesting choice of Mako Iwamatsu as the voice of Aku. Mako rocks as the evil demon and is a pure delight in the role. One has to wonder who could they possibly find to fill Mako’s shoes in the iconic role? His opening  monologue not only sets the tone of the show, but also serves as exposition for the narrative that follows. it is wonderful, and I never tired of hearing it done, as only Mako could:

“Long ago in a distant land, I, Aku, the shape-shifting Master of Darkness, unleashed an unspeakable evil! But a foolish samurai warrior wielding a magic sword stepped forth to oppose me. Before the final blow was struck, I tore open a portal in time and flung him into the future, where my evil is law! Now the fool seeks to return to the past, and undo the future that is Aku!”

Tartakovsky hs attend the character has changed and so we can expect him to be slightly different, he has gone over to the dark side somewhat during his journey

This is a delightful series, and it received critical acclaim as such. It won 4 Primetime Emmy Awards, 6 Annie Awards and 1 OIAF Award, as well as eight additional nominations. All four seasons have been released on DVD by Warner Home Video.

The series is scheduled to return in March. check back here on the Sci-Fi movie page for updates as they become available.