Rogue One (2016): A 21st Century Tribute To Classic War Movies That Works 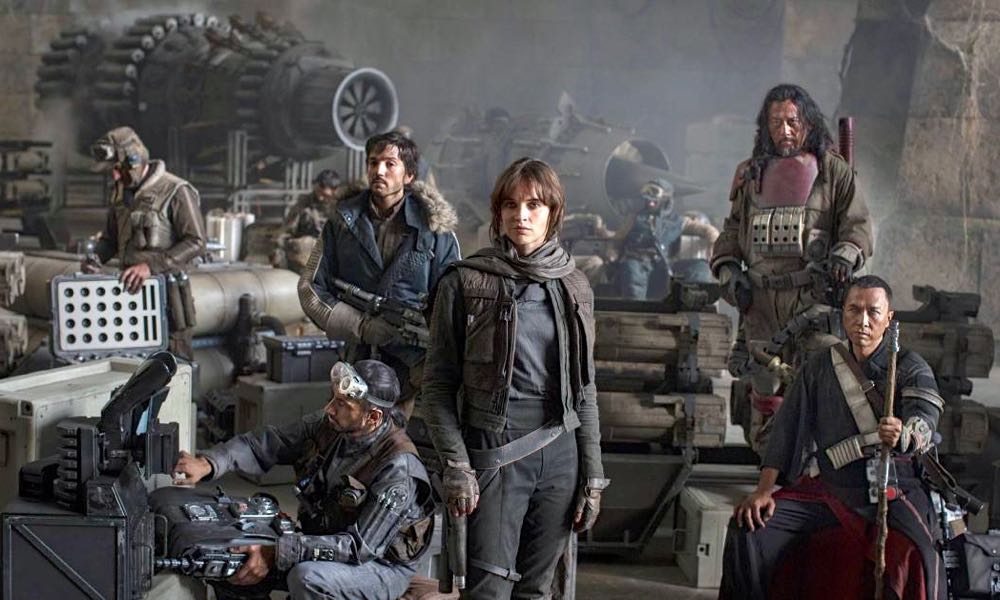 Re-visiting the Star Wars spin-offs the other night, I realized the key to Disney’s approach to telling new stories set in the Star Wars Universe is a simple one that works out well here; they decided to make films that are tributes to the great films of the past. This film explores the classic wartime trope of the all-important-mission-that-could-change-the-course-of-the-war ending up in the hands of a small group of misfits who must complete the mission or die trying in the fashion of films like The Dirty Dozen (1967) and The Guns Of Navarone (1961).

It’s not difficult to figure out why Disney made the obvious choice to do a tribute to the great war stories of the past as its first post-Goerge Lucas foray into the Star Wars Universe outside of the Skywalker saga. First of all, it’s called Star Wars for a reason; it’s a story about the war among the stars that also involved some more pragmatic thinking. It’s hard to resist a good war story because these stories are an inescapable part of the human condition and part of our DNA. War stories are among the most popular stories told on film. Besides providing a context for the adventure, action, drama, and thrills we love, these tales of people in crisis put the full spectrum of the human condition on display with stories of duty, love, sacrifice, bravery, cowardice, good and evil all while reminding us that war is hell. These themes are timeless, sometimes considered ‘corny,’ and as old as storytelling itself.

The cast does an excellent job with this material, with especially memorable performances from Felicity Jones as the film’s resident Disney princess with modern sensibilities and Alan Tudyk as the ex federation robot turned rebel, K-2SO. Forrest Whitaker turns in a way-over-the-top performance as Saw Gerrera. James Earl Jones reprises his role as Darth Vader. Under close inspection, Rogue One’s posthumous CGI portrayals of Peter Cushing and Carrie Fischer are admittedly somewhat creepy.

Rogue One is a Star Wars movie through and through. This film manages to capture the look and feel of the original trilogy while breaking from tradition at the same time by dropping the traditional scroll opening and getting right down to the business of telling its tope-filled story depicting a time of change leading to war.

Rogue One takes full advantage of the Star Wars Universe that serves as the story’s context. Like always, the work of Industrial Light and Magic, for the most part, elevates this film beyond its more down-to-earth counterparts with first-rate art direction and spectacular CGI effects to seal the deal in a movie that mostly succeeds in what it sets out to accomplish in a thoroughly enjoyable manner.