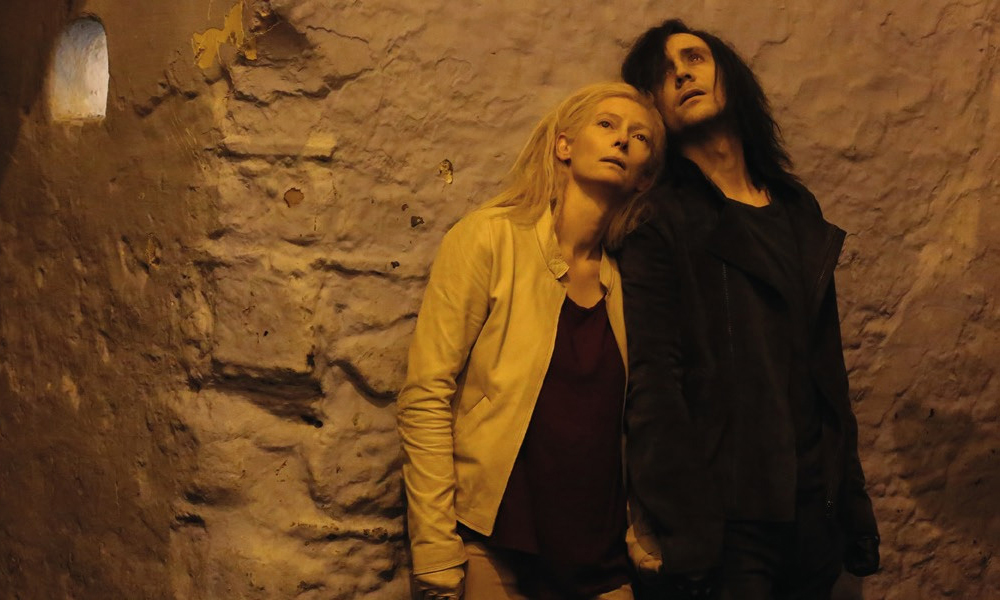 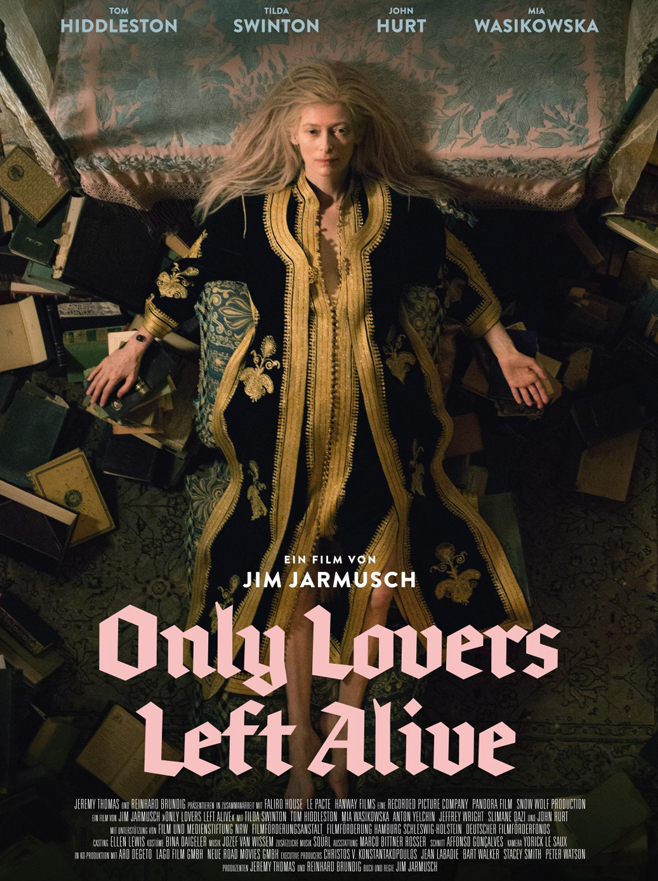 The Vampire market is a saturated, fat mess. We are passed the point of sparkling movie gods and TV series that ignore their eternal characters aging. I saw the trailer for Jim Jarmusch’s Only Lovers Left Alive totally cold. No one told me to check it out. Imagine my surprise when I saw Loki, better known as Tom Hiddleston, playing an ageless rock ’n’ roller with Tilda Swinton as his wife. The trailer set it up perfectly. In being a recluse and a mystery, more people would only be interested in Adam’s (Hiddleston) music. To this he replied, “what a drag”. Only Lovers Left Alive does not feature a plot about a vampire rock star who is trying to escape his own fame. In fact, there isn’t much of a plot to begin with, which is what makes it so damn good.

Adam and Eve (Swinton) look as if they are complete opposites. He wears all black, lives in Detroit, plays music, fiddles with old technology, despises world, and buys his blood from the hospital. She wears all white, lives in Tangier, reads any book she can find, embraces the magic of the world, dances for no reason, and gets her blood from a legendary author (John Hurt). It is not until she calls him on her iPhone that we learn they are husband and wife. She sees the sorrow in him and decides to visit her man.

In the realm of Vampire movies there are always rules, things they can and can’t do. Jim Jarmusch dumps the majority of these scenes into the special features. Yes, they burn when sunlight hits them and so fourth. To concentrate on his small story at hand, Jarmusch assumes we know all we need to know about the standard Vampire mythos and reveals one small thing about his Vampires. Ian (Anton Yelchin) is Adam’s go-to guy. A jack of all trades that keeps Adam in stock of vintage guitars and fulfills the occasional odd request. Jarmusch’s Vampire knows how old an item is by touching it. So when numerous guitars are displayed at Adam’s feet, he knows all he needs to know about them. By the end of this scene, Adam asks for a wooden bullet. He clearly has had enough of the world.

Eve’s arrival opens up this small story and we learn of Adam’s dismay. The zombies, what he calls humans, have contaminated everything in the world, including their own blood. Adam is starting to feel it and his lust for life is starting to fade. This is evident in his choice of where he resides. Adam lives in Detroit and upon taking Eve on a tour of the city, he beautifully illustrates what was once there and then shows her/ us what remains. Hiddleston sells us on our own downfall. It is evident that darkness, Adam, clearly cannot survive without light, Eve. Her arrival changes everything including the tempo of the film. However, Adam’s re-kindled happiness is short lived as Eve’s sister Eva (Mia Wasikowska) arrives.

The plot or story to Only Lovers Left Alive is a simple one. If you are with the person you love, then embrace it and live every moment as if it were your last. When Adam and Eve’s world comes crumbling down, they retreat to what they believe is safety. The world, it seems, might have no place for these two. This film is brilliantly acted and has an incredible heart. Never before have two vampires been on screen where their love was all that mattered and their struggle to survive was so important to the audience.