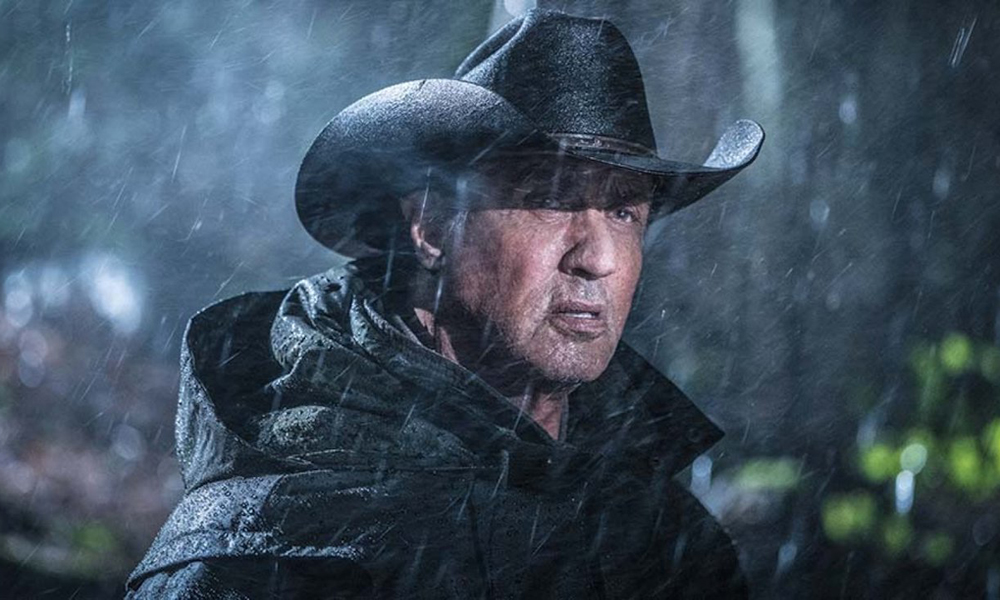 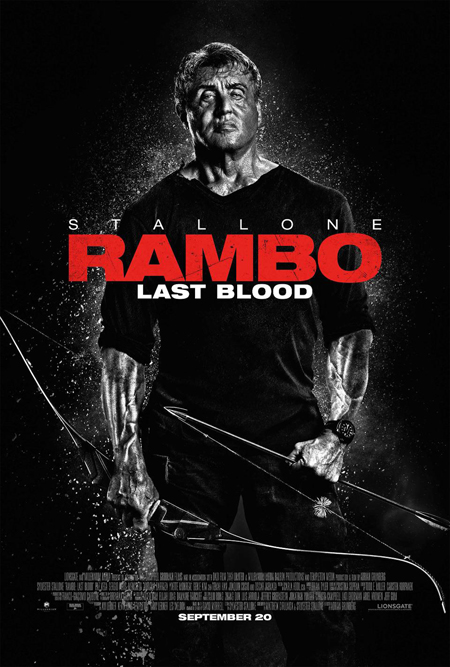 From the beginning, the story of Rambo (no “John J” in the original novel) has always had some political undertones (sometimes overtones) – treatment of our Vietnam Vets, the question of POWs in Vietnam, the spreading of Communism, tyranny, and now… sex slaves (or the US-Mexico border if the Viewer so chooses to go that route). However, those have always been part of, but not necessarily the main plot, of the films (book) – and it isn’t this time either, unless the Viewer chooses to make it so.

The First Blood films (or Rambo films) have always represented the era in which they were made but they also have been stylistically entertaining – in particular Rambo: First Blood Part II (which changed action films forever). Rambo: Last Blood is no different. The style is different from the previous entries (just as II and III were different from First Blood, and Rambo was different from any of the previous 3 films). Rambo: Last Blood is very clearly a 2019 action film – short, choppy, handheld action sequences, with a first act that will truly can make a father squirm in his seat with it’s portrayal of the kidnapping and “training” of sex slaves; a second act showing a man truly possessed with rage that he has kept under control for 10 years; and the third act that truly out Rambos even Rambo.

I had read that Sylvester Stallone had wanted to finally get to the core of the character of Rambo as seen in David Morrell’s original novel. That gave me lots of high hope – and I currently can’t decide if it was done or not. For me, the character of Rambo represents a soldier who has done his duty, has trained for killing, knows his job well, yet wants to choose peace before war, as so many who have seen true war so often do. After being forced to use those skills when he was not wanting to do so, after Sheriff Teasle and the police force draw First Blood, Rambo is forced to rely on those skills to survive (it should be noted that in First Blood only one person is killed – and that is by a rock thrown at a helicopter which is caused to become off balance resulting in the deputy falling to his death – it is not until Rambo: First Blood Part II that the body count truly begins). After his ordeal with Teasle, Rambo clearly is unhappy with himself and the war machine that he has become – we see this continue through the next 3 films – but with Rambo: Last Blood that war machine is clearly embraced (rather than shunned at first) in a way that will make the audience uncomfortable and entertained in a way that I have not seen before on film (it will be interesting to see if the changes that Rambo: Last Blood made on film will have the same impact as Rambo: First Blood Part II did on the genre).

I have read reviews complaining about the excessive violence in Rambo: Last Blood. Yes, the amount of what I will call “harsh violence” is very real, but, unlike some reviews I have read that believe it was done just to do it, I disagree vehemently. As I stated before, Rambo does not want to become the war machine that he is in the previous 4 films. First Blood he has to act in order to survive. Rambo: First Blood Part II he does not wish to return to Vietnam, but rather stay in prison, until truly convinced he is the only one who can do the job. Rambo III he is working on becoming at peace with himself in the monastery until he finds out that Colonel Trautman, his mentor, has been captured. In Rambo he has worked his way away from war and those that can convince him to fight by working in Thailand, until he, once again, is talked into the mission which even after taking he almost walks away from. Rambo: Last Blood is the first time that there is zero hesitation on the part of Rambo to become the war machine – and, for me, that is the very reason for the new level of violence – for the first time we see Rambo truly unleashed.

For 90 minutes, Rambo: Last Blood carries the torch to completion very well for This Viewer – others may not agree. The end credits are wonderful (no spoilers here from me), the score is pure First Blood, and the character of Rambo has evolved in a way that I believe Stallone carries out to near perfection. If the Viewer is a true Rambo fan, then I believe that this film will allow them to be happy as his story comes to an end. If the Viewer is only a fan of the films and has never chosen to delve deeper into the character (and for this the novelizations of Rambo: First Blood Part II and Rambo III simply must be read – they are wonderful novels that will make you wonder, possibly, why you even bothered with the films) then the ending of the saga is likely to be lackluster and, honestly, disappointing.

Thanks to David Morrell’s Rambo and Don Pendleton’s Mack Bolan characters I have enjoyed thousands of hours of escapism, education, and values that have truly developed the person I am today. If you are a fan of the genre then go see Rambo: Last Blood and enjoy the company of the man whom we have grown up with and embrace his one last fight…